The Indictment, Electronic Filing Policies and the “/s/” Signature 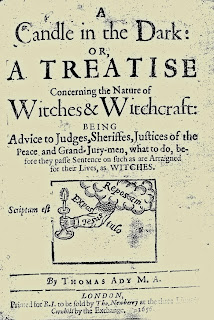 As Wikipedia notes, the 5th Amendment to the U.S. Constitution provides, in part, that

[n]o person shall be held to answer for a capital, or otherwise infamous crime, unless on a presentment or indictment of a Grand Jury, except in cases arising in the land or naval forces, or in the Militia when in actual service in time of War or public danger. . . .

As Wikipedia also notes, courts have found that “infamous” crimes are, essentially, felonies.

Historically, an indictment was a charging document returned by a grand jury; this is still true in the United States, which retains the use of the grand jury. If you’d like to see what a federal indictment looks like, you can find one here.

(As Wikipedia notes, in some states and under certain circumstances in the federal system, prosecutors can use an information, a charging document not returned by a grand jury, to charge a felony.)

This post is about a recent opinion in which a federal district court addressed a rather novel argument made by a defendant who had been indicted – or, as he argued, had not been indicted – by a federal grand jury. Before we get into the opinion, I need to explain a bit about how the indictment process works at the federal level.

That brings us to U.S. v. Marshall, 2011 WL 3924160 (U.S. District Court for the District of Connecticut 2011). According to a U.S. Department of Justice press release, on May 13, 2011, Kerry Marshall was convicted of “20 counts of bank fraud and one count of fraud using an access device” based on evidence that

between July 2005 and June 2006, [he] obtained blank credit card checks . . . without the account holders’ knowledge. . . . [A]ll of the account holders lived in the vicinity of [Marshall’s] former residences in West Haven and New Haven. [Marshall] made the checks out to himself or to Truth Be Told Publications, a business associated with [him], forged the account holders’ signatures and then deposited the fraudulent checks into various bank accounts he held. [He] then withdrew the funds in cash, or used them to make debit card purchases.

After being convicted, Marshall filed motions for acquittal and for a new trial pursuant to Rule 29 of the Federal Rules of Criminal Procedure, both of which the federal judge who has the case apparently rejected. U.S. v. Marshall, supra. He then filed a motion asking the judge to reconsider those rulings, which is what this opinion addresses. U.S. v. Marshall, supra.

Marshall claimed the indictment against him was “a `nullity’ because the copy of the Indictment filed on the electronic docket bears a typewritten `/s/’ in place of the grand jury foreperson's signature.” U.S. v. Marshall, supra. As I noted earlier, grand jury forepersons sign indictments, so Marshall is saying that since the electronic version of this indictment doesn’t have the foreperson’s signature on it, it’s invalid. He apparently argued that “`the Indictment was not presented to the grand jury or returned with the concurrence of 12 grand jurors’”, based on the “/s/” signature. U.S. v. Marshall, supra.

The district court judge noted that under § XI.C of the District of Connecticut’s Electronic Filing Policies and Procedures, “`documents signed by a grand jury foreperson . . . may be filed ‘as PDF documents containing a “/s/” signature.'“ U.S. v. Marshall, supra. The judge explained that

a significant amount of Marshall's Motion is based on his incorrect belief that this policy is intended to permit documents to `be submitted by a grand jury foreperson containing an /s/ signature.’ Mot[ion]. at 7 (emphasis added); see also id. at 8 (describing the policy as one that `call [s] for grand jurors to place an /s/ on the face of an indictment’).

Notwithstanding the flaw in this reasoning (i.e., that the person who submitted the document on CM/ECF is necessarily the same person as the one that placed the ‘/s/’ on the document), the court assumes that the conclusion is correct. Indeed, the court has always assumed that the `/s/’ was placed on the document by the prosecutor or by someone acting on his behalf. The point of citing the ECF Policies was to illustrate that this practice is ordinary and permitted by the court, not a cause for suspicion. The ECF Policies plainly contemplate that counsel may prepare and file a copy of the document with the signature replaced by an `/s/.’

Marshall claimed “the policy at issue is not `consistent with protections afforded Defendants under the 5th Amendment of the U.S. Const.’”, i.e., with the right to indictment in felony cases, but the judge noted that her prior ruling “explained that the authorities cited by Marshall undermine his claim that docketing of an electronically signed copy of the Indictment is inconsistent with the 5th Amendment.” U.S. v. Marshall, supra. The judge also explained that Marshall was claiming her

prior discussion of those authorities overlooked their holding that the absence of a grand jury foreperson's signature `is fatal if it demonstrate on its face a failure of at least 12 grand jurors to concur, evidence by a certificate of concurrence filed with the Clerk of the Court.’ Mot[ion]. at 7. None of those cases so hold.

Finally, the judge explained that to the extent that Marshall

Is complaining that he has not seen a copy of the separate record showing the number of grand jurors who concurred in the Indictment, . . . such records are to be filed with the Clerk and `may not be made public unless the court so orders.’ Rule 6(c) of the Federal Rules of Criminal Procedure. The court has confirmed that this record is properly filed with the Clerk and that the record shows that more than a sufficient number of grand jurors concurred in the decision to indict. There is no need for the record to be made public in this case. There has been no violation of Rule 6 or the Fifth Amendment.

As to “confirming” that the record was properly filed, earlier in the opinion the federal judge said she had

I found the opinion interesting because it shows how something as presumably simple and straightforward as shifting to electronic filing can generate claims of unfairness or even unconstitutionality.

Posted by Susan Brenner at 5:43 AM