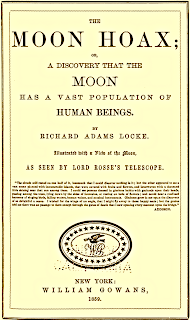 This post examines a civil case, or maybe a series of cases, that involved a court’s imposing sanctions on a lawyer. As Wikipedia notes, in U.S. civil litigation, “sanctions are usually monetary fines, levied against a party to a lawsuit or his/her attorney, for violating rules of procedure, or for abusing the judicial process.”

The opinion we’re concerned with is In re Schivo, 2011 WL 4899940 (U.S. Bankruptcy Court for the District of Nevada 2011). As Wikipedia also notes, in the United States bankruptcy cases are “a matter placed under Federal jurisdiction” by the Constitution, which means special federal courts handle such cases.

This means the law applied in bankruptcy is federal law, which brings us to bankruptcy attorney Rulon Huntsman and the first round of sanctions imposed on him:

At that time, many bankruptcy attorneys faced an unprecedented surge in clients wanting to file bankruptcy under the `old law.’ Huntsman was one such attorney, and attempted to file over thirty petitions around the time BAPCPA became effective. A number of Huntsman's petitions, however, were not filed before BAPCPA's midnight deadline. These petitions were thus subject to BAPCPA. They did not, however, comply with the new law: They lacked evidence of prepetition credit counseling, a requirement newly imposed by BAPCPA. . . .

The court dismissed twenty-five cases filed by Huntsman due to the lack of credit counseling. It then issued an order to show cause to determine whether the dismissals resulted from [his] failure to properly or timely file the cases. The court held hearings on December 6, 2005 and December 12, 2005 on its order to show cause. At these hearings, Huntsman offered a number of theories as to why the petitions were filed late, and why the old law should nonetheless apply.

[His] primary defense . . . was that an undetermined systemwide problem with the court's Case Management/Electronic Case Filing (`ECF’) system prevented him from timely filing the petitions. Several members of the court's technical and operations staff, however, testified that there were no material gaps.

Huntsman then offered the testimony of his paralegal who had attempted to file the cases before BAPCPA became effective. She testified as to an inability to log into the court's ECF system. Because of this, she brought the original petitions to the clerk's office on Monday, October 17, 2005, and attempted to file them over the counter. As these petitions did not have the manual signature of each client (as they were intended to be filed electronically), the clerk's office did not accept the petitions for filing. The petitions were ultimately filed around October 21, 2005. . . .

[T]he court found that the problem lay not with the ECF system, but with Huntsman. He apparently had not kept his ECF account current, so it `locked him out’ of the system. Compounding this problem, he had given his client files to a paralegal and then left town without giving the paralegal instructions on how to reach him in an emergency. As a result, none of the twenty-five petitions were filed before BAPCPA's deadline, and all of the cases were governed by the revised law.

lack of care caused the dismissal of the twenty-five cases. . . . [and] issued an order to show cause as to why [he] should not be required to disgorge all fees he accepted in those cases pursuant to Section 329. After a hearing in February of 2006, the court determined that the services rendered by Huntsman in each of the twenty-five cases had no value. . . . and ordered [him] to disgorge all compensation received, pursuant to Section 329.

In re Schivo, supra. Section 329 of the federal Bankruptcy Code (11 U.S. Code § 329) states that if a bankruptcy judge finds that the compensation a bankruptcy client pays an attorney to represent him/her “exceeds the reasonable value” of the services provided by the attorney, the judge can order the “return of . . . such payment, to the extent [it was] excessive”. 11 U.S. Code § 329(b).

Huntsman didn’t appeal the 2006 order to “disgorge” the fees paid to him, so the court’s ruling became final and that was where things stood until October 13, 2010, when he

filed a `Motion to Re-open Case, to Consolidate Case(s) and/or to Reconsider and Motion to Vacate Judgement(s) [ sic ]’ (the `Motion to Re-Open’). In the Motion to Re–Open, Huntsman requested that the court vacate its previous orders of dismissal.

[He] also requested that the court enter orders: (1) acknowledging the existence of a computer virus on the court's computer system that affected his ability to timely file the bankruptcy petitions in question in 2005; (2) acknowledging that this computer virus was the cause of his failure to timely file the cases; (3) arranging for the payment of funds to him to compensate him for the resulting harm both to him and to his law practice; and (4) directing that the court issue an apology to him in the Nevada Lawyer, the official publication of the State Bar of Nevada.

According to the judge, Huntsman’s Motion to Re-Open “was based upon a press release, allegedly released by Moody's Investor Service, and published by Dow Jones Newswires” (the “Press Release”). In re Schivo, supra. This is the “entirety of the purported Press Release”:

The following is a press release from Moody's Investors Update on 2 hour changes signed by Bush: Congress was called into a special session on March 31, 2006 and amended SB41006 to take into account a computer virus known by Bankruptcy Court's through out the nation as the `2HC–AFJ’. President Bush is expected to sign the Bill later today aboard AirForce One. On the effective date of October 17th, the Bankruptcy Courts through out the nation except the Courts utilizing Pacific Standard Time (including the States of California and Nevada) permitted filings up to October 18, 2006 at 12:01 utilzing the Hawaii–Aleutian time zone.

Accordingly, Debtors residing in any state utilizing PST time should have had an extra 2 hours to file their bankruptcy cases. The new law passed under 2HC permits the Chief Bankruptcy Judge of each District in the PST zones to pick a random day after giving notice to such citizens in that state that they may file bankruptcy under the old bankruptcy code during a special 2 hour time frame.

a series of events that seem fantastic. The events described in it, however, could be easily verified. There are numerous sources available to check congressional activity, the status of bills, and whether a bill has become law. Huntsman, however, did not check or research any of these. As a result, his motion did not cite to any provision in the United States Code, to any public law, or to any other accepted authority that would indicate formal enactment of the law discussed.

The judge also explained that before addressing Huntsman’s Motion to Re-Open, he

conducted independent legal research to ascertain the status of the law referred to in the Press Release. In less than thirty minutes, the court verified: that no law had ever been introduced, debated, or passed addressing a computer virus known as `2HC–AFJ;’ that no legislation was passed during 2006 which addressed any problem of any kind with computers used by any bankruptcy court; and that since the 109th Congress was in session during April 2006, a special session was both unnecessary and impossible.

Further, research revealed that the President . . . signed no laws on April 1, 2006, let alone while aboard Air Force One. In short, the Press Release appeared to be nothing more than a cruel canard perpetrated on Mr. Huntsman by persons unknown.

Huntsman tried to withdraw his motion but the U.S. Trustee opposed had filed “an opposition” to his Motion to Re-Open, which mean he could “not unilaterally withdraw” it. In re Schivo, supra. Huntsman, though, apparently still believed in the virus, because in his “declaration” supporting withdrawal of the motion he said “`“I still believe that some computer glitch prevented the timely filing of the referenced bankruptcy petition(s).’” In re Schivo, supra.

When the bankruptcy judge held a hearing on Huntsman’s Motion to Re-Open, the judge ordered him to “show cause why he had not violated Rule 9011 by filing and later advocating the Motion to Re–Open.” In re Schivo, supra. Bankruptcy Rule 9011(b) states that by signing a motion or other document filed with the court, a lawyer certifies that “to the best of the person's knowledge, information, and belief, formed after an inquiry reasonable under the circumstances” (i) the “legal contentions therein are”, basically, warranted by existing law and/or (ii) “the allegations and other factual contentions have evidentiary support”.

At the hearing the judge held on Huntsman’s motion to withdraw and on the Rule 9011 issue, Huntsman said he had spent “roughly two years” conducting research in an effort to authenticate the Press Release and the law it described, but “could not find any evidence of the law.” In re Schivo, supra. He also admitted “that he was less than certain the law existed” when he filed the motion but filed it when he did because “he was concerned than unidentified statute of limitations would soon run, barring him from receiving the relief to which he felt entitled.” In re Schivo, supra.

There was a lot more involved, but basically, after a hearing and other proceedings, the bankruptcy judge found Huntsman violated Rule 9011 (i) not because he “failed to conduct an inquiry” in the legitimacy of the Press Release and the existence of the law it described but (ii) because “he did not heed or believe the results of his inquiries.” In re Schivo, supra. The judge also noted that Huntsman “allowed his desire for vindication to obscure that which should have been clear”. In re Schivo, supra.

The judge therefore issued the following sanctions against Huntsman:

Mr. Huntsman is hereby publicly reprimanded through this published opinion detailing the impropriety of his actions and his violations under Rule 9011; and

The court will refer this matter to the State Bar of Nevada, to allow that body to determine whether it wishes to initiate further disciplinary proceedings against Mr. Huntsman, or to conduct any inquiry into his fitness as an attorney.

In re Schivo, supra. (The judge also barred him from filing a motion to redact a transcript, strike a document filed with the court or reconsider or set aside an order of the court, all of which were prompted by other actions in the course of this litigation.)