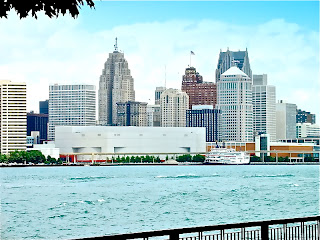 As Wikipedia explains, jury instructions “are the set of legal rules that jurors should follow when the jury is deciding a civil or criminal case.” As Wikipedia also notes, the judge who presides over a trial gives the instructions to the jury, usually after both sides have finished presenting evidence.

This post examines a recent opinion from a Michigan federal district court in which the issue was the propriety of giving what’s known as an “adverse inference” or “spoliation” instruction. As this site notes, such an instruction is given when there is evidence that one side destroyed, concealed or altered evidence that favors the other side’s position.

As Wikipedia explains, the theory behind the adverse inference, or spoliation, instruction is that when one side destroys, conceals or alters evidence, “it may be reasonable to infer that the party had `consciousness of guilt’ or other motivation to avoid the evidence. Therefore, the factfinder may conclude that the evidence would have been unfavorable to the spoliator.”

Jonathan Bond, through his next friend Ernest Flagg, commenced this suit in this Court on November 7, 2005, alleging that the City of Detroit and several individuals -- including Detroit mayor Kwame Kilpatrick, his former chief of staff, the current and former Detroit police chiefs, certain unknown Detroit police officers, and Michigan attorney general Mike Cox -- violated [his] federal constitutional right of access to the courts and conspired among themselves to commit this constitutional violation by inadequately investigating the April 3, 2003 death of [his] mother, Tamara Greene, and concealing material evidence concerning this incident.

Ms. Greene died from gunshot wounds after several shots were fired into her vehicle, and [Bond] suggests in his complaint that there is a connection between this shooting, Defendants' subsequent investigation and alleged acts of concealment, and Ms. Greene's purported performance as an exotic dancer at a widely-rumored party at the Detroit mayor's official residence, the Manoogian Mansion, about six months before her death.

As you may know, once a civil suit like this is commenced, the parties have a period of time in which they can conduct “discovery.” As Wikipedia notes, “discovery is the pre-trial phase in a lawsuit in which each party, through the law of civil procedure, can obtain evidence from the other party”. As Wikipedia also notes, if Party A Serves a discovery request on Party B and Party B either objects to the request or doesn’t comply, Party A can “seek the assistance of the court by filing a motion to compel discovery.”

On July 30, 2010, one day before the close of discovery, Plaintiffs served Requests for Production of Documents on Defendant City of Detroit. Plaintiffs' Request to Produce # 11 requested the following documents:

`All incoming and outgoing emails for Kwame Kilpatrick, Ella Bully–Cummings, Christine Beatty, Ruth Carter, Mike Martin, and Loronzo Jones for all City of Detroit e-mail addresses in use for City employees for the time period of August 1, 2002 through June 30, 2003.’

Unsatisfied with the City's response, Plaintiffs filed a motion to compel on September 9, 2010. . . . The City, through attorney John A. Schapka, filed a response which contained the following assertion:

`. . . [U]pon their resignations during February of 2008, Beatty and Kilpatrick's email accounts and collected emails, whether in-coming or out going, were deleted and purged from the electronic storage system. As to Beatty and Kilpatrick, the City has no matters which are responsive to the request corresponding hereto.’ City's Response, at 6.

The plaintiffs filed a motion seeking sanctions “based upon spoliation of evidence”, which a U.S. Magistrate Judge ruled on. Flagg v. City of Detroit, 2011 WL 4634249 (U.S. District Court for the Eastern District of Michigan August 3, 2011). In his ruling, the Magistrate Judge noted that

[a]t the hearing on the Plaintiffs' motion to compel on October 26, 2010, Mr. Schapka informed the Court that Mr. Kilpatrick's and Ms. Beatty's emails were `electronically shredded.’ I found these responses disconcerting, because on February 1, 2008, the Plaintiffs filed a motion for preservation of evidence.

Flagg v. City of Detroit, supra (August 3, 2011). The Magistrate Judge therefore issued a "report and recommendation" recommending that the U.S. District Court Judge to whom the case is assigned

give a permissive adverse inference instruction at any eventual trial arising from the Defendant City of Detroit's destruction of evidence -- specifically, incoming and outgoing e-mails sent and received by four former high-ranking Detroit officials, including former mayor . . . Kwame Kilpatrick, his chief of staff Christine Beatty, former corporation counsel Ruth Carter, and former chief of police Ella Bully-Cummings, for the period from August 1, 2002 through June 30, 2003 -- after the City and its counsel were under an obligation to preserve this evidence.

Flagg v. City of Detroit, supra (October 5, 2011). (As Wikipedia notes, Magistrate Judges can “write reports and recommendations to the district judge”, as a way of reducing the district court judge’s workload and expediting cases.)

Two of the defendants – the City of Detroit and Kilpatrick – objected to the Magistrate Judge's report and recommendation. Flagg v. City of Detroit, supra (October 5, 2011). The City claimed there was “an insufficient basis for concluding that any relevant evidence” had been lost, while Kilpatrick argued that “any adverse inference against the City” would unfairly “prejudice him as a codefendant at a joint trial.” Flagg v. City of Detroit, supra (October 5, 2011). In the opinion cited above, the District Court Judge addressed these issues.

all four of the individuals whose e-mails were destroyed -- Kilpatrick, Christine Beatty, Ruth Carter, and Ella Bully-Cummings -- testified before the Magistrate Judge that `they neither sent nor received emails concerning the Tamara Greene homicide investigation.’ In light of this testimony, the City expresses its confusion as to how the Magistrate Judge could nonetheless conclude that these lost e-mails `are presumed to be relevant for purposes of a permissive adverse inference instruction.’

The District Court Judge then pointed out that the Magistrate Judge “devoted three pages” of the report and recommendation to the relevance of the missing emails and noted that there was, therefore, no need for him to “undertake an independent review” of this issue. Flagg v. City of Detroit, supra (October 5, 2011).

The District Court Judge next addressed Detroit’s claim that the Magistrate Judge erred in finding that “neither the City nor its in-house counsel took” any action to ensure that the various City departments were aware of an order to preserve evidence the court issued on March 5, 2008. Flagg v. City of Detroit, supra (October 5, 2011). Detroit claimed it disseminated the order through “its then-corporation counsel, John Johnson, who was `acting in concert’ with the outside Morganroth law firm that was serving as co-counsel for the City and several other defendants at the time.” Flagg v. City of Detroit, supra (October 5, 2011).

The District Court Judge noted, though, that at a hearing on the issue Johnson testified

(i) that he did not discuss the March 5, 2008 order with Kilpatrick, (ii) that he did not communicate with outside counsel regarding Plaintiffs' motion to preserve evidence or the resulting order, (iii) that the Morganroth firm was handling the litigation at the time, so any discussions with City officials (including Kilpatrick) regarding the requirement to preserve evidence would have been conducted by [that] firm, (iv) that while he may have seen the March 5, 2008 order `somewhere along the way,’ his directive would have been for his subordinates, Mr. Schapka or Ms. Crittendon, to handle this matter, (v) that, in his view, the City's law department assumed no responsibility for ensuring that Kilpatrick complied with the March 5, 2008 order, and (vi) that he did not know what the City might have done in response to the order.

The District Court Judge then addressed Detroit’s argument that the adverse inference instruction recommended by the U.S. Magistrate Judge was “`problematic’” in two respects:

First, the City contends that any such adverse inference runs contrary to the purported evidence that `no such email traffic ever existed.’ The Court already has addressed the City's assertion that nothing of relevance was lost, and has concluded that it lacks both factual and legal support. . . . [T]he purpose of the inference is to provide a remedy for Plaintiffs' inability to determine whether the deleted e-mails would have assisted them in proving their case, and to ensure the City does not profit from this destruction. That the inference might serve these purposes does not render it `problematic,’ but rather appropriate.

Next, the City complains that an adverse inference instruction will permit a trier of fact to engage in `speculation and conjecture’ The Court agrees that it is preferable for the trier of fact to decide the case based on the record, but the City's destruction of evidence has thwarted this goal. At any eventual trial, the City remains free to argue that the inferences proposed by Plaintiffs are implausible and should be rejected.

In the end, it will be left to the trier of fact to decide which inferences may reasonably be drawn from the evidentiary record, viewed in light of the City's destruction of e-mails that could have shed additional light on this record.

Kilpatrick argued that given this, “it would be unfairly prejudicial if the trier of fact were permitted to draw inferences against him based on” the disappearance of the emails in question. Flagg v. City of Detroit, supra (October 5, 2011). The District Court Judge noted that “[w]hile this argument has some force, “it does not provide a basis for declining to adopt the Magistrate Judge's recommendation as to a proper sanction to impose on the Defendant City.” Flagg v. City of Detroit, supra (October 5, 2011).

He also noted, though, that there are “all manner of mechanisms, running the gamut from limiting instructions to separate trials, that are available to alleviate this possible prejudice.” Flagg v. City of Detroit, supra (October 5, 2011). The District Court Judge explained that he “need not decide at the present juncture which of these mechanisms to employ,” but could do that if and when the case goes to trial. Flagg v. City of Detroit, supra (October 5, 2011).

Posted by Susan Brenner at 8:32 AM