Identity and “Without Lawful Authority” 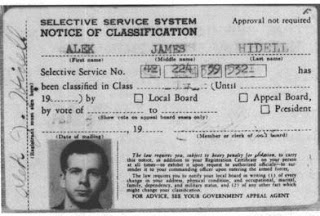 As Wikipedia notes, the crime of identity theft (also known as identity fraud) is

a form of fraud . . . in which someone pretends to be someone else by assuming that person's identity, typically in order to access resources or obtain credit and other benefits in that person's name.

And as I noted in an earlier post, in Flores-Figueroa v. U.S., 129 S.Ct. 1886 (2009), the U.S. Supreme Court held that in order to be convicted to identity theft in violation of at least one federal statute – U.S. Code § 1028A – the government has to prove that the defendant knew he/she was pretending to be someone who actually exists/existed, i.e., a “real person.”

This post examines a case in which a defendant was charged with one count of identity theft in violation of the same federal statute (§ 1028A), along with another federal crime (making false statements on a passport application in violation of 18 U.S. Code § 1542).

The case is U.S. v. Lumbard, 2011 WL 4704890 (U.S. District Court for the Western District of Michigan). After being indicted on both charges, Nathan Kent Lumbard moved to dismiss the identity theft charge. U.S. v. Lumbard, supra.

All know about the facts that led to the charge is a very brief summary included in this opinion: “[Lumbard] purchased various identification documents from Justin Lee Cheesebrew, including Mr. Cheesebrew's birth certificate, social security card, and operator's license.” U.S. v. Lumbard, supra. Lumbard apparently “used” Cheesebrew’s “identification documents” in some fashion that is prohibited by § 1028A, because in moving to dismiss the identity theft charge brought under that statute, he argued “that he cannot be guilty of aggravated identity `theft’ if he obtained and used Mr. Cheesebrew's identification information with Mr. Cheesebrew's authorization.” U.S. v. Lumbard, supra.

In ruling on Lumbard’s motion to dismiss, the federal district court judge noted, first, that the identify theft statute at issue provides as follows:

Whoever, during and in relation to any felony violation enumerated in subsection (c), knowingly transfers, possesses, or uses, without lawful authority , a means of identification of another person shall, in addition to the punishment provided for such felony, be sentenced to a term of imprisonment of 2 years.

starting point for construing a federal statue is the ordinary meaning of the statute. . . . If the statute is not ambiguous, the use of canons of construction, reference to legislative history, and application of the rule of lenity is not appropriate.

considered the issue have uniformly held that the plain language of § 1028A does not require the government to prove that the defendant stole another person's identity. In U.S. v. Mobley, 618 F.3d 539 (U.S. Court of Appeals for the 6th Circuit 2010), the defendant admitted using his wife's name and social security number to submit fraudulent credit applications, but argued that the district court lacked a sufficient factual basis to accept his guilty plea to aggravated identity theft in violation of § 1028A because it did not determine whether he acted `without lawful authority’ when he used his wife’s social security number.

The Sixth Circuit summarily rejected this argument: `That a defendant's use of any social security number -- including his own -- to submit fraudulent credit applications must be “without lawful authority” is obvious.’ . . . There was no need to determine whether the defendant had his wife's permission to use her social security number because using any identification to commit a fraud is using it `without lawful authority.’

requires the Government to prove that the defendant `knew that the “means of identification” he or she unlawfully transferred, possessed, or used, in fact, belonged to “another person,”’ and was not, for example, a fake ID.

supports the proposition that `without lawful authority’ means without authorization from the person to whom the means of identification belongs because the Supreme Court specifically found that § 1028A is a theft crime based on (1) the name of the statute, (2) the language used in the statute, and (3) the legislative history.

The district court judge did not agree:

Although the Supreme Court described § 1028A as a theft crime, it did so in order to support its conclusion that § 1028A required knowledge that the means of identification belonged to a person and was not merely a fictitious name or number. Nothing in Flores-Figueroa or in any case decided after Flores-Figueroa suggests that the Supreme Court read a theft element into § 1028A merely because the term `theft’ was in the title.

the use of the phrase `without lawful authority’ in § 1028A to be ambiguous, the Court would still conclude that § 1028A does not require proof of theft.

The legislative history contains examples of identity theft that would qualify under § 1028A as a use `without lawful authority’ of another person's means of identification. There is no question that theft of another's identity falls within the scope of use `without lawful authority.’ However, the list of qualifying uses in the legislative history does not purport to be exhaustive. The list does not exclude other actions that do not involve theft.

Finally, the judge pointed out that

if theft were an element of the offense, it would have been expressed in the text of the statute. The identity fraud statute, 18 U.S.C. § 1028, which immediately precedes § 1028A, lists eight identity fraud violations. Two of these violations specifically require that an identification document be `stolen or produced without lawful authority.’ 18 U.S .C. § 1028(a)(2) & (6). This section suggests that if Congress wished to include a theft element in the aggravated identity theft statute, it would have included similar language.

U.S. v. Lumbard, supra. (I briefly reviewed the federal identity theft and identity fraud crimes in an earlier post, if you’re interested in more on this.)

He therefore denied Lumbard’s motion to dismiss the § 1028A charge:

As noted by the Eighth Circuit [Court of Appeals], `the person assigned a particular social security number does not possess the lawful authority to authorize other persons to represent that number as their own in order to commit other crimes.’ [U.S. v. Rentana, 641 F.3d 272 (2011)].