The Bakery, Extortion and Coconspirator Statements 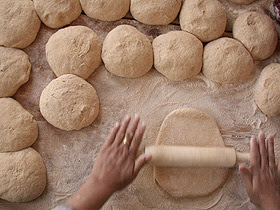 This post examines a computer-related evidence issue David Benedict raised in appealing his conviction for extortion and conspiracy. U.S. v. Persing, 2011 WL 3792359 (U.S. Court of Appeals for the Second Circuit 2011). If you’d like to know more about the facts in the case, check out the news story you can find here.

The opinion’s review of Benedict’s challenge to one of the charges gives you the idea of what led to this prosecution:

At the direction of James Outerie, a `made’ Gambino family member, Benedict and another individual went to the Galanos' bakery before Christmas of 2004 and approached John Galano . . . to request money `for a friend,’ saying that `it would be worth it.’ After Galano refused . . ., Charlie Smith, an associate of Benedict's, returned several times until Galano gave him $500 `[t]o look out for the store.’ The next Christmas, Benedict sent Smith back to the bakery with instructions to `[t]ell ‘em, don't give us five hundred’ that time. When only $500 was offered, Benedict told Smith to `take care of that’ and Smith returned and took $2,000, which he gave to Benedict to give to Outerie.

Benedict argues nothing in the record shows he induced the Galanos to pay money through the `wrongful use of . . . fear,’ as the statute requires. 18 U.S. Code § 1951(b)(2). But the government presented sufficient evidence . . . of the Galanos' fear. When John Galano asked why he should pay, one coconspirator explained that Outerie `was a made man’ in the Gambino family, which . . . is known for extorting individuals and businesses under implicit threats of violence. Benedict points to no services the Galanos obtained commensurate to their payments and suggests no plausible reason why the Galanos would be so charitable to various mob-connected individuals. Moreover, Galano was also asked, `[d]id you have concerns that something might happen to your store if you didn't pay this?’ and responded, `[y]ou never know.’

The jury did not have to credit Galano's testimony, cited by Benedict, that he was not `scared,’ just `upset’ at the requests. . . . [T]he jury could find the . . . exploitation of fear despite the victim's testimony that he was not afraid. Benedict strains credulity when he further argues that, whatever the intentions of the others in the group, he could not have seen an implied threat in his actions because he believed that `people “put money together” for guys at Christmas [only] because they helped people,’ and the jury was certainly entitled to conclude that Benedict was not so naive.

Benedict was also charged with, and convicted of, extorting

Charlie Smith, who . . . paid Outerie (through Benedict) for protection. Smith had long done business with Benedict in auto parts (often stolen) and `insurance give-ups’ (in which cars were wrecked for the insurance money). When Smith ran into trouble with other underworld figures, Benedict introduced him to Outerie, who expressed his willingness to help Smith resolve these troubles.

Outerie inquired into Smith's corresponding willingness to `share [with] friends,’ and Smith assured him on the point. Benedict and Outerie gave Smith many opportunities to `share,’ as Outerie repeatedly demanded money from Smith, usually through Benedict. Smith paid sums of $1,000, $2,500, and $2,000, which he often had to break down further into installments because of claimed financial difficulties.

And that brings us to the computer-related evidence issue I noted above. On appeal, Benedict argued that the district court judge should not have admitted records found on

the computer of John Persing, Sr. Persing, a loan shark, had extended loans to several associates of Smith who were unable or unwilling to pay back those loans, causing Persing to make threats against the debtors and attack Smith. Benedict intervened in an attempt to have the loans repaid -- either, as the defense contends, because he wanted to help Smith and the debtors out of their jam or, as the government argues, because he wanted to take some of Persing's business -- and on that basis was convicted of extortionate collection of credit and extortionate collection of credit conspiracy.

Rule 801(c) of the Federal Rules of Evidence defines hearsay as “a statement, other than one made by the declarant while testifying at the trial or hearing, offered in evidence to prove the truth of the matter asserted.” Rule 801(a) defines a “statement” as “an oral or written assertion. The Persing records were therefore hearsay. And since they were hearsay, they were, as I’ve noted in earlier posts, presumptively excluded by the rule of evidence that excludes hearsay. As I’ve also noted, the default rule that bars the use of hearsay evidence is subject to exceptions; otherwise inadmissible hearsay is admissible if it falls within one of these exceptions.

exempt from the definition of hearsay any `statement by a coconspirator of a party during the course and in furtherance of the conspiracy.’ [Rule 801(d)(2)(E)]. To admit evidence under this exemption, `the district court must find by a preponderance of the evidence (a) that there was a conspiracy, (b) that its members included the declarant and the party against whom the statement is offered, and (c) that the statement was made during the course of and in furtherance of the conspiracy.’

The Court of Appeals found that the district court judge “correctly concluded that, to the extent that a conspiracy existed, Persing's notes -- which were designed to assist him in conducting his loan-shark business -- were taken during the course of and in furtherance of that conspiracy, satisfying the third prong of the test above.” U.S. v. Persing, supra. It also found that the “real question [at issue on appeal] . . . was whether there was a single conspiracy that included both Benedict and Persing.” U.S. v. Persing, supra.

answered this question. Defense counsel raised the issue . . . on the last day of testimony. The district court initially stated that `[t]here is certainly not evidence that there was a conspiracy.’ After elaboration by Benedict's counsel, the court . . . expressed its skepticism that `the government has made its case on that,’ and appeared to side with the defense's argument that Benedict `was almost trying more to protect [an extortion victim] than to facilitate the illegal transaction,’ but said it did not want to “prejudge the . . . issue.”

Further colloquy ensued regarding specific portions of the records, all consistent with the judge's skepticism, or at least agnosticism, about the existence of a conspiracy encompassing Persing and Outerie, and none indicating that such a finding existed. Reviewing one portion of the records, the court found that it was made `in furtherance of the conspiracy, if there's a conspiracy,’ and, reviewing another portion, found `to the extent again that a conspiracy is made out then this is in furtherance of it.’ (Emphases added.)

At one point, apparently when describing another exhibit . . . that was not offered against Benedict, the court stated that `[a]s far as the other ones, I do think that's coconspirator stuff and I will allow those,’ but it is not clear that the `coconspirator stuff’ finding included a finding that a conspiracy existed and that the defendant in question was a member of the conspiracy, nor is it determinable whether the finding had anything to do with Benedict.

And it does not appear that the issue was addressed again. Shortly after this colloquy, the government offered, and the judge admitted, the Persing records, asking only for `[a]ny other than the prior objections?’ to which defense counsel responded that he had nothing further.

The Court of Appeals explained that generally, a “district judge need not make explicit findings on the record before admitting evidence. `[A] simple “sustained” or “overruled” will ordinarily suffice.’” U.S. v. Persing, supra (quoting Leopold v. Baccarat, Inc., 174 F.3d 261 (2d Cir. 1999). It noted, though, that in this case

two factors lead us to decline simply to assume that the court implicitly made the necessary findings and proceeded to assess the sufficiency of the evidence to support them. First, the court's statements reflected the absence of any finding, explicit or otherwise, and suggested that, had the court made a finding, it would have found no conspiracy. Second, whether such a finding would have been clearly erroneous presents an extremely close question.

As to the first factor, the court noted that this was not a case in which a judge expressed “initial skepticism” but clearly “changed his mind upon further reflection”. U.S. v. Persing, supra. It also noted that the judge continued to express his doubts throughout the rest of the trial and that at one point, “the government explicitly disclaimed any reliance on a Persing–Benedict conspiracy, arguing instead that Benedict conspired with Outerie to `take some of John Persing's business.’” U.S. v. Persing, supra. As to the second factor, the Court of Appeals said “it is not clear that we could affirm a finding that Benedict and Persing were members of the same conspiracy even had such a finding been made” because the “evidence is, at best, weak.” U.S. v. Persing, supra.

Smith testified Persing was `technically with no one.’ And, although Benedict tried to connect with Persing, we see no evidence that that connection was ever completed and some evidence suggesting it was not. In the computer records . . . Persing reports Benedict approached him about the loans and he told Benedict `not to involve himself in this issue.’ While Benedict tried to help Persing collect the debts, and . . . threatened one of Persing's debtors, he also expressed sympathy for them, a desire to help them avoid Persing's harassment, and contempt for Persing's methods. Smith even testified that Benedict threatened to report Persing to the FBI if he did not leave one of the debtors alone.

The Court of Appeals therefore decided it could not “definitively say that a finding of conspiracy between Benedict and Persing, if made, would have been erroneous.” U.S. v. Persing, supra. For this and other reasons, it therefore decided to remand the issue to the district court judge and directed him to explicitly determine whether a conspiracy "between Benedict and Persing existed, and, if it finds that one did, to explain the evidentiary foundations for its finding. If the court . . . cannot find that the conspiracy . . . existed, it should vacate the convictions on Counts 4, 5, and 6. . . ." U.S. v. Persing, supra.