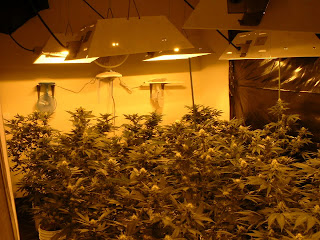 As I explained in a post I did several years ago, consent is one of the exceptions to the 4th Amendment’s default requirement that officers obtain a warrant before searching someone’s property and seizing evidence.

And as I explained in a post I did last year, in order to be a valid consent search the search officer’s conduct must stay within the scope of the consent given by the owner of that property. Wikipedia also gives a good overview of 4th Amendment consent searches.

This post is about a case in which the defendant argued that officers conducted a search that exceeded the scope of the consent he had given them. The case is U.S. v. Lucas, 640 F.3d 168 (U.S. Court of Appeals for the 6th Circuit 2011), and this is how it began:

On December 18, 2007, Det. Burbrink with the Louisville Metro Police Department received information . . . that a reliable confidential informant (CI) disclosed to him that [Alexander] Lucas was growing marijuana inside his home . . . in Louisville. . . . Lucas was a 25–year–old college graduate with a bachelor's degree in economics.

Around 5:30 p.m. the same day, Burbrink and Sgt. Lainhart visited Lucas at his home. . . . For tactical reasons, they approached the back door and knocked. When Lucas opened the door, Burbrink identified himself as a police detective and asked to talk with Lucas. Lucas invited the officers inside, so they stepped into the laundry room, where they immediately smelled the aroma of burnt marijuana.

Burbrink stated he had heard there was marijuana in the house and he would write a citation if Lucas possessed drug paraphernalia or a small amount of marijuana for personal use. While Lucas and the officers were talking, Burbrink noticed a marijuana pipe on a shelf in plain view, so he asked if Lucas possessed any similar items. Lucas produced a box containing rolling papers, marijuana pipes, and marijuana residue . . . but denied there were other drug-related items in the house. . . . Lucas did not appear to be intoxicated, and answered questions intelligently. During the conversation, three more police detectives arrived at the back door of the house.

Burbrink asked Lucas to sign a consent form to allow a search of his house, but Lucas hesitated. . . . When Lucas did not sign the form, Sgt. Lainhart began a protective sweep to secure the house in anticipation of obtaining a search warrant.

Lucas gestured to Burbrink and said, `What do I have to sign?’ . . . Burbrink verbally reviewed the consent form to inform Lucas of his constitutional right to refuse permission to search. . . . [and] advised Lucas of his right to stop the search at any time. Lucas signed the consent form at 5:45 p.m. . . . By signing the form, Lucas agreed that the officers could search his residence for illegal controlled substances, drug paraphernalia, and `other material or records pertaining to narcotics.’

While the officers searched (and found some marijuana plants in a closet), Burbrink and Lucas went to the living room, “where they talked and played video games while the search continued.” U.S. v. Lucas, supra. When Lainhart entered the living room, he

noticed a laptop sitting on a small table in the corner. On the keyboard tray, Lainhart discovered a handwritten marijuana plant `grow chart.’ The first page contained a numbered list of the named marijuana plants found in the bedroom closet, as well as height measurements, pot sizes, and notes about the plants. The second page was a similar blank chart. . . .

Lainhart decided to look on the laptop for a spreadsheet similar to the handwritten grow chart. . . . [H]e knew marijuana growers commonly keep similar data and digital photographs on computers and upload the information to the Internet. Standing near the laptop in Lucas's line of sight, Lainhart asked if the computer was password-protected, and Lucas [said] it was not. Lucas did not object to a search of his laptop. . . .

Lucas was arrested and eventually charged with possession and receipt of child pornography in violation of 18 U.S. Code § 2252A. U.S. v. Lucas, supra. He moved to suppress the images found on the thumb drive, arguing that Lainhart’s search of the drive exceeded the scope of his written consent to search his home for narcotics-related evidence. U.S. v. Lucas, supra.

the scope of a search is generally defined by its expressed object and that the standard for measuring the scope of a suspect's consent under the 4th Amendment is `”objective’”’ reasonableness -- what would the typical reasonable person have understood by the exchange between the officer and the suspect?’

The Court of Appeals then applied this standard to the facts in the Lucas case, noting, first, that here

the defined object of the search, as clearly explained to Lucas, was the location and seizure of narcotics-related evidence. . . . [W]e believe a typical reasonable person, viewing objectively the exchange that took place between Lucas and the police in the laundry room, would determine that Lucas granted voluntary, written consent for the police `to make a complete search’ of his residence for controlled substances, drug paraphernalia, and `other material or records pertaining to narcotics,’ and to `take from there any evidence pertaining to this investigation.’

Before Lainhart touched the laptop, the police had already discovered the marijuana plants in the closet and digital photographs on the camera depicting marijuana usage. Also, on the keyboard tray below the laptop, Lainhart found a handwritten `grow’ chart. Through training and experience, Lainhart knew individuals involved in growing marijuana often save plant growth data on computers in . . . Excel spreadsheets and upload that information, along with `bragging’ photographs, to the Internet. He also knew individuals involved in dealing or using controlled substances commonly store narcotics-related records and photographs on their computers and other electronic devices. . . .

The court also agreed with the district court that “Lainhart did not violate the 4th Amendment when he accessed the . . . thumb drive connected to the laptop and child pornography appeared unexpectedly on the screen.” U.S. v. Lucas, supra. It noted that Lainhart was searching for evidence “pertaining to narcotics” when he opened the thumb drive, that he “enlarged just a few of them” to be certain they were child pornography and then stopped searching, called the detectives and they got a warrant to seize and search the laptop. U.S. v. Lucas, supra.

The Court of Appeals noted, though, that its

decision to uphold Lainhart's entry into Lucas's electronic files based on the facts of this case should not be read as a grant of broad authority to the police to open a suspect's non-secured computer and examine at will all of the electronic files stored there. . . .

We have no occasion to consider how our analysis might differ if Lucas's computer had been password-protected or if his electronic files had been encrypted or otherwise secured because such facts are not before us.

Finally, the court explained that

the district court below shared our concern that analogizing computers to other physical objects when applying 4th Amendment law is not an exact fit because computers hold so much personal and sensitive information touching on many private aspects of life. We recognize individuals have a reasonable expectation of privacy in the content of emails stored, sent, or received through a commercial internet service provider. U.S. v. Warshak, 631 F.3d 266 (6th Cir. 2010). And we know there is a far greater potential `for the “intermingling” of documents and a consequent invasion of privacy when police execute a search for evidence on a computer.’ U.S. v. Walser, 275 F.3d 981 (10th Cir. 2001).

Posted by Susan Brenner at 5:46 AM