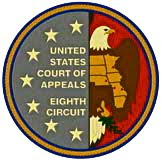 In November 2008, Johnson, a photographer, was taking photos at a hockey game in Des Moines, Iowa. Johnson's assistant, Dawn Gorelick, was stationed at a booth in the hockey arena to download digital photos onto Johnson's laptop computer when memory cards in Johnson's digital camera became full. While Gorelick was sorting photos on Johnson's laptop, she discovered what she believed to be images of child pornography. With the help of a friend, she contacted an off-duty police officer in the arena and showed him one of the images she discovered. After viewing the image, the officer confiscated Johnson's computer and escorted Gorelick to a first aid station. The officer then contacted an on-call detective.

Meanwhile, Johnson discovered his computer was missing and called Gorelick's cellular phone. The off-duty officer answered the call, identified himself, and invited Johnson to meet with him at the first aid office. Johnson went to the office and the officer explained that he found apparent child pornography on Johnson's computer and denied Johnson's request that he return the computer. Shortly thereafter, the on-call detective arrived at the arena and asked Johnson if she could interview him. Johnson agreed, and the detective and two other law enforcement officers accompanied Johnson to a private room.

In the private room, Johnson was advised of his Miranda rights and he signed a form waiving such rights. Johnson told the detective that he saved adult pornography on his computer in a file entitled `girls,’ and that he had `stumbled upon’ child pornography while looking at adult pornography on the Internet. Johnson denied purposefully downloading child pornography, but he did admit that he `save[s] everything.’ He also explained that others had access to his laptop in public, but he was the only person with private access to the computer.

After this interview, police obtained a search warrant “to forensically examine Johnson’s computer” and “discovered 190 images of child pornography” on his laptop. U.S. v. Johnson, supra. Johnson then met with an investigatory and reiterated what he said above, i.e., he had viewed child pornography, did not know how many images he had saved but saved the files because he “`save[s] everything.’” U.S. v. Johnson, supra.

On appeal, Johnson argued that the evidence presented at trial was not sufficient to support his conviction for “receiving child pornography . . . because the government failed to establish the jurisdictional element of the offense. U.S. v. Johnson, supra. The Court of Appeals noted that this was “This is an atypical sufficiency challenge . . . because both parties agree that the jurisdictional element was correctly stated in the indictment, but erroneously charged to the jury.” U.S. v. Johnson, supra.

Johnson was charged with receiving child pornography that either (1) had been shipped and transported in interstate and foreign commerce; or (2) contained materials which had been so shipped and transported. . . . This jurisdictional element was disputed at trial. The government presented Johnson's videotaped confession wherein he admitted to downloading child pornography from the Internet -- a channel of interstate commerce.

But, Johnson took the stand and recanted his confession, explaining that he `would have said anything’ to the investigators due to his mental state at the time of his confession. When confronted with the images at issue in this case, Johnson testified that he had `no idea’ where the images came from. Also, while questioning its own computer forensics examiner, the government asked, `You indicated that all of these images had come from the Internet, is that correct?’ The examiner responded, `No. I don't know where those images came from. All I can tell you is that they're downloaded to that hard drive.’

The expert also explained that the file name of one of the images indicated that it could have come `from another person’ and that the images on Johnson's computer `could have been taken from CD's’ or other sources. Finally, during closing arguments, Johnson's attorney argued before the jury, `[D]id [the images at issue] come from the Internet? And the answer to that question is indisputably we don't know.’ Indeed, there was a question for the jury as to whether the government satisfied the jurisdictional element of § 2252(a) as charged in the indictment. Due to an instructional error, however, the jury never decided this question.

The Court of Appeals then explained why the jury never decided this important question:

Despite the wording of the indictment, the district court erroneously instructed the jury --with no objection from the government -- that it must find that `[t]he material[s] containing the [illicit] visual depictions were produced using materials that had been mailed, shipped, or transported by computer in interstate or foreign commerce.’ . . . .

The Court of Appeals then considered the effect of this error:

[W]here a jury is properly instructed, we review sufficiency challenges by asking `whether, after viewing the evidence in the light most favorable to the prosecution, any rational trier of fact could have found the essential elements of the crime beyond a reasonable doubt.’ But, where, as here, the jury is not properly instructed and there is no objection to the erroneous instruction at trial, . . . `a conviction may be upheld against a sufficiency challenge where a rational jury could have found, beyond a reasonable doubt, each element of the offense as charged in the jury instructions.’ . . . [T]he evidence presented in this case was clearly insufficient to satisfy the erroneous jury instruction because the government presented no evidence that the materials used to produce Johnson's computer traveled in interstate commerce before they were assembled into the computer.

`the evidence is so overwhelming or incontrovertible that there is no reasonable doubt that any rational jury would have found that the government proved the statutory element.’ Under this rigorous standard of review, a defendant's conviction may be affirmed `where a reviewing court concludes beyond a reasonable doubt that the omitted element was uncontested and supported by overwhelming evidence ... and no rational juror, if properly instructed, could find that the element was not satisfied.’

The Court of Appeals found, however, there was a problem:

[T]o satisfy the statutory jurisdictional element, the government introduced Johnson's pre-trial confession wherein he admitted to downloading child pornography from the Internet. But this evidence was by no means overwhelming, undisputed, uncontradicted, or unimpeached. . . . Johnson recanted the confession at trial, explained that he would have `said anything’ to the investigator given his mental state at the time of his confession, and adamantly asserted that he had `no idea’ how the illicit images got onto his computer.

Finally, the court noted that its analysis was not complete. The analysis above is based on the court’s decision in U.S. v. Inman, supra. The Court of Appeals explained that

[b]ecause the evidence in Inman satisfied the rigorous `overwhelming or incontrovertible’ standard, the court expressly declined to decide whether a more government-friendly standard of review should apply under these circumstances. The court noted that in two of [the other U.S. Courts of Appeals], a defendant's conviction may be affirmed, despite patently erroneous jury instructions, if `any rational trier of fact could have found the essential elements of the offense, as defined by applicable law, beyond a reasonable doubt.’ . . . This is the same standard we would have applied to Johnson's sufficiency challenge if the jury had been properly instructed.

Ultimately, though, the court decided that it could not employ the “more government-friendly” standard of review:

In dicta, the Inman court implied that applying this government-friendly standard in cases such as this, where a jury is not properly instructed, would violate the following well-established constitutional principles: (1) `the Due Process Clause requires that the prosecution prove all elements beyond a reasonable doubt’ and (2) `the Sixth Amendment requires that ‘the jury, rather than the judge, reach the requisite finding of `”guilty.”’ . . . . We agree with this assessment and we adopt Inman’s rigorous `overwhelming or incontrovertible’ standard, not the relatively government-friendly standard applied in two of our sister circuits.

The Court of Appeals therefore held that under Inman’s rigorous standard of review, we must reversed Johnson’s conviction” for receiving child pornography under 18 U.S. Code § 2252(a)(2). U.S. v. Johnson, supra.

One of the Court of Appeals judges dissented, noting, in part that the majority “read Johnson’s testimony [at trial] much more broadly” than this judge thought was correct. U.S. v. Johnson, supra. He argued that “[t]aken as a whole, Johnson's testimony does not amount to a full recantation of his videotaped confession. . . . but . . . actually reaffirmed that the child pornography came from the Internet.” U.S. v. Johnson, supra (emphasis in the original). The dissenting judge also noted, again in part, that

the majority grants one more inference in favor of Johnson. As the majority notes, the government's expert witness could not identify the source (i.e., the Internet, a CD, or a friend) of the child pornography found on Johnson's computer. This fact, however, does not dispute the evidence that Johnson came across the child pornography on the Internet. The majority essentially views this indeterminate testimony in the light most favorable to Johnson, suggesting that it somehow undermines the evidence -- including the videotaped confession and Johnson's own trial testimony -- on the jurisdictional element.

Posted by Susan Brenner at 6:53 AM