Omitted Prior Search and Franks Hearing 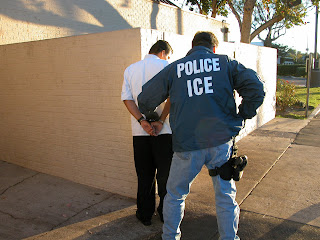 After being charged with distributing and possessing child pornography in violation of federal law, Michael McKerlie moved to suppress evidence seized by one federal agency on the following grounds: that the agents who got the warrant authorizing that search did not tell the magistrate who issued the warrant that another agency had already searched his computer without finding child pornography. U.S. v. McKerlie, 2011 WL 4345884 (U.S. District Court for the District of Arizona 2011). He also, as I explain below, sought a Franks hearing. U.S. v. McKerlie, supra.

To establish probable cause, the officer submits an affidavit in which he describes what he’s learned from his investigation and other sources. The officer is presumed to be telling the truth, not because he’s an officer but because he’s making the statements in the affidavit under oath. If the officer includes statements from third-parties, especially unidentified third-parties, he will have to include information that demonstrates why the magistrate should believe them and why the magistrate should decide they know what they’re talking about.

In Franks, Jerome Franks, who was charged with rape, kidnapping and burglary, moved to suppress evidence police found when they executed a warrant at his apartment. Franks claimed the affidavit the detective submitted to get the warrant included false statements that went to the issue of whether there was probable cause to search his apartment. The trial court denied his motion, and the case went to the Supreme Court, which reversed. The Supreme Court held that when a defendant makes a

substantial . . . showing that a false statement knowingly and intentionally, or with reckless disregard for the truth, was included . . . in the warrant affidavit, and if the allegedly false statement is necessary to the finding of probable cause, the 4th Amendment requires that a hearing be held. . . . [If] at that hearing the allegation of perjury or reckless disregard is established by the defendant by a preponderance of the evidence, and, with the affidavit's false material set to one side, the affidavit's remaining content is insufficient to establish probable cause, the search warrant must be voided and the fruits of the search excluded to the same extent as if probable cause was lacking on the face of the affidavit.

That’s basically what McKerlie is seeking to do here, except he’s basing his argument on evidence omitted from the warrant application, instead of false information included in it. This is what happened:

The charges stem from an investigation initiated by the Federal Bureau of Investigation after one of its agents identified [McKerlie] as an individual allegedly sharing child pornography through the internet. Unbeknownst to the FBI agent, another federal agency, Immigration and Customs Enforcement (ICE) had recently investigated [him] for the same offenses. No child pornography was discovered by ICE agents during their search. When the FBI applied for a search warrant for [his] residence, the Magistrate Judge was not informed of the fact of ICE's investigation, including ICE's prior search of Defendant's house and computer

This is how the ICE investigation came about, and ended:

ICE began investigating [McKerlie] in April 2007 and the investigation continued for more than three years, ending on May 28, 2010. On April 15, 2009, ICE agents interviewed [him] at his home regarding information obtained by ICE indicating that, in 2006 and 2007, [McKerlie] had purchased subscriptions to child pornography websites using his credit card.

During the April 15, 2009 interview, [he] denied any involvement with child pornography. [He] gave the ICE agents permission to examine two computers that were in his possession. ICE Special Agent John Owen conducted an on-site forensic examination of these two computers; the examination did not reveal any child pornography images. [McKerlie] also told the ICE agents during the interview that he owned an additional laptop computer but had disposed of it approximately two weeks prior to the April 15, 2009 interview.

After the April 15, 2009 interview, an ICE Special Agent informed [McKerlie’s] supervisor that ICE had concluded its investigation.

And this is how the FBI investigation came about, and where it went:

On March 23, 2009, FBI Special Agent (SA) Michelle Terwilliger, acting in an undercover capacity, was using the LimeWire peer to peer file sharing application to identify individuals sharing child pornography over the internet. Terwilliger allegedly connected with [McKerlie] online and downloaded ten image files from [him], all of which constituted child pornography. Subsequent investigation identified [McKerlie] through internet service provider subscriber information, and it was determined that [he] was in Tucson, Arizona at the time the child pornography files were made available for download.

Terwilliger provided the information obtained from her online investigation to FBI SA Eric Campbell. On August 3, 2009, Campbell obtained a search warrant for [McKerlie]s] residence from Magistrate Judge Pyle. The search warrant was executed by FBI agents on August 7, 2009. At the time of the search, agents seized [McKerlie’s] computer. . . . [and] subsequently conducted a full forensic examination of [its] computer hard disk drive; the examination revealed 14 still image child pornography files depicting minors engaging in sexually explicit conduct, including depictions of sadistic and masochistic conduct.

During the execution of the warrant, [McKerlie] told FBI agents he had previously been interviewed by ICE agents regarding child pornography. Prior to the August 7, 2009 interview with [him], the FBI agents were not aware of any investigation by ICE involving [McKerlie]. After learning of the ICE investigation . . ., Campbell contacted the Tucson ICE office, which confirmed ICE's previous investigation.

In his motion to suppress, McKerlie argued that the evidence obtained from his computer should be suppressed because

the search warrant omitted the material information that ICE had previously searched [his] computers and found no child pornography. [McKerlie] asserts that had Magistrate Judge Pyle been aware of the `totality’ of the federal investigations and the previous examination of the computer, he would not have found probable cause for issuance of the search warrant. [He] seeks a Franks hearing to demonstrate that the omitted information was material to the probable cause determination.

In ruling on his motion, the U.S. Magistrate Judge to whom the matter had been assigned found, first, that McKerlie had

failed to make the substantial preliminary showing that the affiant `knowingly and intentionally, or with reckless disregard for the truth’ omitted facts required to prevent the statements in the affidavit from being misleading. There is no indication Campbell committed perjury or acted with reckless disregard for the truth when he did not include the fact of ICE's prior examination of the computer in his application for a search warrant of the same computer.

The Magistrate Judge also rejected McKerlie’s argument that he was entitled to the name of the Assistant U.S. Attorney (AUSA) who worked with ICE on their investigation of McKerlie, apparently on the theory that this AUSA might have “communicated with” the AUSA who worked with the FBI on their investigation. U.S. v. McKerlie, supra. The magistrate judge rejected this argument, in part, because the AUSA assured the judge that she had not been told about the ICE search, had not discussed the FBI’s investigation with anyone and that “no file was opened” in the U.S. Attorney’s office concerning the ICE investigation. U.S. v. McKerlie, supra.

Finally, the Magistrate Judge found that the omitted information was not “material.” U.S. v. McKerlie, supra. She noted that McKerlie alleged that Judge Pyle would not have

issued the search warrant knowing that ICE's on-site examination of the computer in April 2009 yielded no evidence of children pornography. The FBI affidavit, however, provided a sufficient explanation as to why an on-site examination such as the one conducted by ICE, could fail to locate child pornography present on a computer and the affidavit provided probable cause for a more in-depth search of the same computer. The warrant described numerous ways that child pornography is hidden on computers and the highly technical process and expertise required to detect the pornography. The affidavit explained why a detailed off-site search was often necessary to detect pornography.

In one portion of the affidavit, the affiant stated: `Since computer evidence is extremely vulnerable to tampering or destruction (both from external sources or from destructive code embedded in the system as a “booby trap”), the controlled environment of a laboratory is essential to its complete and accurate analysis.’ In another section, the affiant described how computer experts can recover during a complete off-site forensic evaluation, deleted images, including images deleted years earlier:

It is also possible for computer experts to recover files or remnants of files months after they have been downloaded onto a hard drive and later deleted months or years later, but doing so requires a significant investment of time. . . . [D]eleted files or remnants of deleted files may reside in free space or slack space-that is, in space on the hard drive that is not allocated to an active file or that is unused after a file has been allocated to a set block of storage space-for long periods of time before they are overwritten. . . .

in contrast to multiple searches of the same premises for contraband, a preliminary search of a computer for images of child pornography may not dissipate probable cause for a second, more-detailed search of the same computer. Campbell's affidavit demonstrates that, in light of the nature and complexity of computer storage of images and data, probable cause existed for a full forensic off-site examination of [McKerlie’s] computer, even where an initial search was fruitless. ICE's prior search of [his] computer did not negate the finding of probable cause to search [his] computer in August 2009. ICE's search was an-site preliminary search. There is no indication that the search employed the forensic evaluation sought by the FBI. The FBI affidavit provided probable cause to repeat a search of the same computer off-site and in a more detailed manner.

Since she found that the omitted information – ICE’s “prior fruitless review” of McKerlie’s computer – did not “negate the finding of probable cause supporting the FBI’s application for a search warrant” for his computer in August of 2009, the Magistrate Judge denied his motion to suppress and his request for a Franks hearing. U.S. v. McKerlie, supra.

Posted by Susan Brenner at 6:00 AM