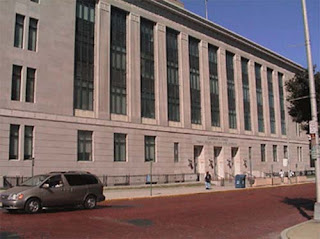 This post examines a recent decision from the U.S. Court of Appeals for the 10th Circuit in which the court ruled on various issues involving the admissibility of several different types of electronic records. The case is U.S. v. Blechman, 2011 WL 4060250 (2011), and this is the court’s summary of how the case arose and what the evidentiary issues were:

Blechman appealed, claiming the trial judge erred in admitting “an America Online (`AOL’) record that connected him to the e-mail address `rablechman @aol.com’ and three PACER records revealing that he accessed fraudulent bankruptcy cases in Tennessee that were similar to the Kansas bankruptcies identified in the indictment.” U.S. v. Blechman, supra. The AOL record – Exhibit 1-BBB – was introduced into evidence via the testimony of Patricia Johnson, an AOL investigator and was intended

to `show[ ] that an individual using the screen name “Rablechman” who listed a name and address of “Robert Blechman, 10736 Jefferson Blvd., Culver City, CA 90230” established an account with AOL.’ . . . [It] consisted of three pages. The first showed that someone using the screen name `rablechman’ logged on to AOL on December 5, 2008, from a Cox Communications IP address. The second page indicated that the screen name `rablechman’ was associated with a free AOL account. . . . [and included] a description of free AOL accounts, which read, in part, `Registration information is recorded but not verified. Fictitious names and addresses are common.’ . . . The third page. . . . showed the account was created on May 20, 1998, and . . . was registered to Robert Blechman in Culver City, California.

Johnson testified that (i) Exhibit 1-BBB “was an AOL record kept in the regular course of business, made “at or near the time of the information recorded,” and made by a person with knowledge of AOL’s business. U.S. v. Blechman, supra. On cross examination, she admitted that “AOL did not verify who originally input the `subscriber information’ contained on the third page of the exhibit and that it could have been `anybody in the world who could access a computer.’” U.S. v. Blechman, supra. Because of that, Blechman objected to the “admission of Exhibit 1-BBB on hearsay grounds” but the trial judge overruled the objection, finding that “the exhibit fell within the business records exception to the hearsay rule.” U.S. v. Blechman, supra.

As I noted in an earlier post, hearsay is “a statement, other than one made by the declarant while testifying at the trial or hearing, offered in evidence to prove the truth of the matter asserted.” Federal Rules of Evidence, Rule 801(c). The federal system and every state defines hearsay similarly, and they all recognized basically the same set of exceptions to the rule. As I explained earlier, hearsay isn’t allowed, as a general rule, because it denies the party against whom it is introduced an opportunity to effectively challenge its accuracy and reliability. A rumor would be hearsay; so if I took the stand and said I’d heard a rumor that you’re an axe murderer, you couldn’t do much to attack the basic accuracy of the content of the rumor. You could try to attack my credibility, but since I’m saying I heard this story from John Doe, and I trust John Doe, you’re pretty well stymied in attacking the inherent believability and accuracy of the axe murderer story.

One of the exceptions is the “business records” exception which is codified in Rule 803(6) of the Federal Rules of Evidence. As Wikipedia explains, the rationale of this exception is the premise that “employees are under a duty to be accurate in observing, reporting, and recording business facts. The . . . belief is that special reliability is provided by the regularity with which the records are made and kept, as well as the incentive of employees to keep accurate records (under threat of termination or other penalty).” The presumptive accuracy with which business records are kept is assumed to overcome the law’s skepticism about admitting regular hearsay. The records are hearsay because the contents – the statements – they contain are being introduced to prove the truth of the matter(s) they attest to.

In analyzing Blechman’s argument that Exhibit 1-BBB did not fall within the business records exception, the Court of Appeals noted that it was “undisputed” that the exhibit was offered to prove the truth of the matters asserted, i.e., that Blechman was the registered owner of the email address as issue, so it was hearsay. U.S. v. Blechman, supra. The court also noted that to fall within the business records exception, a record must (i) have been prepared in the normal course of business; (ii) have been made at or near the time of the events recorded; (iii) be based on the personal knowledge of the entrant or of a person who had a business duty to transmit the information to the entrant; and (iv) indicate the sources, methods and circumstances by which the record was made were trustworthy. U.S. v. Blechman, supra.

Blechman argued that Exhibit 1-BBB did not fall within the exception because it constituted “double hearsay.” U.S. v. Blechman, supra. The Court of Appeals then explained that double hearsay

`in the context of a business record exists when the record is prepared by an employee with information supplied by another person.’ U.S. v. Gwathney, 465 F.3d 1133 (10th Cir. 2006). If the person who provides the information is an outsider to the business who is not under a business duty to provide accurate information, the reliability rationale that underlies the business records exception ordinarily does not apply. See U.S. v. Ary, 518 F.3d 775 (10th Cir. 2008) (`The essential component of the business records exception is that each actor in the chain of information is under a business duty or compulsion to provide accurate information. If any person in the process is not acting in the regular course of business, then an essential link in the trustworthiness chain fails”). . . . Accordingly, the general rule is that `[a]ny information provided by . . . an outsider to the business preparing the record[ ] must itself fall within a hearsay exception to be admissible.” U.S. v. Gwathney, supra.

The Court of Appeals found that the trial court judge erred in admitting Exhibit 1-BBB because it was “undisputed that the crucial information” in it, i.e., the information regarding the identity of the “user of the `rablechman’ AOL account . . . was provided by a third party over the Internet, not by an employee of AOL.” U.S. v. Blechman, supra.

Willmann basically offered the same testimony to establish that Exhibits 23 and 24 qualified for admission under Rule 803(6). U.S. v. Blechman, supra. The prosecution introduced them because they showed that the PACER account in question had been used to access bankruptcy cases in the two federal judicial districts in Tennessee. U.S. v. Blechman, supra.

Posted by Susan Brenner at 1:34 PM