"Judicial Deception" and the 4th Amendment 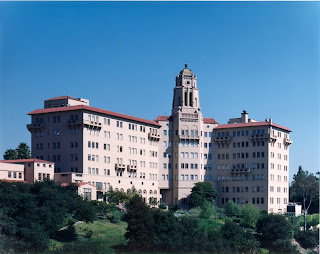 As I’ve noted in earlier posts, someone who believes their rights under the U.S. Constitution were violated but who was not charged with a crime arising from that violation can bring a civil suit seeking damages for the violation. (As I’ve noted in various posts, those who claim their Constitutional rights were violated and who were charged with a crime based on evidence obtained from that violation, can, and usually do, file a motion to suppress the evidence.)

These suits are usually brought under 42 U.S. Code § 1983 which, as Wikipedia notes, “provides a way individuals can sue to redress violations of federally protected rights.”

This post is about a case in which a Washington couple – Todd and Nicole Chism – files a § 1983 against the State of Washington, the Washington State Police and Sergeant Sager. Chism v. Washington State, 2011 WL 3715574 (U.S. Court of Appeals for the 9th Circuit 2011). The circumstances that gave rise to the suit are rather complicated, but this is how it all began:

On July 17, MECTF received another tip from NCMEC. . . . [that said] two weeks earlier, Yahoo! archived images of child pornography that were on [another website]. The tip listed Yahoo! user account qaagwcyI9ab@yahoo.com . . . as the `suspect’. . . .[and said] IP address 67.160.71.115 was used to open the second user. . . . WSP Detective Vic Mauro was assigned to investigate this tip.

Gardner found that the Chisms’ 6907 credit card was a Bank of America card, contacted BoA and found that it was a replacement for a lost card but no fraudulent activity had been reported on the 6907 card. Chism v. Washington State, supra. He obtained credit card statements for the 6907 card and “confirmed that the Chisms had paid two charges” for the two websites noted above. Chism v. Washington State, supra. He then decided there was probable cause to believe Todd Chism had committed a crime, and so

submitted a search warrant application and affidavit to a magistrate judge and obtained a warrant to search the Chisms' home in Nine Mile Falls, Washington, and Todd Chism's workplace in Spokane. Sager reviewed the affidavit and agreed that probable cause existed. On the same day, Deputy Prosecuting Attorney Christian Peters obtained a warrant to arrest Todd for `[s]ending, bringing into the state depictions of minor engaged in sexually explicit conduct and [p]ossession of depictions of [m]inor engaged in sexually explicit conduct.’

The warrants were executed five days later. WSP officers arrested . . . and interrogated Todd; scoured the Chisms' home; and seized the Chisms' computers. No child pornography was found, and criminal charges were never filed against Todd.

that the officers violated their Fourth Amendment rights through judicial deception. For the Chisms' judicial deception claim to survive summary judgment, [they] `must 1) make a substantial showing of [the officers'] deliberate falsehood or reckless disregard for the truth and 2) establish that, but for the dishonesty, the [searches and arrest] would not have occurred.’ Liston v. Cnty. Of Riverside, 120 F.3d 974 (9th Cir. 1997). . . .

false statements and omissions. The first false statement was her assertion that, `[b]ased on the information received from NCMEC about the images downloaded by Todd M. Chism, it is likely to believe he was using internet service at his residence and/or business office.’ Gardner's allusion to `images downloaded by Todd M. Chism’ is inaccurate. When [she] drafted the affidavit, she possessed no information that Todd had ever accessed any child pornographic images, let alone the images . . . uploaded to the qem and foel websites.

Nor did Gardner have any evidence that the images were ever downloaded by anyone. As far as [she] knew, the only evidence linking Todd to the websites was the fact that the credit card he shared with Nicole was used to pay the hosting fees for [them]. [Her claim] that Todd downloaded . . . child pornography was not a truthful representation of the evidence she gathered.

[Her] affidavit also contained several serious omissions. First, Gardner omitted her discovery that the IP addresses used to open the offending Yahoo! user accounts and websites were traced to people other than the Chisms. Second, [she omitted the fact that a third IP address -- 69.147.83.18 -- was used to log in to the first and second user accounts on June 18, 2007, and . . . was never traced. Third, Gardner omitted the fact that Nicole shared the 6907 credit card account with Todd, even though Nicole's name -- not Todd's -- was associated with the two user accounts. Fourth, Gardner did not report that the user accounts contained nonsensical identifying information.

Since the affidavit contained “false statements and omissions,” the court then considered whether the Chisms had made a “substantial showing of the officers' intentional or reckless disregard for the truth; and, if so, whether their false statements and omissions were material to the probable cause determinations.” Chism v. Washington State, supra.

The court found that the Chisms had made a substantial showing that the officers “acted with at least reckless disregard for the truth”, given that Gardner included statements she knew were false when she drafted the affidavit and that a “reasonable factfinder” (i.e., a judge or jury) could find that the officers acted recklessly or intentionally because “the false statements and omissions . . . in the affidavit all bolster the case for probable cause, which suggests the mistakes were not the product of mere negligence.” Chism v. Washington State, supra (emphasis in the original). The court also noted that while the “offending IP addresses” were traced to different people (“Corn and Pleasant”), this was not included in the affidavit, nor was the fact that Nicole Chism was an authorized user of the credit card. Chism v. Washington State, supra.

The Court of Appeals then found that while Gardner’s affidavit presented “evidence that a computer used to upload” child pornography “would contain evidence of a crime”, it was not “sufficient to establish a fair probability that evidence of a crime would be found that the Chisms’ home or Todd Chisms’ office.” Chism v. Washington State, supra. It noted, for example, that a

truthful version of Gardner's affidavit would have indicated that the sole evidence connecting Todd Chism to the child pornographic images was the fact that the credit card he shared with Nicole was charged three times for hosting the websites that contained child pornographic images. This connection is a far cry from the facts presented in the affidavit, which stated that Todd `downloaded’ and `purchase[d]’ child pornography. A supplemented version of Gardner's affidavit also would have informed the magistrate judge that the IP addresses used to register the websites were traced to people other than the Chisms, and the Yahoo! user accounts associated with the sites contained nonsensical identifying information.

violated Washington's laws against child pornography. First, one would have to infer that Todd had used his wife's name rather than his own to pay the hosting fees for the sites. One would also have to infer that Todd devised a way to access the foel and qem websites with a forged IP address. Finally, one would have to infer from the previous two inferences that Todd was the person who uploaded the child pornographic images from his computer to the websites at an unknown time, date, and location. This convoluted string of inferences reduces the possibility that child pornography would be found at Todd Chism's home and office to far below a `fair probability.’

The court also noted that the “Certificate of Probable Cause (CPC)” Peters used to get the warrant for Todd’s arrest “cited Gardner’s investigation as the source of his information” and also “contained material false statements and omissions”. Chism v. Washington State, supra. It also stated that the Chisms’ credit card was used to buy child pornography and omitted the “critical information” outlined above. Chism v. Washington State, supra.

(The photo is the Richard H. Chambers United States Court of Appeals for the 9th Circuit Building . . . formerly the Vista del Arroyo Hotel.)

A spokeswoman with the Washington Attorney General's Office told the Seattle Post Intelligencer on Thursday that the state would request a review of the ruling before a full panel of the 9th Circuit.