The Blog, the County Seal and the First Amendment 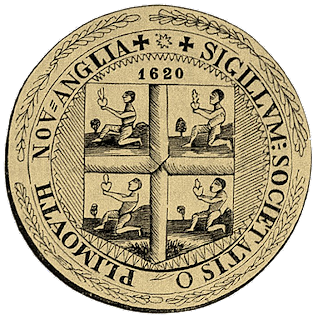 This post is about a civil suit that raised an unusual issue: whether an ordinance that “restrict[ed] the display or use of the image of the official seal of Fluvanna County”, Virginia violated the 1st Amendment. Rothamel v. Fluvanna County, Va., 2011 WL 3878313 (U.S. District Court for the Western District of Virginia 2011).

This is how the ordinance, and the case, arose:

Fluvanna County is authorized by the [Virginia] Commonwealth to have a county seal. . . . Although the County had used its official seal for several years, it had never adopted the seal by ordinance or formally provided for regulation of its use. On September 15, 2010, the County held a public meeting to consider the adoption of an ordinance prohibiting the display of the Fluvanna County seal unless expressly authorized by the Fluvanna County Board of Supervisors (the `Board’). Rothamel claims the ordinance was proposed to curtail his use of the seal. He attested that `shortly before the enactment of the ordinance, I learned some supervisors were upset about my blog and intended to prohibit my use of the county seal.’

Rothamel came to the Board’s meeting and was the

only member of the public to make a comment at the meeting once it was opened for public discussion. Rothamel stated he believed that it was his use of the seal on his blog that caused the Board to draft the ordinance. Rothamel explained that his display of the seal on his blog was for news reporting and criticism. He asked whether his use of the seal would be permitted under federal law or whether it would violate the proposed ordinance. . . . [A] member of the Board made clear that `[Rothamel's] actions were the precipitating cause of formalizing this,’ but . . . were not `the object’ of the ordinance. Rather, the ordinance's purpose was to clarify the County's policy on the use of the seal to the public and to ensure the seal is not used to mislead another into thinking a private individual is `acting on official county business’ when he is not. [As] to Rothamel's request for clarification . . . a member of the Board stated:

`. . . . [T]here is authority that using . . . [the] seal without authority is in fact imperatively unlawful. Now . . . I'm not trying to intimidate anybody, if Mr. Rothamel thinks he has got the right to use it then he can go ahead and do it and if he infringes it then it will be up to the county to decide if it wants to try and to enforce this against him and if it does then he will have an opportunity to defend it. But he is not the object of this. . . . ‘

Rothamel “stopped displaying the seal after the ordinance’s adoption for fear of being subject to criminal prosecution” but brought a civil action seeking a declaratory judgment that the ordinance violated the 1st Amendment and that his use of the seal constituted protected speech under the 1st Amendment. Rothamel v. Fluvanna County, Va., supra. The opinion puts his suit, and his use of the seal, into context:

Since October 2009, Rothamel has operated a blog on the Internet entitled `FLUCO,’ found at http://flucoblog.com, for which he writes about news and events in Fluvanna County. On numerous occasions, Rothamel placed the official seal of the County next to or preceding news articles and commentary that concerned the County. [His] inclusion of the seal near the articles was intended to indicate that the written material was about County government. Rothamel also scanned into his computer and displayed on his blog verbatim news releases issued by the County on which the County had already affixed the official seal. These were represented as County news releases. Rothamel did not display the seal on the blog for commercial purposes.

The ordinance in question stated that the “seal of Fluvanna County shall be deemed the property of the County; and no person shall . . . display, or in any manner utilize the seal . . . for non-governmental purposes unless such use is specifically authorized by law.” Rothamel v. Fluvanna County, Va., supra. A related ordinance stated that “[a]ny person violating the provisions” of the ordinance quoted above “shall be punished by a fine of not more than $100, or by imprisonment for not more than 30 days, or both.” Rothamel v. Fluvanna County, Va., supra.

sought informal guidance from the County Board of Supervisors about its applicability to his use of the seal, but received no assurance that his use of the seal did not fall under the ordinance. Instead, the Board stated `if Mr. Rothamel thinks he has got the right to use it then he can go ahead and do it and if he infringes it then it will be up to the county to decide if it wants to try and to enforce this against him and if it does then he will have an opportunity to defend it.’

possibility that the ordinance was . . . passed directly in response to Rothamel's use of the seal . . .separates this case from one in which the threat of enforcement is merely `imaginary or wholly speculative.’ . . . Naturally one whose conduct triggers the drafting of a criminal proscription, the language of which plainly encompasses that conduct, has reason to fear prosecution for that conduct.

As I noted, Rothamel argued that the ordinance violated the 1st Amendment. In response, the County,

apparently recognizing the possibility that the application of the ordinance to Rothamel's expressive activity would be unconstitutional, takes the position that the ordinance can and should be interpreted so that it does not forbid the manner in which Rothamel displayed and wishes to continue displaying the seal. The County recites the principle that a court should apply a narrowing construction to a statute to save an otherwise unconstitutional law.

lacks jurisdiction to authoritatively construe state legislation. . . .Thus, even if this Court interprets the ordinance such that it does not reach the speech of Rothamel, his speech may still be chilled because a state court could adopt a broader construction of the ordinance sufficient to reach Rothamel's speech and obtain a conviction.

Since the narrowing construction wasn’t an option, the County tried “to avoid the question of whether [it] can constitutionally restrict” the speech at issue in Rothamel’s suit by arguing that the judge should broadly construe the

exemption contained in the ordinance for uses of the seal `specifically authorized by law.’ According to the County . . ., the term `law’ includes federal, state, and local legislative enactments, as well as the U.S. Constitution and the Constitution of the Commonwealth of Virginia and the body of federal and state law interpreting them. In other words, the ordinance should be read to exclude from its proscription all uses of the seal that would constitute protected speech under the First Amendment.

The County said the ordinance was necessary to prevent nongovernmental uses of the seal that would “`have the effect of implying the authorization and approval of the County government’” when it had not, in fact, authorized or approved its use. Rothamel v. Fluvanna County, Va., supra. The judge found that this was an important interest, and so then went to the second issue, i.e., whether it was narrowly tailored to further that interest. Rothamel v. Fluvanna County, Va., supra. He found it was not because it

makes criminal a wide range of activity. Unless the . . . display, or use of the seal or an exact copy or representation of the seal is for governmental purposes or is specifically authorized, it is illegal and punishable by fine or imprisonment under the ordinance. This sweeping prohibition encompasses a substantial number of uses of the seal that would not suggest government endorsement, such as the display on a website of an exact copy of an official County news release that contains the image of the seal next to the text, or the publication in a newspaper of a photograph of a County official delivering a speech from a podium upon which the County seal is . . . visible. . . . The County ordinance curbs too much expression to be narrowly tailored to further the County's legitimate interest in preventing the seal's deceptive or misleading use. . . . The County has failed to show the ordinance is narrowly tailored to achieve its purpose of preventing the use of the seal to convey a false impression of government sponsorship or approval.

Rothamel v. Fluvanna County, Va., supra. (The judge also noted that the County conceded that “the display of the seal next to news commentary on Rothamel's blog and the reproduction of news releases containing the seal do not convey the impression of government sponsorship of the blog.” Rothamel v. Fluvanna County, Va., supra.)

The judge therefore granted summary judgment for Rothamel and entered a “permanent injunction that prohibits the County from enforcing the ordinance against him for the two ways in which Rothamel had been displaying and wishes to continue displaying the County seal.” Rothamel v. Fluvanna County, Va., supra. The County can, of course, try again, with an ordinance that is more narrowly tailored to achieve the purpose noted above and/or come up with another purpose and adopt an ordinance designed to protect that interest.

Posted by Susan Brenner at 7:44 AM