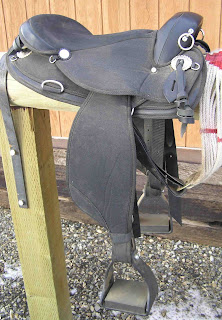 As I’ve explained in earlier posts, and as Wikipedia explains, the 4th Amendment creates a right to be free from “unreasonable” searches and seizures. This post examines a case in which the defendant argued that law enforcement officers’ actions with regard to his cell phone violated the 4th Amendment.

The case is U.S. v. Gomez, 2011 WL 3841071 (U.S. District Court for the Southern District of Florida) and it arose after law enforcement officers seized a horse saddle being shipped via DHL that, “when drilled, revealed a white substance” that turned out to be cocaine. U.S. v. Gomez, supra. The officers investigated the package at the DHL hub in Miami after it was found to contain “unusually high densities when scanned by X-ray” and when a “canine unit” alerted that the “package contained narcotics.” U.S. v. Gomez, supra.

Gomez eventually realized he was being followed and tried to avoid the agents following him but his “erratic” driving gave them cause to stop him, which they did. U.S. v. Gomez, supra. After they secured his vehicle, the agents searched it and found an operational

Metro PCS cellular phone. . . . [which] is capable of making calls, receiving voice mail, sending text messages and taking photographs, but is not a `smartphone. . . .The . . . cell phone was not internet capable.

Upon seizing the cell phone, Agent Mcphee reviewed its call log history and made a written record of each name and number for incoming and outgoing calls made during the preceding 24–48 hour period. Afterwards, the cell phone was left powered `on’ and placed on the trunk of a vehicle at the scene of the arrest.

At about this time, [Gomez’s] cell phone . . . [rang and] began to receive calls from a `Javier Blue’ whose name appeared on the caller ID . . . . Agent Olaniel answered [it] and engaged `Javier Blue’ in conversation. `Javier Blue’ asked, `do you have the package.’ After Olaniel, posing as [Gomez, said] `yes,’ `Javier Blue’ quickly grew suspicious . . . and terminated the call. `Javier Blue’ called back several additional times . . . but, each time, the call was terminated by either Olaniel (to avoid detection) or `Javier Blue’ (due to his suspicion). Because of these problems, Olaniel changed . . . [to] text message[s]. `Javier Blue’ . . . asked [Gomez] to deliver the package to his residence. . . . Olaniel [explained] that, due to engine problems, `Javier Blue’ would have to pick up the package directly from their location.

Approximately thirty minutes later, `Javier Blue’ arrived in a Toyota Corrola along with two additional individuals. `Javier Blue’ exited this vehicle, walked towards [Gomez’s] vehicle, surveyed the area, and attempted to walk back to the Corrola. The agents . . . detained all three individuals. `Javier Blue’ was identified as Javier Almeida. Almeida gave agents his consent to examine his cell phone and they discovered that . . . his cell phone matched the number of `Javier Blue.’ Based on this . . . the agents arrested Almeida. . . . [and] photographed [Gomez’s] cell phone to memorialize their text message exchange with Almeida.

After being charged with conspiring to import 500 grams or more of cocaine into the United States in violation of 21 U.S. Code §§ 952(a) and 960(b)(2)(B), Gomez moved to suppress the following as having been seized in violation of the 4th Amendment: “1) the cell phone's call log history; 2) the name `Javier Blue’ that appeared on the caller ID; 3) Olaniel's voice and text conversation with `Javier Blue;’ and, 4) the photographic evidence of the Olaniel/Almeida text message conversation.” U.S. v. Gomez, supra. He claimed the evidence must be suppressed because (i) the agents did not have a search warrant and (ii) no exception to the 4th Amendment’s warrant requirement applied here. U.S. v. Gomez, supra.

The judge first addressed the seizure of the phone: He noted that the agents arrested ”[Gomez], searched him and his vehicle incident to arrest, discovered an operational cell phone close to [him], and seized it. That search and seizure is clearly permissible under the 4th Amendment, and [Gomez] acknowledged as much during the hearing.” U.S. v. Gomez, supra.

Gomez also argued that the agents’ “warrantless search post-seizure” of the cell phone violated the 4th Amendment with “respect to the caller ID screen.” U.S. v. Gomez, supra. The agents argued that the cell phone “the cell phone rang independent of any action taken by [them] and that because the Caller ID displayed the caller's name -- `Javier Blue’ -- in plain view, there was no `search’” under the 4th Amendment. U.S. v. Gomez, supra. At the hearing on the motion to suppress, the agents testified that they put

[Gomez’s] properly seized cell phone on the truck of a vehicle during [his] arrest. The cell phone rang four to five times in close succession and, in each instance, the Caller ID displayed the name `Javier Blue.’ The agents learned this name by accident when it appeared on the display screen in plain view. . . . [They] did not manipulate the phone . . . to cause `Javier Blue’‘s name to appear. [Gomez] proffers no contrary testimony. Because we find the agents' testimony credible on this point, the question turns on whether a name appearing on [his] caller ID display, through no fault or effort of the agents, is considered a search for 4th Amendment purposes.

The judge then explained that the issue was governed by the plain view doctrine, which “provides that agents may seize items if (1) the officers are lawfully in a position from which they view an object, (2) the incriminating character of the object is immediately apparent, and (3) the officers have a lawful right of access to the object.” U.S. v. Gomez, supra. He also noted that while the plain view doctrine “permits the seizure of” evidence in plain view, it “does not authorized a warrantless search of the item for concealed evidence.” U.S. v. Gomez, supra.

The judge ultimately decided that the plain view doctrine applied here: “[T]he agents lawfully stopped, detained [Gomez] and seized his cell phone incident to his arrest. The fact [they] observed Javier Blue's name on [his] cell phone clearly falls under the rubric of `plain view’ and is thus there is no `search’ of the cell phone's Caller ID for Fourth Amendment purposes.” U.S. v. Gomez, supra. Basically, the rationale behind the plain view doctrine is that if the officer is lawfully in a position to observe evidence, i.e., hasn’t violated the 4th Amendment by being in that position, it isn’t a search for him to look at something “in plain view” and, if the fact it’s incriminating evidence is clearly apparent, seize it. As I noted in an earlier post, the Supreme Court has held that in this situation, there isn’t a search because what someone “knowingly exposes to public view” isn’t private and therefore isn’t protected by the 4th Amendment.

The judge then addressed Gomez’s motion to suppress evidence obtained as a result of searching his cell phone’s call log history. U.S. v. Gomez, supra. Gomez argued that the

The judge noted that, as Wikipedia explains, the search incident exception lets officers search the area from within which an arrestee might be able to grab a weapon and/or destroy evidence without obtaining a warrant. U.S. v. Gomez, supra. The rationales for the exception are that the arrestee has a diminished expectation of privacy in this area and that the exception is needed to ensure officer safety and prevent the destruction of evidence. U.S. v. Gomez, supra. In Gant, the Supreme Court cut back on the scope of the exception as it applies to people arrested in a vehicle; under the prior rule, an officer could automatically search the entire passenger compartment of the car, including glove compartments, consoles, and any items left in the car, like a backpack. U.S. v. Gomez, supra. The Gant Court said officers can search a vehicle pursuant to the search incident exception only if “the arrestee is within reaching distance of the passenger compartment at the time of the search or it is reasonable to believe the vehicle contains evidence of the offense or arrest.” Arizona v. Gant, 556 U.S. 32 (2009).

In this case, the judge held that the search of Gomez’s call log history was a valid search incident to arrest under Gant:

[T]he agents arrested [Gomez] and, incident to that arrest, seized a cell phone that was found close to [him]. While this alone is enough, the agents also had probable cause to suspect [his] cell phone contained evidence relevant to his arrest. . . .

[They] intercepted a package carrying cocaine; [Gomez] placed this package in his vehicle; and, before agents effected a vehicle stop they observed [him] on his cell phone. . . .

[T]he agents were clearly permitted to seize the cell phone . . . and, like a wallet, purse, bag, or cigarette case, look through the item at the scene to see if any evidence or other contraband could be found. Moreover, because Mcphee promptly reviewed the call log history at the scene, the search was temporally and spatially connected with the arrest. It was, in short, a classic search incident to arrest

Gomez argued that there was no need to search the cell phone because he was in handcuffs in the agents’ vehicle when it was searched, and so could not have lunged for it to destroy it or to somehow use it as a weapon. U.S. v. Gomez, supra. The judge correctly pointed out that this argument didn’t work because there is a long line of search incident cases in which courts have held that officers don’t need to establish that there was an actual exigency, i.e., that there was an actual threat that the arrestee would grab the seized item and destroy it or use it as a weapon. U.S. v. Gomez, supra. Basically, a search incident is automatic, is basically predicated on an implied exigency; courts have given officers the ability to conduct a limited search incident as a matter of course, without their having to show facts establishing either danger to them or danger that evidence will be destroyed. U.S. v. Gomez, supra.

In closing, this judge said, “[e]ven though we may disagree with the application of that . . . line of cases to the ever-advancing technology of cell phones, . . . we are constrained to apply the law as the Supreme Court currently pronounces it.” U.S. v. Gomez, supra. He therefore denied Gomez’s motion to suppress. U.S. v. Gomez, supra.