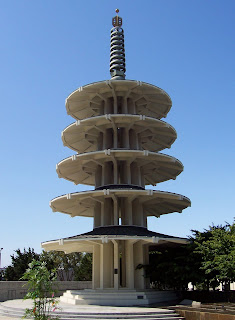 After being convicted of 3 counts of murder, 2 counts of attempted first degree murder, 1 count of discharging a firearm at an occupied vehicle, 2 counts of assault with a semiautomatic firearm and 1 count of reckless driving while evading a peace officer, Joseph James Melcher appealed. State v. Melcher, 2011 WL 4432935 (California Court of Appeals 2011). The charges arose from two incidents that occurred in San Francisco in 2006. State v. Melcher, supra.

The first occurred on August 27 after Robert Stanford, Dominic Cheng and Tony Ma

left the home of their friend Latesha Li [in] the 2600 block of San Bruno Avenue. . . . [which] is dotted with businesses with Asian characters depicted in their signage. Stanford and Cheng got into Stanford's car and made a U-turn. Ma saw a burgundy reddish car pull in front of Stanford's car. . . . [A] White or Hispanic man, five feet 10 or five feet 11 inches tall, 140–150 pounds, bald with a hoodie got out of the car with a gun, walked to Stanford's car and fired eight or nine shots at him. The shooter then drove off. Cheng got out of the car, injured and bleeding; a bullet was removed from his leg. Stanford died of multiple gunshot wounds.

Then, around 9:00 p.m. on October 21, bartender “Mi Qyung Kim was working at The Flow bar in Japantown” and “Song Lee and Jung Lee were chatting at the bar.” State v. Melcher, supra.

A White man in his 20's, five feet 10 inches tall, no facial hair, wearing a white cap and a white hooded sweater shirt, walked into the bar. He asked Jung Lee in Korean, `[W]here is Jennifer?’ Song Lee asked, `Why are you asking?’ The man pulled out a black gun and shot Song Lee. . . . Mi Qyung Kim scooted behind the bar. The man aimed the gun at her and shot; she fainted.

Around the same time, “Jeffrey Tai was walking with Jimmy Yu and other friends in Japantown toward an intersection between Post and Buchanan.” State v. Melcher, supra.

Yu heard two shots coming from a basement. About two minutes later, a man ran next to the group, coming from the direction of the basement; he mumbled something. The man ran across the street while the light was still red, said `Fuck you, motherfucker’ to a man, pulled out a gun and shot him.

Using keywords including `Asian,’ `kill,’ `hate’ and `Jennifer,’ he came upon the `rotten.com’ Web site accessed many times on [Melcher’s] computer, including on September 5 and 9 and October 4, 8, 10 and 14, 2006. Lynch described the Web site as containing graphic images of crime scenes, pictures related to racism, and morbid images. In [his] folder, accessed on October 14, 2006, was an animated cartoon of a female cut up as sushi. Another image, accessed on October 6, 2006, was of an animated Asian female lying on a bed, partially clothed. Other images accessed included Asian persons wearing protective masks over their faces, Asian military pictures, and sexually explicit animated cartoons.

During a lengthy pretrial hearing, Lynch testified about the forensic investigation of . . . [Melcher’s] computer, notably his 20 visits to the rotten.com Web site during the period September 5, 2006 through October 14, 2006. The trial court admitted the Internet links and images. . . . It ruled the evidence was relevant to prove motive, intent, premeditation, deliberation, and [Melcher’s] fixation on Asians, death and homicides . . .

At trial, Lynch described the rotten.com Web site and the type of images [Melcher] accessed. Two exhibits were passed among the jurors, one with the sushi picture and the other with images of Asians with protective masks, Asian military images, and sexually explicit cartoons of Asian women. On cross-examination, appellant admitting going to the rotten.com Web site several times, and acknowledged the nature of images depicted at the site.

The links and images were admitted under § 1101(b) of the California Evidence Code, which states that “[e]xcept as provided in this section” and several other sections of the Evidence Code, “evidence of a person's character or a trait of his or her character . . . is inadmissible when offered to prove his or her conduct on a specified occasion.” State v. Melcher, supra. Section 1101(b) states that “[n]othing in this section prohibits the admission of evidence that a person committed a crime . . . when relevant to prove some fact (such as motive, opportunity, intent, preparation, plan, knowledge [or] identity. . .) other than his or her disposition to commit such an act.” State v. Melcher, supra. (If you’d like to read more about “other acts” evidence, check out this online article.)

As the Court of Appeals noted, because this type of evidence (“uncharged conduct” or “other acts” evidence) “may be prejudicial, the court must weigh the probative value of the proffered evidence against the probability that its admission would create a substantial danger of undue prejudice, confusing the issues or misleading the jury.” State v. Melcher, supra. The court also explained that to admit uncharged other acts

The Court of Appeals then explained that Melcher was charged with

murder and attempted murder, with a special circumstance allegation that he intentionally killed the victims because of their `race, color, religion, nationality, or country of origin.’ . . . With his not guilty plea, [Melcher] put in issue all the elements of the murder offenses and the special allegation, including intent, deliberation, premeditation and the intentional killing because of the victims' race.

[He] asserts that his Internet views of the rotten.com images were `nothing short of irrelevant.’ We disagree. The other acts evidence was relevant to establish [Melcher’s] state of mind at the time he killed the victims, and attempted to kill the other victims, and whether he committed the crimes because the victims were Asian, supporting the section 190.2, subdivision (a)(16) allegation. . . .

The evidence was also relevant to show that [he] acted deliberately and with premeditation. That on numerous occasions [Melcher] viewed morbid death scenes and Asians in unflattering images tended in reason to show the planning and reflection involved in premeditation and deliberation, namely that in advance of the killings, he considered the choice to kill and then decided to kill the Asian victims.

The court also found that the admission of the evidence was not inherently prejudicial:

The rotten.com images were less inflammatory than the photographs of the actual crime scenes shown to the jury, including pictures of bloodied victims who died from multiple gunshot wounds. Moreover, the evidence did not consume undue trial time; the expert testimony on the subject was relatively brief as was the cross-examination of appellant on the subject.

As a result, the court found that the admission of the images did not violate due process because, as noted above, the evidence was relevant, was admitted “as probative of contested issues in the case” and was not prejudicial. State v. Melcher, supra.

from Lynch that his computer search did not unearth evidence of chat room activity or e-mails reflecting animus or hatred toward Asians. In closing argument, defense counsel underscored that point and argued that the absence of such evidence showed a lack of motive for the homicides, and undermined the `hate crime’ allegations. The jury rejected the murder because of victim's race allegations. Therefore, while there was substantial evidence to support the section 190.2, subdivision (a)(16) allegations, the jury evaluated the evidence -- including the contested images -- and rejected the allegations.

The Court of Appeals rejected Melcher’s other challenges to his conviction, but found that “two aspects” of his sentence “were unauthorized” and so directed that the sentence be modified to address these issues. State v. Melcher, supra.