The Jurors, the Laptop and PowerPoint 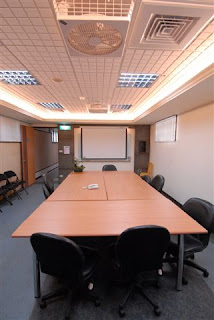 As Wikipedia explains, a

In a criminal law case, the prosecution will restate all the evidence which helps prove each element of the offence.

The closing argument therefore reviews the evidence, but is not evidence itself, which is something the judge will instruct the jury on.

An issue concerning the prosecutor’s closing argument came up in a case in which an Arizona defendant appealed his “conviction of one count of attempted child prostitution”, for which he was sentenced to ten years in prison. State v. Vanderschuit, 2011 WL 2935881 (Arizona Court of Appeals 2011). This is all I know about what led up to the charge:

[Dell Rainbow Vanderschuit] was indicted on one count of attempted child prostitution, a dangerous crime against children. At trial, Phoenix Police Officer Amanda Herman testified that she had initiated three telephone calls to [him] while posing as a caretaker to a fictional ten or eleven year old female. Officer Herman and [Vanderschuit] discussed [his] paying for the child to engage in sexual acts with him. The telephone calls were recorded and subsequently played for the jury during the trial.

The issue we’re going to examine began when “[a]t the conclusion of Officer Herman's testimony, a juror asked the court if the `transcripts or the phone calls [were] available for jury review[.]’” State v. Vanderschuit, supra. The judge responded “in open court” by explaining that

`[w]hat is available for the jury is your notes, as well as all the evidence that has been admitted at this point in time. We have all three of the phone calls in evidence on CD form. Should you wish to review those recordings, playing devices will be provided which will be monitored by my staff. They will be replayed, should you wish. The staff cannot talk to you during those replaying of any of the phone calls and then the device itself and the CD will then be preserved at the clerk's desk.’

Before they began to deliberate, the judge gave the jurors an instruction based on the one quoted above: “`[i]n their opening statements and closing arguments, the lawyers have talked to you about the law and the evidence. What the lawyers said is not evidence, but it may help you to understand the law and the evidence.’” State v. Vanderschuit, supra. The jurors then “reviewed the three telephone calls during their deliberation.” State v. Vanderschuit, supra.

Before they returned with their verdict, Vanderschuit’s lawyer raised a concern:

`It's come to my attention that the tape recordings [the jury was] listening to . . . were . . . on the State's laptop, and, the State's closing argument [was] on that laptop. I know [court staff] went in and turned it off for them and then left, but [the jury] had [the laptop] there by themselves. So I think that . . . gives the appearance of unfairness, if they had access to [the State's] PowerPoint presentation of her closing argument.’

The prosecution responded as follows:

`With respect to the laptop computer, [Vanderschuit's attorney and Vanderschuit] were present when this was being discussed and I asked about the computer. There was discussion about me showing it. . . . So this is not something that just recently came to our attention. I was very candid in open court about providing a laptop or something. And there was no objection as to that, at the time.'

Vanderschuit’s attorney then responded to that response:

`Actually, there was an objection. I requested if the jury wanted to hear the tape, that we all be brought back in and listen to the tapes in the courtroom. And then they could return and deliberate. And I did make that objection, Your Honor. I did make an objection to them listening to that by themselves. And I certainly didn't know that it was going to be on the same laptop that had her closing argument. I would have objected.'

`I'm not saying she tried to hide it from me, but I didn't know it was going to be in there with them, so I would have objected to that. And I'm objecting to that to preserve my record on that issue and would ask for a mistrial based on the fact that I don't think that he has received a fair trial in that respect.’

The judge denied Vanderschuit’s motion for a mistrial, the case went to the jury and, as noted above, he was convicted. State v. Vanderschuit, supra. His attorney then moved for a new trial, arguing that it was error to let them deliberate with the laptop containing the closing argument in the jury room, but “did not ask the court . . . to question the jury as to whether they had touched, manipulated, attempted to access anything on the laptop, or actually reviewed anything on the laptop other than the recorded telephone conversations.” State v. Vanderschuit, supra.

This is how the prosecutor responded to that motion and that argument:

`After the jury retired to the jury room to begin deliberations, a discussion in open court was held in which it was decided that Counsel for the State's laptop (office issued, not personal) would be handed over to the Court's Judicial Assistant and Counsel for the State was asked to show the Court's Judicial Assistant how to operate the laptop. At no time did [Vanderschuit] further object to the laptop going back with the jury.'

Theo McCalvin, judicial assistant to [the trial judge], testified that he placed the laptop on a separate table from the jurors, instructed them not to touch it, and played the recorded telephone calls for the jurors. [He] testified that although a `couple engineer[ ]’ jurors initially attempted to `access the computer,’ he instructed them not to. He stated that he did not open up a PowerPoint presentation on the laptop when it was in the jury room.

McCalvin testified that although he was not permitted to remain in the jury room during the deliberation period, he `checked in every ten or [fifteen] minutes with the jury to see if they needed anything’ while they listened to the recorded calls. [He] removed the laptop from the jury room at the conclusion of the recordings and noted at that time that `[t]o [his] knowledge’ he was `the only one that handled the’ laptop and `[n]othing ha[d] been touched’ on the laptop.

The trial court ordered the State to reconstruct the PowerPoint presentation because it no longer had the original presentation.

On appeal, Vanderschuit argued that the trial judge erred in denying his motions for a mistrial and a new trial “because the State’s laptop contained extrinsic evidence and was temporarily place in the unsupervised jury room.” State v. Vanderschuit, supra. As I’ve noted in earlier posts, it’s improper for jurors to consider “extrinsic evidence,” i.e., evidence that was not formally presented to them at trial as part of the prosecution’s or defense’s case.

The Court of Appeals then held that the trial judge did not err in denying Vanderschuit’s motions for a mistrial and a new trial:

The court instructed the jurors that closing arguments were not evidence. Even assuming the PowerPoint presentation was akin to extrinsic evidence, [Vanderschuit] failed to make any showing that the jury received and considered extrinsic evidence.

First, McCalvin testified that he instructed the jurors, in his professional capacity as a representative of the court, not to touch or manipulate the laptop that contained the recorded t calls and the State's PowerPoint presentation. He placed the laptop on a separate table from where the jurors were seated, frequently checked on the jurors while the recordings were played, and he believed the jurors followed his instructions.

Second, [Vanderschuit] did not request that the court recall the jurors back to the courthouse to ascertain whether they had viewed the PowerPoint presentation.

Maybe judges should have a court laptop to be used in situations like this . . . ?

I enjoy reading what you write and leave knowing more than when I came. That's something I cannot say about most of the stuff I read online.

So, thanks and please keep it up!

Wow! Thanks a lot for that very kind comment!

The result here is consistent with a Delaware case, Weber v. State, noted in a blog entry here (Oct. 30, 2009). A laptop provided by the court clerk or bailiff for the jury's use would certainly minimize some of the problems present in using the prosecutor's laptop. But in a metropolitan jurisdiction, there may not be enough computers for every courtroom. Who wants to tell Judge X that the jury deliberating in Judge Y's courtroom has the only available computer? Small jurisdictions, in the horribly tight budgetary conditions they face, might not be able to afford any such equipment. And of course, leaving the computer with the jury creates a risk of the jurors doing "independent" research, something the judge's assistant here seems to have prevented.