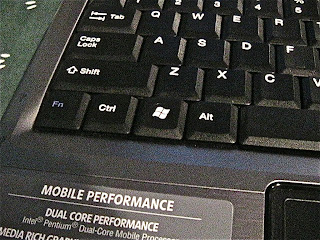 Oregon Revised Statutes § 164.095(1) defines the offense of “theft by receiving” as follows:

A person commits theft by receiving if the person receives, retains, conceals or disposes of property of another knowing or having good reason to know that the property was the subject of theft.

Oregon Revised Statutes § 164.095(3) defines “receiving” as “acquiring possession, control or title, or lending on the security of the property.”

This, according to the opinion, is how he came to be charged with that crime:

Clackamas County detective Kennell received a call from a woman, Jones, who had seen an advertisement on an internet classifieds site for a laptop computer that was for sale for $1,200. Jones called Kennell because she believed that the laptop might be one that she had recently reported stolen.

Another detective, Link, contacted the seller – [Harper] -- through the anonymous e-mail address attached to the ad. Link arranged to meet [Harper] that afternoon in the parking lot of a store in Portland.

When Link met [Harper] in the parking lot, Link turned on the laptop, and the name `Quinn Morgan Shields’ appeared. [Harper] initially told Link that he had owned the laptop for three or four months, but when Link told [him] he was a detective investigating whether the laptop had been stolen, [Harper] stated that `I just bought the computer from a guy a couple nights ago.’

The opinion says “Harper was convicted by the court,” so he presumably opted for a bench trial, rather than a jury trial. State v. Harper, supra.

This, according to the opinion, is a summary of the evidence presented (and not presented) at Harper’s trial:

At trial, the victim, Quinn Morgan Shields, did not testify. Instead, the court admitted, through Officer Mawdsley, Shields' report that his laptop had been stolen during a `car prowl.’ The state gave no explanation for why Shields was not available to testify. [Harper] objected to Mawdsley's testimony as hearsay, and he argued that its admission would violate his right to confront the witnesses against him under Article I, section 11 of the Oregon Constitution, and the Sixth Amendment to the United States Constitution.

The trial court overruled that objection and admitted Shields' report. Through Link's testimony, the state introduced a police dispatcher's statement that Shields had made a theft report that included a laptop serial number.

[Harper] objected to that testimony on the same grounds, and the trial court again overruled the objection and admitted the statement. Link also testified that, while he was with [Harper] in the parking lot, he had spoken with Shields about the laptop.

`[a]s to Count 1, I'm convinced beyond a reasonable doubt that [he] knew the property was stolen. And what convinces me of that is that no one in their right mind would shell out $400 in cash to a stranger in a bar for a lap top computer, not knowing if he's going to get it home and it's going to be broke . . . and he's never able to find this person again, doesn't even know his last name. I don't buy that. Nobody that I know would buy - - would give a stranger four or $500 for a lap top computer.’

`It just . . . it's also strange to me, the story that “I have $400 in my pocket, and I'm playing video poker, and the guy next to me has a lap top, and I'm going to give him $400 in cash that I have,” I just can't buy this story. I think the odds of that happening are a million to one. This evidence convinces me that [Harper] knew this lap top was stolen, and he obtained it knowing that, and tried to sell it.’

`So, there's no question in my mind that [Harper] knew this was stolen. I'm convinced beyond a reasonable doubt he knew it was stolen, and he tried to sell it knowing it was stolen.’

On appeal, Harper argued that the trial judge

The Court of Appeals agreed with Harper. State v. Harper, supra. After reviewing § 164.095(1)’s definition of the crime of theft by receiving, it explained that

`in a theft prosecution based upon a theory of illegally obtaining or receiving the property of another the state must prove that the property was, in fact, stolen.’ The trial court's focus in its oral findings was on [Harper’s] mental state, that is, the court found [his] explanation of how he acquired the laptop to be implausible.

Accordingly, the court found that [he] had `good reason to know’ that the laptop was stolen when he arranged to sell it to Kennell.

However, that is only one component of the act of theft by receiving: it remained incumbent on the state to prove that the laptop had, in fact, been the subject of theft. The only evidence concerning that element was Shields' statements, which, as the state properly concedes, were erroneously admitted.

Although probative of [Harper’s] belief that the laptop was stolen, the evidence of the circumstances of [his] acquisition of the laptop did not establish that it was, in fact, stolen. Thus, we cannot say that there is `little likelihood’ that the erroneous admission of Shields' statements affected the verdict or that their admission was harmless beyond a reasonable doubt.

Basically, to obtain a conviction on theft by receiving under the Oregon statute, the prosecution has to prove that the defendant (i) received/retained/concealed or disposed of property (ii) that was stolen and (iii) that he knew or had “good reason to know” was stolen. If the laptop wasn’t stolen, then Harper could not have committed this crime.

He could, though, have committed the crime of attempting to commit theft by receiving. As Wikipedia notes, an attempt charge is brought when a defendant has tried his very best to commit the “real” crime (what the law calls the substantive crime) but failed for circumstances beyond his control.

But as I’ve noted in other posts, criminal law has a residual option for pursuing him: charging with attempting to commit the “real” crime. Attempt charges are based on the premise that the defendant committed an inchoate, or incomplete crime. As I’ve noted, U.S. criminal law allows even a failed criminal to be prosecute – but only for attempt – on the premise that someone who tries to commit a crime has signaled that he has the potential to be “dangerous”, even though he didn’t succeed in realizing that potential in this particular instance.

Posted by Susan Brenner at 1:11 PM

What a dumb-ass trial judge. Guess he never heard of Crawford before - same for the DA. Thanks for wasting our tax dollars you jack asses!