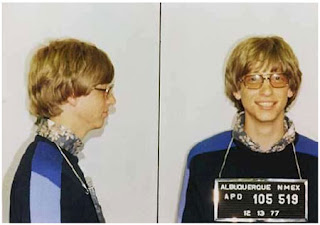 As Wikipedia explains, expungement is the process by which “a first time offender . . . seeks that the records of [a prior criminal conviction] be sealed, thereby making the records unavailable through the state or Federal repositories.” This post is about an Iowa case in which a man tried to have similar information removed from computer case records.

arrested and charged with operating while intoxicated, first offense, along with three accompanying traffic offenses. After J.W. prevailed on a motion to suppress evidence, the State moved to dismiss the four criminal charges. On July 20, the district court granted the motion and dismissed the charges with costs assessed to the State.

On November 18, J.W. filed a “motion to exclude and expunge any information pertaining to the four dismissed criminal charges pursuant to Iowa Code § 692.17,” which provides as follows:

1. Criminal history data in a computer data storage system shall not include arrest or disposition data or custody or adjudication data after the person has been acquitted or the charges dismissed. . . .

2. For the purposes of this section, `criminal history data’ includes the following:

a. In the case of an adult, information maintained by any criminal justice agency if the information otherwise meets the definition of criminal history data in section 692. 1, except that source documents shall be retained.

J.W. asked that the information be removed from “the Iowa Court Information System (ICIS), including the website Iowa Courts Online, and the computer data storage systems for the Linn County Sheriff, the Cedar Rapids Police, the Iowa Division of Criminal Investigation, and the Federal Bureau of Investigation.” Judicial Branch, supra.

On December 28, the district court granted his request to expunge the four dismissed criminal charges from the “computer data storage systems for the Department of Public Safety and its Division of Criminal Investigation, the Linn County Sheriff's Office, the Linn County Attorney's Office, and the Cedar Rapids Police Department” but denied it as to the FBI. Judicial Branch, supra. The court also found that the “`computer data storage systems’ for the state judicial branch included the electronic docket entries on ICIS and the website Iowa Courts Online and ordered information relating to the four dismissed criminal charges to be removed from those repositories.” Judicial Branch, supra.

On January 19, 2010, the Iowa Attorney General, “appearing on behalf of the Iowa Judicial Branch and the Iowa State Court Administrator,” filed a motion to vacate the order, for a new hearing and for a stay. Judicial Branch, supra. He argued that the “computerized information pertaining to J.W.'s charges kept by the state judicial branch consisted of court docket entries that met the definition of `public records’” under Iowa Code § 692.18(1). Judicial Branch, supra.

Section 692.18(1) states that “[n]othing in this chapter shall prohibit the public from examining and copying the public records of any public body or agency as authorized by chapter 22.” Judicial Branch, supra. The Attorney General also pointed out that § 22.7(9) “of chapter 22 further provides that `criminal history data shall be public records.’” Judicial Branch, supra.

J.W. opposed the Attorney General’s request, arguing that Iowa Code § 692.17 required removing the information from the state judiciary’s computer systems and/or that the “Equal Protection Clause of Article I § 6 of the Iowa Constitution compelled the same result.” Judicial Branch, supra. Article I § 6 of the Constitution says “[a]ll laws of a general nature shall have a uniform operation; the general assembly shall not grant to any citizen, or class of citizens, privileges or immunities, which, upon the same terms shall not equally belong to all citizens.”

The district court judge denied the Attorney General’s request and he took it to the state Supreme Court. Judicial Branch, supra.

The Supreme Court explained that from its initial enactment, the legislation noted above “has provided that criminal history data in a “computer data storage system will not include `[a]rrest or disposition data after the person has been acquitted or the charges dismissed.’ See 1973 Iowa Acts ch. 294, § 17.” Judicial Branch, supra. It also noted that it was “undisputed that information about J.W.'s court case has been removed from the IOWA system.” Judicial Branch, supra. The issue in the case, then was whether

information about J.W.'s case must also be removed from the computerized docket maintained by the Iowa Judicial Branch. A `docket’ is the official record of all the proceedings and filings in a court case. Black's Law Dictionary 517 (8th ed.2004). Dockets are created and maintained by each of the clerks of the district courts.

The court explained that as “an official record of judicial proceedings that clerks of court are required to keep by law, dockets are `public records’”. Judicial Branch, supra. It also noted, though, that while § 692.17(1) says “disposition or adjudication data” cannot be retained in a data storage system after someone has been acquitted or the charges have been dismissed, Iowa Code § 692.17(2) says “source documents” in such cases shall be retained when the former defendant is an adult. Judicial Branch, supra. AND § 692.18(1) “states that nothing in chapter 692 `shall prohibit the “`public from examining and copying the public records of any public body or agency as authorized by chapter 22.’” Judicial Branch, supra. The court therefore had to sort all this out in order to address the issues raised by J.W.’s expungement request.

The court then addressed J.W.’s equal protection argument under the Iowa Constitution. Judicial Branch, supra. J.W. argued that it was “it is unfair to treat recipients of a deferred judgment, whose criminal cases are not accessible to the public, more generously than individuals who were not convicted of a crime.” Judicial Branch, supra.

Section 907.3 of the Iowa Code lets a judge “defer judgment and . . . place the defendant on probation” subject to certain conditions, if it finds this warranted. Iowa Code § 907.4 says that the court clerk must enter “a permanent record of the deferred judgment” into the state’s “deferred judgment database”. Under § 907.4, the entry concerning the deferred judgment is a “confidential record exempted from public access” and can only be made available to judges, prosecutors, corrections officers and other officials involved in the criminal justice system.

So J.W. was arguing that he should at least be treated in the same way as someone who’s been convicted but had the conviction deferred and is placed on probation. Judicial Branch, supra.

He lost again. The Supreme Court found that, even if the law requiring public access to court records treated “similarly situated persons differently,” it wasn’t unconstitutional because it reflected a rational decision by the state legislature:

[It] could rationally determine that deferred judgments should not be accessible to the public but dismissals and acquittals should be. The legislature could rationally have concluded that denying public access to criminal proceedings that result in a deferred judgment serves the legitimate governmental purposes of promoting rehabilitation and incentivizing defendants to meet the terms of their accompanying probation. On the other hand, the legislature could have rationally concluded that denial of public access to dismissals and acquittals is not needed because the public can see for themselves that the charges were resolved in the defendant's favor.

The Supreme Court therefore sided with the Attorney General and held that the district court improperly ordered the information removed from the electronic court records. Judicial Branch, supra. In so doing, it noted that it was “mindful of J.W.’s concerns”, and included comments implying that perhaps the legislature should revisit these issues:

This case illustrates the impact of the internet on our daily affairs. Dockets always have been public records, but until the Iowa state court dockets became computerized and available on-line, it was not easy for the public to use them. Now, one can learn of any person's past involvement with Iowa's court system by making a few mouse clicks and a few strokes at a keyboard.