Restitution and the Art Professor’s Laptop 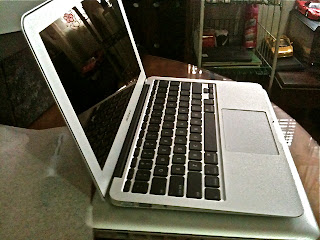 As I noted in an earlier post, unlike damages in civil cases, restitution “ordered by a court pursuant to statutes governing such orders is . . . considered to be a criminal penalty imposed as punishment for a crime and is part of the criminal sentence imposed by the sentencing court.” 24 Corpus Juris Secundum, Criminal Law § 2475. Since it is part of the punishment imposed on someone who’s been convicted of a crime, restitution “is statutorily limited to the `victim’ of the crime” of which that person was convicted. 24 Corpus Juris Secundum, Criminal Law § 2475.

As I’ve noted in earlier posts, defendants often argue that a restitution award is excessive, for various reasons . . . and that bring me to State v. Birkeland, __ P.3d __, 2011 WL 2714428 (Utah Court of Appeals 2011). As the opinion notes, the defendant, Michael J. Birkeland, appealed the trial court’s “order of restitution arising from [his] no contest plea to a single charge of theft” in violation of Utah law. State v. Birkeland, supra.

stole a laptop computer from a Utah Valley University (UVU) classroom. The computer belonged to UVU art professor Perry Stewart and contained numerous files relating to Stewart's employment. When authorities recovered the computer two days later, nearly all of its files had been deleted.

considerable efforts to recover the lost files. He first took the computer to Mac Docs, a service center, which succeeded in recovering some 27,000 files. However, the recovered files were no longer named or organized, and Stewart spent approximately 350 hours renaming and reorganizing the files. Additionally, over 100 PowerPoint presentations that Stewart used in his teaching were not recoverable, and he was forced to recreate them individually. Each presentation took at least six hours to recreate.

As noted above, Birkeland was “charged with theft of Stewart’s computer and pleaded no contest” to the charge. State v. Birkeland, supra. After Birkeland entered his plea, the trial judge held a restitution hearing, after which the parties were ordered to brief

their positions on the amount of restitution to be awarded. The State requested restitution of $80 to UVU for the recovery services performed by Mac Docs and $47,500 to Stewart. The proposed restitution to Stewart represented the 350 hours he had spent renaming and reorganizing the recovered files, as well as 600 hours spent recreating the unrecoverable PowerPoint presentations, all calculated at an hourly rate of $50 per hour. The State argued that the value of Stewart's labor was properly included in the restitution amount and that Stewart's losses were attributable to Birkeland's criminal activity, i.e., the theft of the computer.

State v. Birkeland, supra. (As I’ve noted in earlier posts, restitution is appropriate only when the prosecution shows that the defendant’s conduct was the “proximate cause” of the victim’s losses, the losses being the premise for awarding restitution.)

Birkeland “did not oppose the $80 in restitution for the Mac Docs recovery services, but did oppose any restitution award to Stewart.” State v. Birkeland, supra. In making this argument, Birkeland relied on the Utah statute that specifies the criteria for awarding restitution in a specific case. State v. Birkeland, supra. Section 77-38a-302(1) of the Utah Code says that when someone is “convicted of criminal activity that has resulted in pecuniary damages, in addition to any other sentence it may impose, the court shall order that the defendant make restitution to victims of crime.”

Birkeland argued that Stewart had not suffered any

pecuniary damages as required by [the] restitution statute because he was a salaried employee and was therefore already compensated for his time spent recreating the computer files. Birkeland further argued that any loss over $1000 could not be attributed to his criminal act of theft because he had not admitted to damaging the computer files and because he had only pleaded guilty to a charge of class A misdemeanor theft.

After hearing arguments on this issue, the trial judge held that restitution for Stewart’s

labor was proper, as the value of the labor constituted pecuniary damages Stewart could recover in a civil action. [She] also ruled that Birkeland's plea to a class A misdemeanor did not limit restitution to $1000. The court then calculated Stewart's restitution award based on the court's adjustments to [his] wage and hour claims.

The court determined that approximately 25% of the total hours claimed -- 238 out of 950 -- were extra hours beyond those which Stewart would ordinarily have spent on file maintenance as part of his salaried position. The court also determined that Stewart's hourly compensation rate was approximately $41 per hour rather than the $50 per hour claimed. Accordingly, the court calculated Stewart's losses . . . to be $9758 and awarded restitution to Stewart in that amount.

And as noted earlier, Birkeland appealed the restitution award. On appeal, he relied on the same arguments he made below: (i) Steward “suffered no pecuniary harm due to the loss of the files” and/or (ii) restitution was in appropriate “because he did not admit to, plead guilty to, or agree to liability for any act that resulted in the loss of the computer files.” State v. Birkeland, supra.

The Court of Appeals noted, first, that Birkeland was again claiming that Steward didn’t suffer “pecuniary damage” because his “status as a salaried employee rendered the time he spent renaming and creating the lost files noncompensable for restitution purposes”, as he was “already compensated for such work-related matters through his UVU salary.” State v. Birkeland, supra. The court began its analysis of this argument by noting that another Utah Statute defines “pecuniary damages,” for the purposes of restitution, as

all demonstrable economic injury, whether or not yet incurred, which a person could recover in a civil action arising out of the facts or events constituting the defendant's criminal activities and includes the fair market value of property taken, destroyed, broken, or otherwise harmed, and losses including lost earnings and medical expenses, but excludes punitive or exemplary damages. . . .

The Court of Appeals pointed out that other courts, in Utah and elsewhere, had held that the “value of labor necessitated by another's culpable conduct has been recognized as a form of economic injury that is amenable to inclusion in a restitution award.” State v. Birkeland, supra. It also pointed out that Birkeland was not arguing that the value of

Stewart's labor does not constitute a recoverable expense. Rather, he argues that Stewart did not suffer any loss because he was already compensated for his time through his UVU salary. However, the district court expressly adjusted Stewart's claims so as to limit restitution to hours that Stewart was forced to spend above and beyond those which would ordinarily have been expected of him as a salaried employee.

`Utah has adopted a modified but for test to determine whether pecuniary damages actually arise out of criminal activities, [requiring] that (1) the damages would not have occurred but for the conduct underlying the . . . conviction and (2) the causal nexus between the [criminal] conduct and the loss . . . is not too attenuated (either factually or temporally).’

theft of the computer, the files would not have been lost. The more difficult question is whether the causal connection between [his] admitted criminal activity and the pecuniary loss caused by the deletion of the files is so attenuated that it will not support an award of restitution. The files were intact when the computer was taken by Birkeland and were missing two days later when it was recovered from his possession.

Why didn't the attorney argue that he was only charged with a crime that involved the loss of $1000 or less in value? If the stuff on the computer was more valuable then $1,000 then they should have charged him with a higher grade fo theft.

The defendant should file a writ of HC allegeding ineffective assistance of counsel. Because his attny advised him to plead guilty to a Class A theft, the defendant only thought he would be exposed to punishment within the Class A theft range.

The files in that laptop are like the contents of a suitcase.

"...but for Birkeland’s theft of the computer, the files would not have been lost."

All hard drives fail, eventually. The professor would have lost his files then, since he did not have the sense to back them up. Laptops are particularly vulnerable to hard disk failure. Even if the hard disk doesn't fail, software issues can destroy its contents.