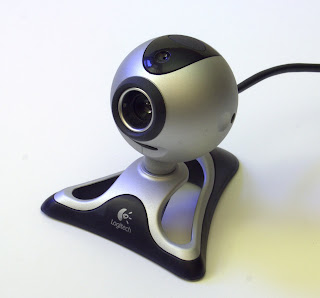 He appealed, claiming the trial judge erred in denying a motion for discovery he filed while preparing for trial. State v. Mauchenheimer, supra.

As Wikipedia notes, “In U.S. law, discovery is the pre-trial phase” in a civil or criminal case “in which each party . . . can obtain evidence from the opposing party by means of discovery devices”. The Wikipedia entry is concerned with discovery in civil cases, but discovery also occurs in criminal cases, as this site explains.

Detective Andy Anderson of the Boone County Sheriff's Department was coordinator of the Mid–Missouri Internet Crimes Task Force, a collaborative effort . . . to investigate internet crimes, particularly against children and families. . . . [O]n October 8, 2008, Anderson was in a Yahoo chat room, using Yahoo Instant Messenger, posing as a fourteen-year-old female from Columbia, Missouri, with the screen name `sadmogirl,’ when he received the first private instant message from Daniel Mauchenheimer, who used the screen name `abcglen’ and whose profile described him as a thirty-eight-year-old male in St. Louis.

In the first chat, `sadmogirl’ established that she was fourteen years old, and Mauchenheimer made sexually suggestive comments. In subsequent chat sessions between Mauchenheimer and `sadmogirl,’ [he] described himself as sitting naked at the computer and often asked if `sadmogirl’ wanted to see him naked.

Anderson subpoenaed subscriber records from Yahoo! and determined that

`abcglen’ was Mauchenheimer, obtained a copy of Mauchenheimer's driver's license containing the same address listed in Yahoo's records, and concluded that the driver's license picture matched the person he had seen on the webcam when chatting as `sadmogirl.’ St. Louis County Police arrested Mauchenheimer and seized his computer and webcam, a forensic examination of which revealed that Yahoo Messenger was installed and contained a profile called `abcglen.’

The computer also showed references to `sadmogirl,’ but the chat conversations could not be found because the computer had been set to delete them every time the Instant Messenger program was closed. The pictures sent by `sadmogirl’ to Mauchenheimer were found on the computer.

On February 9, 2009, Mauchenheimer was “charged by information with attempted sexual misconduct involving a child by indecent exposure in violation of [Missouri Statutes] § 566.083.” State v. Mauchenheimer, supra. On March 25, 2010, he filed

a Motion for Discovery seeking access to the hard drive of the computer used by Anderson in his undercover investigation that led to Mauchenheimer's criminal charge. The motion alleged that copies of the chat transcripts taken from Anderson's computer and provided to the defense did not include the complete transcripts of the internet conversations that took place between Mauchenheimer and `sadmogirl.’

The defense sought an order allowing the defense to conduct a forensic examination of the hard drive of Anderson's computer or for the court to appoint a special master to conduct such an examination.

On March 29, 2010, the trial judge held a pretrial hearing on Mauchenheimer’s motion:

Anderson testified he did not alter any information in the chats before turning them over to the defense and did not have the capability to do so. The defense did not present contrary expert testimony to contradict [his] claim. The State argued that the hard drive contained sensitive information not pertaining to the case, including pending investigations, investigations of persons who ended up being innocent of any crimes, and undercover profiles being used in pending investigations.

On appeal, Mauchenheimer first argued that the Court of Appeals should review de novo whether the denial of his discovery motion violated his due process rights under Brady v. Maryland, 373 U.S. 83 (1963). State v. Mauchenheimer, supra. He argued that “he was entitled to access” to exculpatory evidence “in the State's possession, particularly conversations on the hard drive that were not included in the transcripts provided by the State, that would support his defense that he did not believe `sadmogirl’ was a fourteen-year-old girl at the time he exposed himself via the web-cam transmission.” State v. Mauchenheimer, supra.

As I’ve noted in earlier posts, the Brady Court held that the prosecution’s withholding exculpatory evidence “violates due process where the evidence is material to guilt or to punishment”. Mauchenheimer lost on his Brady argument: The Court of Appeals found that Brady does not govern our review because it only applies `where the defense discovers information after trial that had been known to the prosecution at trial.’” State v. Mauchenheimer, supra (quoting State v. Holden, 278 S.W.3d 674 (Missouri Supreme Court 2009)).

The court explained that Mauchenheimer

The Court of Appeals therefore addressed Mauchenheimer’s claim that the denial of his motion for discovery violated Missouri Rule of Criminal Procedure 25.04, which lists “material and information” which the prosecution must disclose to the defense “upon written request of defendant’s counsel”. The court noted that a defendant (i) is entitled “to evidence in the State's possession that is: (1) favorable to the defendant; and (2) material to either guilt or punishment” but (ii) is “`not entitled to information on the mere possibility that it might be helpful, but must make some plausible showing how the information would have been material and favorable.’” State v. Mauchenheimer, supra (quoting State v. Middlemist, 319 S.W.3d 531 (Missouri Court of Appeals 2010)).

The court began its analysis of this argument by noting that Mauchenheimer’s argument was flawed for “a number of reasons,” not the

least of which is that he has not shown the State possessed the information he sought or that the defense did not already have access to [it]. At the pretrial hearing . . . Anderson testified . . . that the internet chat program he used, Yahoo Instant Messenger, created a saved digital file of each conversation to his computer's hard drive. When conducting an investigation using the chat program, Anderson set the archive feature to `record and maintain permanently.’

He testified that . . . all of the chats he had with Mauchenheimer were archived, were all turned over to the State for discovery production to the defense, and he did not edit or change the information contained in any of the chat files. He further testified that if any of these Yahoo proprietary files of internet conversations were examined using forensic examination software, the examination would reveal whether a particular chat had been edited.

The Court of Appeals found that the trial judge was “free to believe” Anderson’s testimony and “in so doing, . . . to believe the State did not possess any further evidence that had not already been produced to Mauchenheimer.” State v. Mauchenheimer, supra. The court also noted that (i) the defense “produced no expert testimony” to contradict what Anderson said about forensic evaluation techniques, (ii) the prosecution gave the defense “proprietary files of the requested Internet chat conversations . . . as well as a compact disc” containing them and (iii) “offered to turn over a forensic image of Mauchenheimer’s hard drive for examination.” State v. Mauchenheimer, supra.

The Court of Appeals therefore affirmed his conviction, and his sentence of “four years imprisonment in the Department of Corrections.” State v. Mauchenheimer, supra.