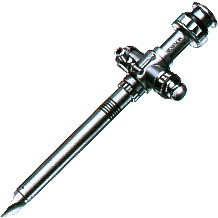 This, according to the opinion, is how the University came to discipline Tatro:

Amanda Tatro is a student in the mortuary-science program at [the] University of Minnesota. The program prepares students to become funeral directors or morticians, and includes laboratory courses in anatomy, embalming, and restorative art. The laboratory courses utilize cadavers donated through the university's anatomy-bequest program. Before taking the laboratory courses, Tatro participated in an orientation program that addressed appropriate conduct with respect to anatomy-bequest-program donors. She signed a disclosure form indicating that she understood and agreed to abide by the program rules.

During November and early December 2009, Tatro posted the following on her Facebook page:

Amanda Beth Tatro `Gets to play, I mean dissect, Bernie[ FN2] today. Lets see if I can have a lab void of reprimanding and having my scalpel taken away. Perhaps if I just hide it in my sleeve. . . .’

FN2. `Bernie’ was the name Tatro gave to the cadaver/donor she was assigned to work on, and is derived from the film Weekend at Bernie's.

Amanda Beth Tatro `Is looking forward to Monday's embalming therapy as well as a rumored opportunity to aspirate. Give me room, lots of aggression to be taken out with a trocar. [FN3]’

FN3.A trocar is an instrument used during embalming that has a long hollow needle with a sharp end, used to aspirate fluids and gases out of the body.

Amanda Beth Tatro `Who knew embalming lab was so cathartic! I still want to stab a certain someone in the throat with a trocar though.[FN4] Hmm . . . perhaps I will spend the evening updating my “Death List # 5” and making friends with the crematory guy. I do know the code. . . .’

FN4. Tatro testified at the Campus Committee on Student Behavior hearing that she was referring to a man who had just broken up with her. She indicated that they talked on Facebook and she `knew he was going to see it’ and would know `it was about him.’

Amanda Beth Tatro `Realized with great sadness that my best friend, Bernie, will no longer be with me as of Friday next week. I wish to accompany him to the retort. Now where will I go or who will I hang with when I need to gather my sanity? Bye, bye Bernie. Lock of hair in my pocket.’


Tatro's Facebook settings allowed her `friends’ and `friends of friends to view these postings; Tatro acknowledges that this group includes hundreds of people.

On December 29, “the university's office for student conduct and academic integrity submitted a formal complaint against Tatro, alleging violations of the university's student-conduct code.” Tatro v. University of Minnesota, supra. The complaint alleged that she “engaged in threatening, harassing or assaultive conduct” in violation of the code and that she engaged in “in conduct contrary to university rules related to the mortuary-science program, anatomy-laboratory course rules, and the rules listed on the anatomy-bequest-program disclosure form.” Tatro v. University of Minnesota, supra.

On March 25, 2010, a panel of the “campus committee on student behavior” held a hearing on the allegations in the complaint and heard evidence from various witnesses, including Tatro. Tatro v. University of Minnesota, supra. On April 2d, the panel issued a decision finding

Tatro responsible for the violations and imposing several sanctions, including giving [her] a failing grade in her anatomy-laboratory class and requiring her to enroll in a clinical ethics course; write a letter to mortuary-science department faculty addressing the issue of respect within the department and profession; and complete a psychiatric evaluation. The [panel] also placed Tatro on academic probation for the remainder of her undergraduate career.

I’m not going to spend time analyzing the court’s review of the evidence regarding the violation(s) of university rules because that goes solely to matters specific to this academic context (and maybe to this university). Suffice it to say that the Court of Appeals found, first, that the evidence in the record supported the panel’s finding that Tatro violated rules requiring that cadavers be treated “with the greatest respect” and that discussion of cadaver dissection “outside the laboratory should be respectful and discreet.” Tatro v. University of Minnesota, supra.

The court also rejected Tatro’s argument that her Facebook posts did not constitute threatening conduct because “the entries, `when read in context, were obviously literary expression, intended to be satirical, vent emotion, and incorporate popular culture references.’” Tatro v. University of Minnesota, supra. The Court of Appeals found that

[s]everal faculty members expressed personal concerns about whether the posts were directed toward them, especially Tatro's statement about wanting `to stab a certain someone in the throat with a trocar.’ Lubrant testified that he believed Tatro was referring to him because of a recent conflict they had over her use of a faculty parking space. LaCourt, the professor of the laboratory class where trocars are used, was `visibly shaking’ and `very upset’ when she saw the posts. . . .

Tatro's assertion that her Facebook friends understood the cultural references and her `satirical’ sense of humor is contradicted by the testimony of another mortuary-science-program student, who described the concern other students expressed about the posts. Thus, while Tatro's arguments . . . may provide a context and explanation for the posts, they do not change the fact that the posts were reasonably viewed as threatening.

The posts were not private statements; they were visible to hundreds of Facebook users, including students in the mortuary-science program. The context was not readily apparent, even to those who regularly associated with Tatro at the university . . . . [W]e conclude that the evidence supports the university's determination that Tatro's posts constituted threatening conduct. . . .

(The Court of Appeals found the panel erred in finding that she violated a mortuary-science-student-conduct provision which requires that “deceased persons be treated with proper care and respect . . . during the . . . transportation of the remains.” Tatro v. University of Minnesota, supra. It explained that nothing in the record established that Tatro failed to treat a decedent with care and respect during transport. Tatro v. University of Minnesota, supra.)

Finally, Tatro argued that the discipline violated her rights under the First Amendment because “her Facebook posts were constitutionally protected `literary expressions,’ immune from discipline by the university.” Tatro v. University of Minnesota, supra. She specifically argued that a university can only discipline

student speech that constitutes a `true threat’ and that her Facebook posts cannot reasonably be construed as true threats. Under the true-threat standard, `statements where the speaker means to communicate a serious expression of an intent to commit an act of unlawful violence to a particular individual or group of individuals’ are not protected by the First Amendment. Virginia v. Black, 538 U.S. 343 (2003).

The Court of Appeals rejected Tatro’s First Amendment argument for two reasons: The first is that “this is not a criminal case” and the true threat doctrine typically applies when someone is being prosecuted for speech that is alleged to be threatening. Tatro v. University of Minnesota, supra. The court explained that this was a student discipline case and pointed out that in a “;ong line of cases, beginning with” Tinker v. Des Moines Independent Community School District, 393 U.S. 503 (19969), “the Supreme Court has held that schools may limit or discipline student expression if school officials reasonably conclude that it will ‘materially and substantially disrupt the work and discipline of the school.’” Tatro v. University of Minnesota, supra (quoting Morse v. Frederick, 551 U.S. 393 (2007)).

The Court of Appeals noted courts have held that “student expression need not reach the true-threat threshold before a public school may take appropriate disciplinary action in the interest of protecting the work and safety of its community.” Tatro v. University of Minnesota, supra. It also rejected Tatro’s argument that the Tinker “substantial-disruption analysis does not apply in a university setting” and proceeded to analyze her posts under that standard. Tatro v. University of Minnesota, supra.

The court explained that the outcome of Tatro’s First Amendment argument depended on whether the evidence in the record showed that her posts “materially and substantially” disrupted “the work and discipline of the university.” Tatro v. University of Minnesota, supra. It found that they did:

[F]aculty and students expressed concern that Tatro's post discussing a `Death List’ and wanting to `stab’ someone constituted real threats of physical violence. . . . A school need not wait for actual violence to occur before taking appropriate steps to ensure the safety of its community.

Beyond the university's concern for the safety of its students and faculty, Tatro's posts presented substantial concerns about the integrity of the anatomy-bequest program. Tatro's posts eventually reached families of anatomy-bequest-program donors and funeral directors, causing them to contact the university, expressing dismay and concern about Tatro's conduct and to question the professionalism of the program in general -- a program that relies heavily on the faith and confidence of donors and their families to provide necessary laboratory experiences for medical and mortuary-science students. . . .

Because [her] Facebook posts materially and substantially disrupted the work and discipline of the university, we conclude that the university did not violate Tatro's First Amendment rights by responding with appropriate disciplinary sanctions.

If you’d like to see a video about the case, which includes an interview with Tatro and others involved, you can find it here.