Obstruction of Justice and the Destroyed Hard Drive 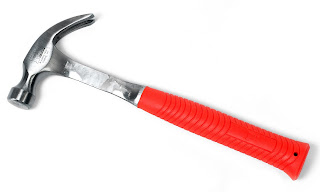 As Wikipedia explains, in the United States, obstruction of justice “refers to the crime of interfering with the work of police, investigators . . . prosecutors or other . . . officials.”

This post examines a recent decision from the U.S. Court of Appeals for the 4th Circuit that involved an obstruction of justice charge brought under 18 U.S. Code § 1519, which provides as follows:

Whoever knowingly alters, destroys, mutilates . . . or makes a false entry in any record, document, or tangible object with the intent to . . . obstruct . . . the investigation or proper administration of any matter within the jurisdiction of any department or agency of the United States . . . shall be fined under this title, imprisoned not more than 20 years, or both.

After they chatted a bit, Holman asked if the agents could “look at his computer to determine whether [he] was telling the truth and nothing illegal was there,” but Hicks said “he had pulled the hard drive out of the computer and destroyed it the night before.” Brief of the United States, supra. One of the agents went with Hicks to his bedroom, where his computer was located, and “saw that the hard drive was missing from the computer.” Brief of the United States, supra.

Hicks told the agents that in his efforts to

destroy the hard drive the previous night, he had taken a magnet to it and smashed it into pieces with a hammer, and then driven along a highway scattering those pieces. Holman asked him why he had gone to such lengths to destroy the hard drive, and [Hicks said] he had been able to see the words “child pornography” on her business card, even though the inspector had tried to mark that out. When [she] asked [him] if this meant he knew why the agents had wanted to talk to him, he said he `didn't want to get into trouble just in case’ and `didn't want to take any chances.’

Hicks was subsequently charged with obstruction of justice in violation of 18 U.S. Code § 1519, based on his destruction of he hard drive. U.S. v. Hicks, supra. He went to trial, was convicted by a jury and, as I noted earlier, appealed the conviction. Brief of the United States, supra. On appeal, Hicks claimed the prosecution violated his rights under the 4th and 5th Amendments. Brief of the United States, supra.

We’ll start with the 5th Amendment argument, because that’s the one the Court of Appeals began with. Here, essentially, is that argument:

As you may know, the 5th Amendment provides, in part, that “[n]o person shall be . . . deprived of . . . property, without due process of law”. The 4th Circuit began its analysis of Hicks’ first argument by noting that in order to establish that his due process rights were violated,

Hicks must show that (1) he had a property interest, (2) of which the Government deprived him, (3) without due process of law. . . . Procedural due process requires, at a minimum, fair notice and an opportunity to be heard. . . [T]o determine whether an individual has received fair notice, we `must examine the relevant facts of each case.’ U.S. v. Hoechst Celanese Corp., 128 F.3d 216 (4th Cir. 1997). Beyond the minimum requirements of notice and an opportunity to be heard, due process is `flexible and calls for such procedural protections as the particular situation demands.’ Morrissey v. Brewer, 408 U.S. 471 (1972).

The court found that Hicks’ 5th Amendment right to due process had not been violated:

Regardless of whether Hicks had a property interest in the destruction of his hard drive, . . . he received sufficient process prior to any deprivation. The statute provided adequate notice that destroying the images on his hard drive was prohibited in light of the federal investigation. Further, Hicks received an indictment and summons and was given the opportunity to be heard at trial. Hicks does not argue that his trial did not comport with the requirements of due process.

Hicks also argued that his conviction violated the 4th Amendment’s “prohibition on unreasonable searches and seizures.” U.S. v. Hicks, supra. According to the 4th Circuit, Hicks “argue[d] that his computer was effectively seized because he was not at liberty to destroy it, and, because the agents did not acquire a warrant, they violated his Fourth Amendment rights.” U.S. v. Hicks, supra. This is how that argument was structured in Hicks’ brief on appeal:

Under the Fourth Amendment, Hicks had the right to be secure in his decision to dispose of his personal computer's hard drive, absent a seizure, a warrant, or at the very least, notice from the government that his hard drive was the subject of an investigation. . . .

The 4th Circuit didn’t buy this argument, either:

The 4th Amendment protects individuals from unreasonable searches and seizures of their persons, houses, papers and effects. . . . The seizure of personal property occurs when `there is some meaningful interference with an individual's possessory interests in that property.’ Altman v. City of High Point, 330 F.3d 194 (4th Cir. 2003).

We hold there was no meaningful interference with Hicks's possessory interests because he did not have a property right in the images of child pornography. Therefore, the district court did not err in convicting Hicks under § 1519.

U.S. v. Hicks, supra. (If you want to read more about what a seizure, and a “meaningful interference” with someone’s property entails, check out this prior post.)

I’m not sure what I think of the 4th Circuit’s ruling on this issue. . It’s based on the premises (i) that contraband is an item the possession of which is a crime and (ii) that Hicks possessed child pornography, which is contraband. (As to the first premise, see U.S. v. Hines, 449 F.3d 808 (U.S. Court of Appeals for the 7th Circuit 2006).

Having said that, I’m not saying I buy Hicks’ argument that the government “seized” his hard drive by investigating him for possession of child pornography. . . .

I think Hicks is basically correct about there being a seizure, though it's a strange one. Once you know you're under investigation, 1519 interferes with your rights to modify or destroy any property you believe is relevant to the investigation. There is interference, though minor. But the line that the government "cannot claim an interest in an individual's personal property without first obtaining a warrant" just isn't true. The risk of destruction of evidence justifies warrantless searches and seizures in more than a few scenarios.

The court said he " did not have property rights to child pornography" is the court assuming there is contraband, effectly stating he is guilty? If the police wanted the harddrive, they should have seized it at the beginning with a warrent, or under the assumption it was going to be destroyed. My two cents as a non-lawyer

It does all seem to hinge on the assumption that there was child pornography on that hard drive. Hicks was well aware of how to really destroy the contents of a hard drive, but his actions could be explained by paranoia, and the use of a credit card on the internet doesn't identify the user of that credit card.

Not to mention - what's the time limit? Essentially, as this decision stands, if the police speak to you about some crime they are investigating, does that mean you can't use, reformat, sell or destroy any of your computers while they wait to get a warrant?
What if they ask some questions, then wait two years to get a warrant? What if they never come back?
This decision puts anybody under investigation in a position of not being able to use their own property or face a destruction of evidence charge. Jeez - I can't help but think that cases like this wouldn't happen if it weren't in the name of protecting children.

How would this decision effect normal data retention & destruction policies?

I think that the analysis of the court is disingenuous. It seems to say, on one hand, that the State had expressed sufficient interest in his hard drive that he couldn't do with it as he wished, despite never having spoken with Hicks prior to the hard drive's destruction, but that this interest did not interfere with his property rights under the 4th amendment.

I also agree that the Court seems to be asserting as fact that there was child pornography on the computer which, based on my reading of the post, was not a fact proven at trial. Since their assertion underlies the 4th Amendment analysis, this decision seems that it would likely be/have been open to reversal on subsequent appeal, as the decision was based on facts not in evidence.

I'm not saying Hicks was innocent, but the rationale of the court seems highly suspect for both of the above reasons. This is a case of the court making up its mind and then coming up with an ex post facto legal rationale to justify its conclusion.