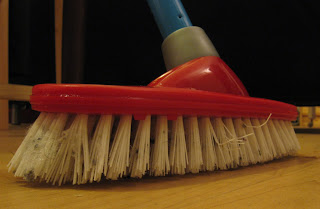 As I’ve noted in earlier posts, 18 U.S. Code § 1030 (aka the Computer Fraud and Abuse Act) is the general federal computer crime statute.

As I’ve also noted, 18 U.S. Code § 1030 also creates a civil cause of action that lets those who have been the victims of one or more of the crimes it establishes bring a civil suit seeking damages for the harm caused by those offenses. The civil cause of action is defined by 18 U.S. Code § 1030(g). This post examines an opinion a federal district court judge recently issued in such a suit: SBM Site Services, LLC v. Garrett, 2012 WL 628619 (U.S. District Court for the District of Colorado 2012).

As to the factual basis for this suit, the opinion explains that SBM provides facilities

For nearly fifteen years, Garrett was employed by SBM. . . . Garrett was the Senior Vice President -- Chief Business Development Officer and one of only five employees that reported directly to SBM's Chief Operating Officer. . . . SBM provided Garrett with access to the Knowledge Portal for purposes of performing . . . his job. . . . .

Garrett had multiple conversations with high-ranking officers at Able. . . . [and] after one of these meetings, . . . asked, his administrative assistant, to access the Knowledge Portal and download all available files under each category. . . .Garrett later asked [her] to mail him a CD with all of these documents on it. . . .

On January 3, 2010, Garrett met with representatives from Able. . . In follow-up correspondence . . ., Able informed Garrett he would be heading up a new division—Able Building Maintenance. . . . The following day, Garrett informally informed SBM that he was resigning effective January 22. . . .

SBM informed Garrett that, upon his departure . . . he would be required to return all SBM property, including equipment, records, and confidential and/or trade secret information in any form or medium. . . . Garrett confirmed that he would return the property. . . .

On January 11, Able made a written offer of employment to Garrett. . . . [who] directed [his assistant] to contact members of the sales team and have them provide their most current customer contact information sheet. . . . Upon receipt of this information, Garrett e-mailed it to his personal e-mail account. . . . Between January 10 and January 22, [he] sent leads and other confidential information of SBM to executives at Able. . . .

Garrett met with SBM’s director of human resources on January 26, but “failed to return” any of SBM’s computers or the disk with the data downloaded from the Knowledge Portal. SBM Site Services, LLC v. Garrett, supra. SBM scheduled a “follow-up meeting for January 29 . . . to collect these items”, but Garrett canceled the meeting and told SBM the equipment had been shipped. SBM Site Services, LLC v. Garrett, supra.

As noted above, Garrett and Able move to dismiss SBM’s § 1030(g) cause of action. As I’ve noted before, in order to state such a cause of action, the plaintiff must allege that it has been damaged by the defendants’ committing one of the offenses defined by 18 U.S. Code § 1030(a).

In his opinion ruling on the motion to dismiss, the federal judge said the “pertinent” provision of 18 U.S. Code § 1030(a)(5)(C), which makes it a crime to intentionally access a protected computer without authorization and, as a result, cause damage and loss to the owner of the computer. SBM Site Services, LLC v. Garrett, supra. As I’ve noted, § 1030 defines “protected computer” broadly, so that it basically encompasses any computer used in interstate commerce and, I’m sure, encompasses the computer at issue here.

The judge then noted that for SBM to state a viable cause of action under this sub-section of § 1030, it had to allege that Garrett accessed the SBM-owned laptop without being authorized to do so. SBM Site Services, LLC v. Garrett, supra. In their motion to dismiss the defendants argued that “because Garrett was authorized to access the laptop while he was employed by [SBM], he cannot have accessed [it] without authorization.” SBM Site Services, LLC v. Garrett, supra.

The judge ultimately decided he did not need to adopt either view because both were “immaterial to this case”:

SBM informed Garrett that he was required to return all property that he had been given, including his equipment, at the time he ended his employment. . . . Thus, SBM explicitly revoked Garrett's access to the laptop as of his last day as an employee.

Garrett failed to return much of his equipment, including a laptop, on his last day and canceled a follow-up meeting SBM had scheduled to collect this equipment. . . .

Garrett retained the laptop for approximately three weeks after he terminated his employment with [SBM]. . . . When he returned the laptop . . ., it had been `intentionally erased.’ . . .

The Court finds it is reasonable to infer that Garrett accessed the laptop after his last day of employment with SBM or, stated differently, it is unreasonable to infer that Garrett retained the SBM laptop for about three weeks after his employment with SBM had terminated only to refrain from accessing said laptop during this prolonged period of time. As a consequence, the Court holds that SBM has stated a claim for violation of [18 U.S. Code § 1030].

The judge then elaborated a bit on his holding:

The cases cited by Defendants for the proposition that Garrett's access to the laptop was not `unauthorized’ are easily distinguishable because they involve the use (or alleged misuse) of company-provided equipment during the duration of the defendant's employment. . . .

There can be no question that . . . Garrett's access to the laptop became unauthorized when his employment ended and SBM requested return of the laptop.

The judge also found that SBM had stated a § 1030 cause of action against Able:

He therefore denied the defendants’ motion to dismiss the § 1030 claim. SBM Site Services, LLC v. Garrett, supra. That doesn’t mean SBM will win on the claim. As I noted earlier, the judge was only ruling on whether the facts alleged in SBM’s Complaint, if proven by a preponderance of the evidence, suffice to allege the § 1030 cause of action.

After he copied the stuff, why didn't he return it all to them prior to his leaving? He had weeks to make all the copies he needed. What a dummy.