Probable Cause and the Dynamic IP Address 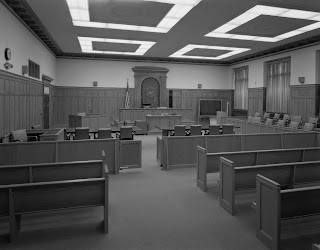 After pleading guilty to “seventeen counts of transportation, distribution, and possession of child pornography” in violation of federal law, T. Patrick Kearney appealed, arguing in part that the search warrant issued for his home was not based on probable cause. U.S. v. Kearney, __ F.3d __, 2012 WL 639168 (U.S. Court of Appeals for the 1st Circuit 2012).

In May 2008, Nathan Kesterson, an . . . investigator of the Lexington, Virginia, police department, began communications over the internet with an individual while posing as a fourteen-year-old female named `Julie.’ The . . . communications occurred [on] chat-avenue.com, styled as a teen-only chat room. Kesterson communicated with a person who was identified . . . by the screen name `padraigh8,’ who claimed to be a twenty-eight-year-old male from Massachusetts.

These communications continued . . . through May and June, and padraigh8 utilized Yahoo! messenger on some . . . occasions. During several of the conversations, padraigh8 sent `Julie’ child pornography. . . . Kesterson was able to identify padraigh8's MySpace page and ID number, because the MySpace page bore the same name as the Yahoo! account: `padraigh8.’

Weidlich cross-referenced the information Charter provided against the state Registry of Motor Vehicles database, and confirmed that the address Charter provided was accurate. U.S. v. Kearney, supra. She then prepared an application for a search warrant and an affidavit stating the facts establishing probable cause for the warrant, which was issued on July 7, 2008. U.S. v. Kearney, supra. (You can find a sample application and affidavit in support of the issuance of a search warrant here.)

He pled not guilty and filed a motion to suppress, arguing that “the affidavit submitted in support of the search warrant application did not demonstrate . . . probable cause” to believe evidence of crime would be found in his home. U.S. v. Kearney, supra. After the district court judge denied the motion, Kearney “conditionally pled guilty” to all the counts charged against him but reserved his right to appeal the denial of his motion to suppress. U.S. v. Kearney, supra.

The Court of Appeals began its analysis of Kearney’s challenge to the search warrant by noting that it raised an “important issue” the court had “not addressed before.” U.S. v. Kearney, supra. In his appeal, Kearney argued that the search warrant affidavit did not

tie his ownership of the IP address on May 20-22, 2008, to any unlawful conduct, and that because his IP address was `dynamic’ in nature, the fact he owned or possessed it on those three days says nothing about whether he possessed the address before or after that period. According to the affidavit of Kearney's computer forensics expert, a `dynamic’ IP address is an IP address that an internet service provider (ISP) may change after a certain number of hours, days or weeks logged onto the system.

Kearney's expert also stated that the frequency with which an ISP changes a user's dynamic IP address is determined by the ISP; some change addresses frequently, while others may not change addresses for months or even years. The user's conduct may also impact whether a dynamic address is changed: some ISPs do not change dynamic IP addresses unless a user disconnects his or her router or modem.

In a footnote, the court explains that the evidence provided by Kearney that his

particular reading of the affidavit and the nature of dynamic IP addresses. He contends that the affidavit fails to establish that IP address 68.116.165.4 accessed the Yahoo! or MySpace accounts during the May 20–22, 2008, period.

Kearney argues that the use of the word `between’ fails to establish that the MySpace and Yahoo accounts were accessed on May 22 and May 21, respectively, because the use of `between’ in connection with dates simply indicates that the event took place at some point between the specified start and end date, rather than on the specified start or end date. Kearney then argues that because he possessed a dynamic IP address, his possession of IP address 68.116.165.4 between May 20 and 22 says nothing about whether he possessed it on any other date, because dynamic IP addresses are frequently re-assigned to different users.

Like the district court judge, the Court of Appeals rejected this argument:

[T]he affidavit . . . establishes that IP address 68.116.165.4 accessed the MySpace and Yahoo! accounts on May 22 and 21, respectively. . . . [A] common-sense understanding of how the word `between’ is used is that the end dates specified were the last date of access. As a matter of common usage, the two dates on either side of `between’ in this context are typically used to specify the first and the last occurrence of the relevant event or activity.

Moreover, the variance in the end dates for the two subpoenas supports this reading. It is reasonable to understand the `between 8/23/07 and 5/22/08’ description of the MySpace log records and the `between 4/7/08 and 5/21/08’ description of the Yahoo! log records as being written in this manner because the last date specified was, in fact, the last date IP address 68.116.165.4 accessed the account.

Kearney argued that the last date “simply reflected the date the subpoena was sent, May 22”, but the court found that this argument did not “explain why the Yahoo! end date was given as May 21, as both subpoenas were issued on May 22.” U.S. v. Kearney, supra.

The court explained that the fact that the affidavit established that the Yahoo! account

The court also found that the existence of probable cause was supported by the “sheer number of times the Yahoo! account was accessed from IP address 68.116.165.4 during the April 7, 2008, to May 21, 2008, period -- 288 times.” U.S. v. Kearney, supra. It pointed out that, as noted above, Kearney’s expert testified at the suppression hearing that ISPs “sometimes keep dynamic IP addresses the same for months, or even years.” U.S. v. Kearney, supra. The Court of Appeals found that the “high number of accesses of the Yahoo! account from the same IP address over a relatively short period of time shortly before the May 20 to 22 period when it was clear that Kearney possessed the IP address supports a finding of probable cause here.” U.S. v. Kearney, supra.

It therefore held that, while “the affidavit could have been drafted to make it indisputably clear that Kearney accessed the accounts on May 21 and 22” that did not mean “there was a failure to establish probable cause.” U.S. v. Kearney, supra. The issue was “whether, `given all the circumstances set forth in the affidavit . . . , there [was] a fair probability that contraband or evidence of a crime [would] be found’ in Kearney's residence.” U.S. v. Kearney, supra (quoting Illinois v. Gates, 462 U.S. 213 (1983)).

The Court of Appeals held that this “standard was satisfied”, which meant the district court judge did not err in denying Kearney’s motion to suppress. U.S. v. Kearney, supra.

Posted by Susan Brenner at 5:48 AM