Wife’s Ability to Consent to Search of Husband’s Laptop 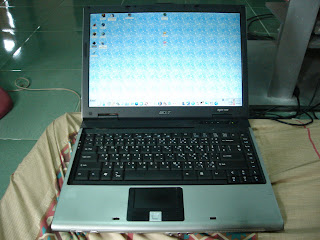 As I’ve explained in earlier posts, and as Wikipedia notes, consent is an exception to the 4th Amendment’s default requirement that law enforcement officers obtain a search (and seizure) warrant before they search a place or a thing and seizing evidence they find there. Usually, the consent to search is given by the person who owns the place or thing that is to be searched, but occasionally consent is given by someone else; when that happens, the issue becomes whether the “other person’s” consent was constitutionally valid.

That’s what happened in U.S. v. Schuler, 2012 WL 781005 (U.S. District Court for the District of Kansas 2012). The case arose on October 27, 2010 when “M.V. disclosed to her high school social worker that [Douglas M. Schuler] (her stepfather) had been making unwanted sexual advances toward her.” U.S. v. Schuler, supra. More precisely, M.V. told the social worker that Schuler had been

writing her typewritten letters telling her things that `made her feel uncomfortable.’ Also, he would allow M.V.'s boyfriend to come over when her mother was not home, in violation of the rules her mother had established. In exchange for [Schuler] allowing the boyfriend to visit, [he] required M.V. to allow [him] to rub her back and legs.

M.V. remained clothed during these sessions: [Schuler] allegedly insisted M.V. change into a sports bra and shorts for the back rubs. M.V. stated that on one occasion [he] rubbed her back and shoulders for fifteen minutes, and when M.V. stood up to try to end the encounter, she noted she had `stuff’ on her shorts, and knew it had come from [Schuler].

She provided these items to Officer Crawford, explaining that she believed this was the laptop used by [Schuler] to write the letters. Both M.V. and her mother gave written statements, and Officer Crawford requested, and received, a written consent to search the laptop from Mrs. Schuler.

The opinion says the officers

subsequently applied for, and were granted, a search warrant for the Acer laptop computer. (The affidavit's reference to the serial number for the computer was incorrect -- it contained two typographical errors. Those errors were later corrected, but the actual forensic search occurred before the correction.)

The opinion notes that when the officer searched Schuler’s Acer laptop, they did not find “the typewritten letters” but did “discover a number of other materials, . . . some of which form the basis of the charged offense.” U.S. v. Schuler, supra. Unfortunately, it does not say what “the charged offense” is nor can I find an indictment or complaint or any other source that identifies it. (As noted below, the opinion refers to searching the laptop for child pornography, so maybe he’s charged with possessing child pornography. U.S. v. Schuler, supra.)

Whatever he’s charged with, Schuler moved to suppress the evidence obtained from searching the laptop. U.S. v. Schuler, supra. He made four arguments in his motion to suppress:

And third, the affidavit for the search warrant provided insufficient probable cause to search for items of child pornography. Finally, [Schuler] argues that even if the consent was valid, a separate warrant was required for examination of the computer's contents.

The prosecution conceded that “the application for search warrant lacked a sufficient probable cause statement to justify the search of the Acer laptop for child pornography.” U.S. v. Schuler, supra. But the government also argued that “regardless of the warrant, Mrs. Schuler had actual and apparent authority to consent to the search of the laptop, and that no additional warrant was necessary.” U.S. v. Schuler, supra.

As the opinion notes, and as I’ve explained in prior posts,

A third party has actual authority to consent to a search if that third party has either: (1) mutual use of the property by virtue of joint access, or (2) control for most purposes. . . . A spousal relationship gives rise to a presumption of control. . . .

So, for Mrs. Schuler to have had actual authority to consent to a search of the Acer laptop, she had to have joint access to it. U.S. v. Matlock, 415 U.S. 164 (1974). To establish that she had such access, the prosecution relied on the following evidence, which was presented at the hearing on the motion to suppress:

Mrs. Schuler testified that. . . . [a]fter she heard what happened from M.V., she went home and looked through the files on the laptop in an effort to locate the typewritten letters, but could not find them. She testified that the computer was kept in the family's living room. She testified that [Schuler] had purchased the Acer computer for work and took it with him when he traveled out of town for work.

She also stated that, although [Schuler] was the primary user of the Acer, all the computers were `ours.’ She likened the arrangement to that of their vehicles: although she and [Schuler] each had their own vehicle, either could drive the other's. When she provided the laptop to Officer Crawford at the school, it was `on’ and `unlocked.’

In an effort to show that she did not have the joint access necessary to establish actual authority to consent to a search of the laptop, Schuler

Officer Crawford was presented with an ambiguous situation here, nor was he required to make further inquiry. Mrs. Schuler had retrieved her husband's laptop from their home, had it in her possession, and provided it to officers -- on and unlocked -- explaining that she believed it was used to write the letters and/or that it contained the letters, although she was not able to find them on it. The computer was in her care, custody, and control when she provided it to officers and consented to their search of it.

The judge also noted that

[i]t is true that police only later learned more facts that would either support or undermine Mrs. Schuler's authority to consent to the search, such as where the laptop was kept; whether Mrs. Schuler had previously been provided a password (or whether any password was actually required); and whether she occasionally used the laptop. However, the critical inquiry is what police knew at the time consent was given. . . .

The court need not resolve contradictions in the hearing testimony because these additional facts are not relevant to the inquiry. The court agrees with the government that, at the time and under the circumstances in which Mrs. Schuler gave consent to search, it was reasonable for Officer Crawford to believe she had authority to do so.

The judge then addressed Schuler’s argument that “even if the consent was valid, a valid warrant was still required to search the files on the computer.” U.S. v. Schuler, supra. The judge did not agree:

Mrs. Schuler gave a valid third-party consent to the search of -- not merely seizure of -- the Acer laptop. That consent was unlimited. The fact that Officer Crawford and Mrs. Schuler both testified that, at the time, they had absolutely no suspicion that any visual depictions of an incriminating nature would be discovered on the computer, is irrelevant.

The officers were authorized to search for any evidence that would corroborate M.V.'s statements or which related to the alleged sexual exploitation of a minor. [Schuler] offers no support, and the court can find none, for the proposition that, under the factual circumstances of this case, a warrant was necessary for the search of the particular incriminating files discovered on the laptop.

I see no problems with the search in this case, but do see a rather glaring problem with the evidence recovered.

First, a disclaimer. The article does not mention whether the wife had a separate account for the wife, but only that she had access and knew the password.

By her own admission, she logged on and browsed through the computer before turning it over to investigators. The defense, therefore, is that the wife, put all the (alleged)porn on the machine to get hubby in trouble. The defense rests.

Now, the DA can try to prove that what the wife said she did is not what happened and she never wanted to get hubby in trouble. (except for the trouble she already got him in.) If it were me, I would give it a pass.