Computer Conspiracy and the Inconsistent Verdict 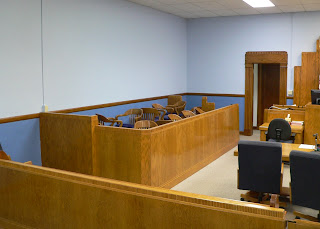 As this press release explains, in 2009 Elizabeth Moran-Toala, a former Customs and Border Protection officer at the Fort-Lauderdale airport, was sentenced to 120 months in prison for her “participation in a conspiracy to import and distribute heroin and cocaine.”

The indictment actually charged Moran-Toala with two crimes: “(1) conspiring to import heroin and cocaine, in violation of 21 U.S. Code §§ 963 & 960 and (2) intentionally conspiring to access a computer without authorization and exceed authorized access to a computer, in violation of 18 U.S.C. § 1030(a)(2)(B).” U.S. v. Moran-Toala, supra. It also alleged that “the computer access offense was committed in furtherance of a criminal act, namely the narcotics importation conspiracy, elevating it to a felony.” U.S. v. Moran-Toala, supra.

This allegation was meant to trigger 18 U.S. Code § 1030(c)(2)(B)(ii), which states that the punishment for an offense under 18 U.S. § 1030(a)(2) is “a fine . . . or imprisonment for not more than 5 years, or both,” if the offense “was committed in furtherance of any criminal or tortious act in violation of the Constitution or laws of the United States”. This elevates the punishment from the default provided in § 1030(c)(2)(A), which is “a fine . . . or imprisonment for not more than one year, or both”. As the Department of Justice’s manual on prosecuting computer crimes notes, “[v]iolations of section 1030(a)(2) are misdemeanors punishable by a fine or one-year prison term unless aggravating factors apply.” U.S. Department of Justice, Prosecuting Computer Crimes 19-20.

it found [Moran-Toala] guilty of the computer access charge -- count two -- it was required to determine whether that offense was `committed in furtherance of a criminal act in violation of the Constitution and laws of the United States; namely, the conspiracy to import narcotics charged in count one. It's linked to count one if you find she is guilty.’ . . .

The Court defined `in furtherance’ to mean `with the intent to help, advance, move forward, promote or facilitate.’ . . . It reiterated that `if you find there is guilt in respect to count two, then you must determine whether it was in furtherance of the crime in count one.’ . . .

The jury seems to have been at least a little confused, because at approximately

4:15 p.m. on June 28, the first full day of deliberations, the jury asked, `[m]ust the verdict in [question] number four be in agreement with count number one?’ The Court solicited counsel's advice.

The government's position was that the answer should be no, as Moran-Toala might have possessed sufficient intent to have exceeded authorized commuter access in furtherance of the importation scheme without having enough knowledge of the conspiracy to be deemed a member.

In response, defense counsel argued that the note should be answered affirmatively; he took the position that if Moran-Toala were innocent of the importation conspiracy, she could not have used her computer to intentionally advance or facilitate the conspiracy.

The Court noted that it was inclined to agree with defense counsel as a matter of logic, but told the jury `no’ in answer to its question.

The judge first addressed the inconsistency issue, noting that the prosecution claimed “Moran–Toala could have exceeded computer access in furtherance of the narcotics trafficking conspiracy without being considered a member of that conspiracy.” U.S. v. Moran-Toala, supra. He also noted that the elements of conspiracy are that the

The judge then explained that while there

may be scenarios in which an individual can act in furtherance of a conspiracy without joining the conspiracy, there is no view of the evidence in this case that would permit that conclusion. The government's theory at trial was that Moran-Toala would, at a co-conspirator's request, periodically access confidential information regarding narcotics seizures and other information and pass it on to the coconspirator.

On these facts, she cannot be guilty of conspiring to unlawfully use her computer `in furtherance of . . . the conspiracy to import a controlled substance,’ -- with `in furtherance’ defined in the jury charge as `with the intent to help, advance, move forward, promote or facilitate’ -- but not guilty of conspiring to import a controlled substance.

He also explained that by finding that Moran-Toala committed the computer conspiracy offense “in furtherance of the crime charged in Count one,” the jury necessarily found that he agreed with another (“her co-conspirator on the computer charge”) to commit the crime, had “intentionally advanced the narcotics conspiracy” and had “committed an overt act in furtherance of the conspiracy.” U.S. v. Moran-Toala, supra.

Put simply, Moran–Toala could not have intentionally misused her computer to advance a narcotics conspiracy without being a member of that conspiracy. Thus, when the jury asked whether the special verdict on the sentencing enhancement needed to be `in agreement’ with its verdict on count one, it was effectively asking whether the verdict had to be consistent.

The judge then addressed Moran-Toala’s argument that he “erred by telling the jury, in effect, that its findings did not have to be consistent and that this error is grounds for vacating the enhancement finding.” U.S. v. Moran-Toala, supra. In other words, he addressed her argument that he caused the jury to return an inconsistent verdict and that the inconsistency required him to vacate the finding that the § 1030(c)(2)(B)(ii) sentencing enhancement provision applied here.

The judge explained that Moran-Toala’s argument was “flawed because, even assuming the Court erroneously sanctioned an inconsistent verdict, that error would not alter the general rule that such verdicts are unreviewable.” U.S. v. Moran-Toala, supra. In Dunn v. U.S., 284 U.S. 390 (1932), the Supreme Court explained that “[c]onsistency in the [jury’s] verdict is not necessary” because “[e]ach count in an indictment is regarded as if it was a separate indictment.” In U.S. v. Powell, 469 U.S. 57 (1984), the Supreme Court held that the Dunn “rule rests on a sound rationale” and therefore survives. The Powell Court also explained that inconsistent verdicts

present a situation where `error,’ in the sense that the jury has not followed the court's instructions, most certainly has occurred, but it is unclear whose ox has been gored. Given this uncertainty, and the fact that the Government is precluded from challenging the acquittal, it is hardly satisfactory to allow the defendant to receive a new trial on the conviction as a matter of course. . .

For us, the possibility that the inconsistent verdicts may favor the criminal defendant as well as the Government militates against review of such convictions at the defendant's behest.

The Moran-Toala judge found that the Powell rationale

is fully applicable in this case, regardless of whether the Court sanctioned the jury's error. Had the Court told the jurors that their findings on count one and the special verdict were required to be consistent, Moran-Toala might have been convicted on the narcotics conspiracy.

There is no indication that any error here was in the government's favor, and the Court cannot `guess which of the inconsistent verdicts is “the one the jury really meant.”’ U.S. v. Acosta, 17 F.3d 538 (U.S. Court of Appeals for the 2d Circuit 1994) (quoting U.S. v. Powell, supra).

Posted by Susan Brenner at 5:53 AM