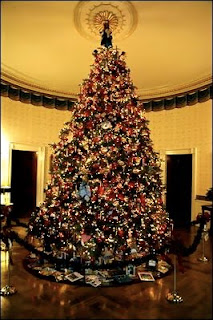 As I’ve noted in earlier posts, “harassment” is a crime in most, if not all, states. As I’ve also noted, harassment is usually defined in terms of (i) repeatedly engaging in communication (online or offline) with another person (ii) with the intent to harass, annoy, alarm or torment the person and (iii) with no intention of engaging in legitimate communication.

And as I noted in a post I did several years ago, courts usually require that the defendant be shown to have had the “specific purpose” of harassing the alleged victim, which generally requires that the communication was directed specifically at that person and, again, was not for the purpose of engaging in legitimate communication.

And Minnesota Statutes § 609.748(5)(a) states that a judge can enter a restraining order directing the respondent “to cease or avoid the harassment of another person or to have no contact with that person if” certain conditions apply, one of which is that the court has found that “there are reasonable grounds to believe that the respondent has engaged in harassment.” If you’re interested, you can read more about how Minnesota law defines harassment and how one goes about applying for an HRO here.

In seeking an HRO, Olson “claimed that family photos and accompanying text, posted by respondent to the social-networking web site Facebook, constituted harassment under Minnesota Statutes § 609.748.” Olson v. LaBrie, supra. The Court of Appeals’ opinion provides a little more detail on these allegations, explaining that

[f]rom March to June 2010, [LaBrie] posted multiple photos of various family members on his Facebook page. The photos include portraits and group shots, such as several family members when they were children, including appellant, posing in front of a Christmas tree. When [Olson] learned these photos had been posted, he e-mailed [LaBrie] and requested the photos that included him either be removed or altered to erase [him].

In reply, [LaBrie] stated in an e-mail that he would not alter the photos and that [Olson] should stay off Facebook if he disliked the photos. Ultimately, [LaBrie] removed the `tags’ that identify people in photos on Facebook and later took down the photos.

The district court judge (i.e., the lower court judge) held an evidentiary hearing on Olson’s application for an HRO, at which LaBrie apparently testified. Olson v. LaBrie, supra. According to the opinion,

In the petition Olson filed seeking the HRO, he

claimed that statements from [LaBrie]included `a series of comments that could reasonably be interpreted as veiled threats against the Petitioner's life and safety.’

[Olson] further stated in the petition that [LaBrie] `has acquired private childhood pictures of Petitioner and has posted the pictures online together with vulgar and coercive statements.’ Finally, [Olson] stated that [LaBrie’s] harassment of him had restricted his movement `and caused reasonable alarm.’

[Olson] requested a two-year order requiring [LaBrie] to not harass [him] or his minor child, to stay away from his home, and to remain 100 yards away from him and his children.

After hearing testimony at the evidentiary hearing, the district court judge

granted [LaBrie’s] motion to dismiss [Olson’s] petition. The district court determined that appellant had not proved harassment and instead provided evidence only of “mean, disrespectful comments.” In addition, the district court stated that the photos provided as evidence of harassment were “innocuous family photographs and could not possibly serve as a basis for harassment.”

On appeal, Olson argued that the “photos depicting him and comments regarding him that [LaBrie] posted on Facebook violated his privacy under Minnesota Statutes § 609.748(a)(1) and therefore constitute harassment.” Olson v. LaBrie, supra. After noting that § 609.748(a)(1) defines harassment, in part, as conduct that has or is intended to have a “substantial adverse effect” on another ‘s privacy, the Court of Appeals pointed out that while

privacy concerns are the thrust of [Olson’s] arguments on appeal, it does not appear from the record that he raised the issue of privacy below. In [his] HRO petition, when asked to describe the effect of the alleged harassment on his safety, security, or privacy, [Olson] simply states that `[t]he harassment has restricted movement and caused reasonable harm.’

Claims related to the restriction of movement and harm apply to the statutory requirements of safety or security, not privacy. The district court also did not address any privacy concerns in its dismissal of [Olson’s] petition.

The court of appeals generally does not review issues not raised below and issues not decided by the district court. Thiele v. Stich, 425 N.W.2d 580 (Minn.1988). Therefore, we conclude that [Olson] waived his privacy argument.

The Court of Appeals also rejected the next argument Olson made on appeal, i.e., that “the district court erred by not fully crediting the testimony of A.O., appellant's mother, who testified that [LaBrie’s] conduct was `offensive.’” Olson v. LaBrie, supra. It explained that in

The district court also found that the family Christmas pictures were innocuous photos that `could not possibly serve as a basis for harassment,’ a finding that [Olson] does not contest. To constitute harassment, words must have a substantial adverse effect on the safety, security, or privacy of another. Minnesota Statutes 609.748(a)(1).

Comments that are mean and disrespectful, coupled with innocuous family photos, do not affect a person's safety, security, or privacy -- and certainly not substantially so. The district court did not err by determining that the evidence submitted by [Olson] did not satisfy the statutory definition of harassment. Therefore, the district court did not abuse its discretion by dismissing [his] petition for an HRO.

Finally, Olson asked “that the record on appeal be sealed.” Olson v. LaBrie, supra. The Court of Appeals began its analysis of this request by noting that

`[e]very party to an appeal must take reasonable steps to prevent the disclosure of confidential information, both in oral argument and written submissions filed with the court.” Minnesota Rules of Civil Appellate Procedure Rule 112.03. Confidential evidentiary materials should be submitted to the court of appeals in a bound confidential appendix under seal, and a party need not seek leave of court to do so. See Minnesota Rules of Civil Appellate Procedure Rule 112.02.

[Olson] pointed to no specific information in the record that should remain confidential and instead asks the court to seal `this case.’ But an appellate brief cannot be filed completely under seal and `must be accessible to the public in some form.’ Coursolle v. EMC Ins. Group, Inc., 794 N.W.2d 652 (Minn. App. 2011), review denied (Minn. 2011).

[u]nder the rules of appellate procedure, a party wishing to protect confidential information may seek to file a redacted version that can be accessed by the public and a non-redacted version under seal if the inability to discuss confidential information would cause `substantial hardship or prevent the fair presentation of a party's argument.’ Minnesota Rules of Civil Appellate Procedure Rule 112.03. advisory committee comment.

[Olson] argues that the case should be sealed because not doing so `will perpetuate the false light effect that [LaBrie] likely intended for it, as well as disclose more of [Olson’s] private life.” [He] does not argue that disclosure of information in the briefs will cause a substantial hardship and it does not appear that disclosure will lead to substantial hardship, particularly given that the district court found the evidence presented by [Olson] to not constitute harassment.

Therefore, we deny [his]request to seal any portion of the appellate record.

And no, the opinion does not include briefs on appeal, so I can’t provide any details as to what, precisely, LaBrie said about Olson. I checked out the Minnesota Court of Appeals’ site, which has the briefs, but it doesn’t appear possible to download them from there.

Posted by Susan Brenner at 6:45 AM

This is an excellent blog. I will attempt to catch up on what you have written here.

Since it appears that LaBrie owned the pictures, how could any court order him not to post them on the internet if he wanted too?

Rodney Hampton = A front working for Beverly Dodge, a hack of an attorney who takes upward of 25k for something that could have been negotiated for virtually no money, and is a living example of how a technical win for an attorney can be a true loss for her client. Cost to Aaron Olson: $0. LaBrie also had a cohort in the harassment against Aaron Olson, named Adrian Olson, who was just tagged with a harassment order by a doctor who ran off with his wife, who has also filed for harassment against Adrian Olson too for physically threatening her. Randall LaBrie and Adrian Olson are also being served up by Aaron Olson on other charges, such as defamation, assault, and copyright infringement. Nice work Beverly K. Dodge and pet toad, Rondney Hampton. You totally divorce lawyered it! You even outdid David Gross, attorney for Adrian Olson, who instead of vetting his client's claims, oversold his own legal abilities and led his client to believe that he could go on harassing people with impunity. Congrats to you also, David Gross!