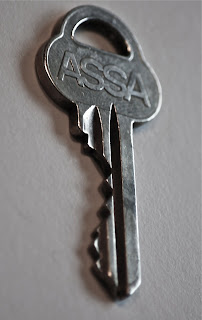 In 2007, Barbara Janisch was charged with “computer tampering” in violation of Illinois law, tried by a jury, convicted and appealed. People v. Janisch, __ N.E.2d __, 2012 WL 698142 (Illinois Court of Appeals 2012). In June of 2007, Janisch and Michael Brumitt “had been divorced for over a decade” and were “in the midst of an ongoing dispute over child support.” People v. Janisch, supra.

That month, Juanita, Brumitt’s wife, looked at one of his email accounts and saw a

message from a `Misty Reynolds’ suggesting a follow-up to a romantic interlude. A similar message from Misty was sent to Brumitt's MySpace account. Suspecting [Janisch] had sent the messages under the pseudonym of Misty, Juanita sent a message to the sender, who replied that Brumitt was involved in an extramarital affair.

Juanita suspected `Misty’ had access to Brumitt's e-mail account ending with @hotmail.com. The e-mails from Misty referred to information Brumitt had put in other e-mails sent from his account, including his salary and his attendance at a recent company dinner in Texas.

In addition to the e-mails from Misty, Juanita . . . believed someone had accessed Brumitt's e-mail account and sent a personal e-mail between Brumitt and Juanita to everyone on Brumitt's contact list. . . . [T]he e-mails caused personal turmoil for her and Brumitt, both in their marriage and for Brumitt at work.

This apparently led to an investigation. Brumitt said that he had “logged into his Hotmail account from various locations, including home, work, and wireless rooms, and that Juanita and his son, the subject of the child support dispute, were the only other people whom he told of his password.” People v. Janisch, supra.

Internet Protocol (IP) logs and subscriber information for Brumitt's e-mail address ending with @hotmail.com through Microsoft Network (MSN). After reviewing these documents, Vucich subpoenaed records from Charter Communications for an IP address that recurred throughout the logs of entry into Brumitt's account. The IP address was registered to Euple Sullivan.

Vucich then subpoenaed Yahoo! for records on the e-mail accounts that had sent the e-mails. The IP address for these accounts was the same one that was registered to Sullivan and had been used for entry into Brumitt's account. Vucich concluded that the person sending the e-mails was also doing so from Sullivan's home.

Janisch was charged with computer tampering in violation of 720 Illinois Compiled Statutes § 5/16D-3(a)(2), which then provided as follows:

(a) A person commits the offense of computer tampering when he knowingly and without the authorization of a computer's owner, as defined in Section 15–2 of this Code, or in excess of the authority granted to him: . . .

(2) Accesses or causes to be accessed a computer or any part thereof, or a program or data, and obtains data or services[.]

The charge alleged that she, “`knowingly and without authorization of Michael Brumitt, accessed computer data from his MSN hotmail email account and thereby obtained data from the MSN hotmail account.’” People v. Janisch, supra. The jury was instructed that to find Janisch guilty of the charge, the prosecution had to prove the following elements beyond a reasonable doubt:

`First Proposition: That the defendant knowingly accessed data; and

Second Proposition: That the defendant obtained data; and

Third Proposition: That the defendant acted without the authorization of the computer's owner; and

Fourth Proposition: That the defendant knew she acted without the authorization of the computer's owner.’

The Court of Appeals began its analysis of Janisch’s argument by noting, first, that she “[u]ndoubtedly, obtained data.” People v. Janisch, supra. It explained that a related Illinois statute defined “data” as a

`a representation of information, knowledge, facts, concepts or instructions, including program documentation, which is prepared in a formalized manner and is stored or processed in or transmitted by a computer. Data shall be considered property and may be in any form including but not limited to printouts, magnetic or optical storage media, punch cards or data stored internally in the memory of the computer.’

People v. Janisch, supra (quoting 720 Illinois Compiled Statutes § 5/16D-2(c)). This is the total of the court’s analysis on this issue, so I’m assuming that perhaps Janisch didn’t rely heavily on this statutory element in her argument.

The Court of Appeals then addressed Janisch’s argument that “she did not access Brumitt's `computer’”. Janisch argued that “a computer is a physical object” and she had “never accessed the physical object that is Brumitt's personal computer.” People v. Janisch, supra.

The Court of Appeals noted that a related Illinois statute defines a “computer” as “`a device that accepts, processes, stores, retrieves or outputs data, and includes but is not limited to auxiliary storage and telecommunications devices connected to computers.’” People v. Janisch, supra (quoting 720 Illinois Compiled Statutes § 5/16D-2(a)). And it found that “[u]nder the plain language of the statute, what is `accessed’ need not be the computer itself”, since 720 Illinois Compiled Statutes § 5/16D-3(a)(2) made it a crime to access a computer, any part thereof, a program or data. People v. Janisch, supra.

It also found that accessing the “data” – “the information in Brumitt's personal e-mails [Janisch] accessed by entering into his account by using his password without permission” -- was sufficient to establish the “access” element of the offense. People v. Janisch, supra. (After Janisch was charged, the Illinois “General Assembly amended the statute to include the accessing of `a computer network.’” People v. Janisch, supra (citing 720 ILCS 5/16D–3; Pub. Act 95–326, § 5 (eff. Jan.1, 2008)).

Janisch then argued that

a simple access of data is insufficient as the language in paragraph (a) requires the access to be `without the authorization of a computer's owner.’ 720 Illinois Compiled Statutes § 5/16D-3(a)(2).

[She] argues that the `computer’ on which Brumitt's e-mail account was located was owned not by Brumitt, but most likely by MSN or an affiliated company. [Janisch] asserts that, in the least, the State would have to present evidence that MSN's authorization was dependent on Brumitt's permission, as the account holder.

Even assuming the `computer’ in question is the one that facilitates Web service on the behalf of the Internet provider, MSN, Brumitt qualifies as `a computer's owner, as defined in Section 15–2 of this Code.’ 720 Illinois Compiled Statutes § 5/16D–3(a). . . . [Janisch] misconstrues ownership under the statute with traditional analysis of property rights. For purposes of computer tampering, ownership of a computer is much broader.

`. . . “owner” means a person, other than the offender, who has possession of or any other interest in the property involved, even though such interest or possession is unlawful, and without whose consent the offender has no authority to exert control over the property.’ . . .

Even in regard to any physical device that facilitated the Web-based service provided by MSN, Brumitt was an owner for purposes of section 15–2. Actual possession is not necessary as `any other interest in the property involved’ is sufficient.

The Court of Appeals also noted, with regard to the “ownership” issue, that the prosecution drew “an apt analogy to the law of burglary.” People v. Janisch, supra. As Wikipedia explains, “burglary” is “a crime, the essence of which is illicit entry into a building for the purposes of committing an offense”, such as theft, murder, arson or rape.

People v. Janisch, supra. The Court of Appeals explained that

An allegation of ownership was at one time indispensable in charging burglary. . . The court, however, began to recognize that the requirement of ownership had become ‘an empty formality.’(People v. Stewart (1961), 23 Ill.2d 16.). . . . Our courts have held that, in lieu of proving ownership, the right to possession and occupancy in another must be shown as against the accused. . . .

[o]wnership under the computer-tampering statute is equivalent to the requirements for pleading set forth in Rothermel . Brumitt stood in the same relation to defendant as the key holder did to the defendant in Rothermel. The metaphor of a key holder fits directly with that of an e-mail account holder.

Posted by Susan Brenner at 9:28 AM

If she had the password to his account, then he obviously was giving her permission to acces it, right?

Much agreed.but it is madison county and the judge happened to have lunch with assist da.judge objected to everything defense brought up.