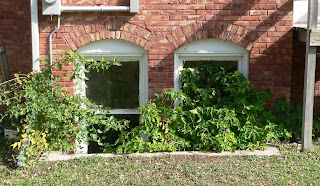 After law enforcement officials found child pornography on his computer, Edward Hatcher was convicted of sexual exploitation of a child in violation of Georgia Code § 16-12-100 and “sentenced to a term of imprisonment”. Hatcher v. State, __ S.E.2d __, 2012 WL 857294 (Georgia Court of Appeals 2012).

He appealed, arguing, in part, that the trial court “erred when it denied his motion to suppress information obtained from an internet service provider”. Hatcher v. State, supra.

This is how the case, and the motion to suppress, arose:

Comcast did so, disclosing the name of the customer and her billing address, which was a residential address in Cherokee County.

The investigator obtained a warrant to search the residence at the billing address for certain evidence of child pornography, including any computers or electronic data storage devices that he might find there. When the investigator went to the home, he confirmed that it was occupied by a family that subscribed to Comcast internet service.

The investigator learned that the family used a wireless router to access the Internet, and he also discovered that Hatcher lived in the basement of the home and used the same wireless router.

In a footnote, the opinion points out that

Hatcher apparently had lived in the basement of the family's home for about two months. The record does not reveal the relationship, if any, between Hatcher and the family or whether he was a renter or guest in their home.

More precisely, Hatcher argued that “the request for information amounted to an unreasonable search in violation of the 4th Amendment.” Hatcher v. State, supra. The Court of Appeals began its analysis of his argument by explaining that

When one contends that he was aggrieved by an unreasonable search and seeks to suppress evidence obtained as a result of the search, he must show, among other things, that an agent of the government either trespassed upon his property, see U.S. v. Jones, 132 S.Ct. 945 (2012), or invaded some other place or thing in which he has a reasonable expectation of privacy. See Bond v. U.S., 529 U.S. 334 (2000).

Here, Hatcher cannot seriously claim that a request for information from Comcast was a trespass upon his property, so we consider whether he has a reasonable expectation of privacy in the information disclosed by Comcast.

The court then pointed out that the

United States Supreme Court `consistently has held that a person has no legitimate expectation of privacy in information he voluntarily turns over to third parties.’ Smith v. Maryland, 442 U.S. 735 (1979). . . .

In determining whether someone’s subjective expectation of privacy is objectively “reasonable,” courts apply the “assumption of risk” analysis. In the Katz case, the Supreme Court said that, for the purposes of 4th Amendment privacy analysis, “[w]hat a person knowingly exposes to the public, even in his own home or office, is not a subject of 4th Amendment protection.” Katz v. U.S. supra.

So, when someone “knowingly” exposes information or other evidence to a third party, he or she has assumed the risk that this person will share the information with others, including law enforcement.

in this case because Hatcher is not the subscriber whose information was requested from Comcast. Instead, he simply used the internet service subscription of another to access the Internet, and the record tells us nothing about his relationship with the subscriber, except that he apparently had lived for two months in her basement.

For this reason, we conclude that Hatcher failed to establish a reasonable expectation of privacy in the information requested from Comcast, and the court below did not err when it denied his motion to suppress.

In a footnote, the court explained that

Posted by Susan Brenner at 9:44 AM