The Video, Probable Cause and Murder 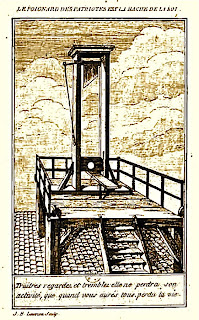 After being convicted of murdering the eighteen-year-old woman with whom he had been having an affair, Chad T. Gurney appealed. State v. Gurney, __ A.3d __, 2012 376706 (Maine Supreme Court 2012). (He was also convicted of arson and sentenced to “fifty years for murder and twenty-five years for arson, all but ten years suspended and four years' probation, to be served consecutively to the sentence on the murder conviction.” State v. Gurney, supra.)

Before we get into the legal arguments Gurney made on appeal, I need to outline how and why he came to be charged with murder and arson. According to the Supreme Court’s opinion, this is how the case arose:

Gurney, then twenty-seven, met the victim, age eighteen, in Portland in March 2009, and they subsequently began a romantic relationship. Although Gurney later stated he did not consider theirs to be an exclusive relationship, evidence indicated that Gurney had intense feelings for the victim.

In May, Gurney took a one-week trip to Canada. After returning to Portland on May 20, 2009, Gurney asked the victim to take a trip with him, but she declined. Gurney made plans to leave for Thailand in late May. On or around May 23, 2009, the victim told Gurney that she had been intimate with another man while Gurney was in Canada.

On May 25, the victim spent the day at Gurney's apartment. She apologized for having been intimate with someone else and took an afternoon nap in Gurney's bed in the apartment's loft. While [she] was lying on the bed, Gurney grasped [her] by the neck, head-butted her, and strangled her until she was dead. Gurney performed a sexual act on, and then decapitated, the victim's body.

Gurney then showered and changed his clothes, drove to a gas station, obtained a container, filled it with gas, and brought it back to his apartment. Gurney poured gasoline on the bed, the victim's body, and all of her personal belongings, trailed the gasoline from the bed to the steps of the loft, and then ignited the gasoline. Gurney also poured gasoline in two areas in the lower level of the apartment.

Gurney then “collected the bag and passport that he had packed for his trip abroad, his laptop computer, and an empty shotgun,” put them in his truck and drove to a motel, where he rented a room. State v. Gurney, supra. Portland firefighters who responded to a call about the fire in Gurney’s apartment found the victim’s body; when a neighbor called to tell him about the fire, Gurney said he was on his way to Lewiston and hung up. State v. Gurney, supra.

As I noted, he was convicted, in a bench trial, of murder and arson and appealed. State v. Gurney, supra. He made several arguments on appeal, but we’re only concerned with two of them: that the trial judge erred (i) in not granting his motion to suppress evidence police found when they searched his laptop and (ii) in admitting evidence found on his laptop that pertained to a video of a woman being beheaded. State v. Gurney, supra.

Gurney’s first argument was based on the 4th Amendment, which, as I’ve noted in earlier posts and as Wikipedia explains, creates a right to be free from “unreasonable” searches and seizures. As I’ve also noted, a “search” violates a reasonable expectation of privacy in a place or thing; since no one seems to have argued that Gurney didn’t have such an expectation of privacy in his laptop, the issue of whether the police’s examining his laptop constituted a 4th Amendment “search” doesn’t seem to have arisen. The only issue Gurney seems to have raised is that the police didn’t have probable cause to search the laptop.

As I’ve noted in earlier posts, to obtain a warrant to search a place or a thing, an officer submits an application to the warrant to a magistrate, who is authorized to issue search warrants. In the application, the officer has to demonstrate that he/she has probable cause to believe evidence of a crime will be found in the place/thing to be searched. As I’ve also noted, officers usually do this by attaching an affidavit to the warrant; in the affidavit, the officer explains why he/she has probable cause for the search.

In this case, Gurney argued that the affidavit

offered in support of a finding of probable cause to search [his] laptop computer and cell phone did not establish that evidence relating to the crimes with which Gurney was charged would be found on those devices. He argues, therefore, that the motion court erred when it denied his motion to suppress evidence obtained from those devices.

The Supreme Court began its analysis of Gurney’s 4th Amendment argument by noting that in reviewing a magistrate’s probable cause determination,

we apply a `totality of the circumstances’ test, see Illinois v. Gates, 462 U.S. 213 (1983), which `requires a practical, common-sense decision whether, given all the circumstances set forth in the affidavit . . . , there is a fair probability that contraband or evidence of a crime will be found in a particular place.’ State v. Gdovin, 961 A.2d 1099 (Maine Supreme Court 2008).

`To meet the standard for probable cause, the warrant affidavit must set forth some nexus between the evidence to be seized and the locations to be searched.’ State v. Samson, 916 A.2d 977 (Maine Supreme Court 2007). The nexus `need not, and often will not, rest on direct observation, but rather can be inferred from the type of crime, the nature of the items sought, the extent of an opportunity for concealment and normal inferences as to where a criminal would hide [evidence of a crime].’ Id.

The Supreme Court then applied this standard to the warrant for Gurney’s laptop:

With this history as stated in the affidavit and reasonably inferred from the information contained therein, and giving the affidavit a positive reading, the affidavit established a fair probability that evidence of a crime would be found on both Gurney's laptop and cell phone.

Gurney’s other argument went, as noted above, to the trial judge’s admitting “evidence found in the unallocated space on the hard drive of Gurney's laptop computer consisting of a reference to a video involving a woman who was beheaded for cheating”. State v. Gurney, supra.

He argued that the evidence should not have been admitted because (i) the prosecution “failed to establish a proper foundation to admit that evidence when it failed to establish how and when the reference got onto Gurney's computer, or that [he] ever viewed the reference or the associated video” and/or (ii) “the evidence was not demonstrably relevant, and the probative value, if any, of the evidence was substantially outweighed by the risk of unfair prejudice.” State v. Gurney, supra.

The Supreme Court began its analysis of Gurney’s argument with regard to this evidence by explaining what the evidence was and how it was presented at trial:

A computer crimes forensic investigator testified . . . that he found the word `behead’ as part of a caption in unallocated space on the hard drive of Gurney's laptop. The caption read in part, `Description: woman half-beheaded for suspected cheating. Well at least if she was cheating she won't do it again.’ Based on the precise language and formatting of the caption, the specialist traced the caption referenced in the computer's unallocated space to a website that shows violent videos.

When the investigator visited the website, he saw that the exact caption found in the unallocated space on Gurney's computer was accompanied by a thumbnail picture of the video and, apparently, by a link to the video itself. This thumbnail and caption were one of a list of numerous videos available for viewing.

The specialist testified, and the evidence otherwise indicated, that the video was posted on the website on February 28, 2009, and that the website page containing the caption to the video was present on Gurney's computer screen at some time prior to the computer's seizure on May 26, 2009. The specialist testified that it would not have been possible for the reference to have been placed on the laptop after it was seized.

The Supreme Court first addressed Gurney’s argument that the evidence of the video should not have been admitted because it wasn’t relevant to issues in the case. State v. Gurney, supra. The court found that the evidence

was relevant to an issue central to this case -- Gurney's state of mind when he killed the victim and decapitated her body after learning that she had a sexual encounter with another man. As this evidence related to Gurney's state of mind, the central contested issue in the trial, the probative value of the evidence was not outweighed by the danger of unfair prejudice. See Maine Rules of Evidence 401, 403.

The court then addressed Gurney’s other argument as to why this evidence should not have been admitted:

[T]he State introduced sufficient facts to provide an adequate foundation to establish the relevance of the . . . evidence and its admissibility as a piece of circumstantial evidence concerning Gurney's state of mind. . . . The caption was found in the unallocated space of a laptop computer that indisputably belonged to [him] and was found in his possession when he was arrested; the caption could be traced in its exact formatting to a website showing violent videos; the caption and the associated video were posted on the website in February 2009; and the caption appeared on Gurney's computer sometime prior to his arrest.

The deficiencies in the evidence challenged here -- the acknowledged inability to determine how and when the caption appeared on Gurney's computer, whether Gurney was the user at the time, or whether he ever saw the caption or the video associated with the caption -- go to the weight of the evidence, not to the adequacy of the foundation for admitting it. . . .

If you’d like to read more about the case, check out the news story you can find here.

I think the guy was / is crazy, as his attorney suggests. But to me, that is even more reason to lock the dude up for a long time. You can't reason with a crazy person. At least with a non-crazy criminal you can reason with him / her, offer alternatives to crime and stuff like that, in the hopes that they won't commit future crimes.

By the way, I saw a picture of the dude. He looks crazy. yes, I can tell if someone is crazy just by looking at them. It is a variation of Gaydar, which I also possess. (http://en.wikipedia.org/wiki/Gaydar)