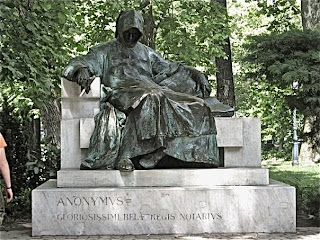 A person who, with intent to terrify, intimidate, threaten, harass or annoy, makes contact by means of a telephonic or other electronic communication with another and . . . disturbs, . . . by repeated anonymous telephone calls . . . , whether or not conversation ensues, the peace, quiet or right of privacy of any person at the place where the . . . communications are received shall be fined not more than $250.00 or be imprisoned not more than three months or both. . . .

Jennifer Wyrocki was convicted of violating this statute, for reasons we’ll get to in a moment, and appealed, arguing that the calls she made were not “anonymous.” State v. Wyrocki, supra.

On August 22, 2009, Roxanne Emilo received two telephone calls in succession on her cellphone while at work. The first came at about 3:20 in the afternoon. Though Emilo's cellphone has caller identification (caller ID), she could not view the caller's phone number because it registered on her caller ID as `withheld.’

Upon answering the call, however, Emilo at once identified the caller as [Wyrocki] because she recognized her voice. Emilo knew [Wyrocki’s] voice because [Wyrocki] was her son's girlfriend and they had spoken many times before.

Emilo's son had been living with [Wyrocki] for more than six years, during which time [she]and Emilo had visited each other's houses and talked over the phone. At trial, Emilo testified that she was `absolutely’ sure that [Wyrocki] was the caller.

After Emilo answered, [Wyrocki] unleashed a series of profanity-laced insults at her. Screaming, she said to Emilo, `I hope you're happy,’ `You fucking bitch,’ `He's going to die in jail,’ and `I hope you die.’ Upset, Emilo ended the call. Two minutes later, Emilo received a second call, during which she again immediately recognized [Wyrocki] as the caller. This time [Wyrocki] said, `I hope you run your car into a tree and fucking die.’

Unknown to Emilo, her son had been removed from [Wyrocki’s] apartment earlier that day and taken to jail. This apparently resulted from Emilo's report to the Vermont Housing Authority that her son was living with [Wyrocki] in violation of [her] housing agreement. Although Emilo was unaware of her son's arrest, she had long disapproved of his relationship with [Wyrocki], with whom he shared substance abuse problems.

The trial judge rejected her argument, concluding that Wyrocki’s

calls were anonymous as required by § 1027. Using Black's Law Dictionary, it defined `anonymous’ as `not named or identified,’ and reasoned that [Wyrocki’s] calls satisfied this definition because she did not identify herself and `called from a phone that prevented Emilo from seeing her phone number.’

As I noted above, Wyrocki appealed, arguing, in part, that “the trial court erred in finding her calls were `anonymous’ because Emilo knew that [Wyrocki] was the person calling her.” State v. Wyrocki, supra. The Supreme Court began its analysis of her argument by noting that since the “meaning of `anonymous’ under § 1027 [was] ‘one of first impression,'” it would review “the trial court's interpretation de novo.” State v. Wyrocki, supra.

law well before caller ID became commonplace in American telephones and has not been amended substantively since. . . . Vermont's prohibition on anonymous disturbing calls was in place for years before there was any conventional way for a caller's identity to be known short of the now somewhat quaint necessity of having to blindly pick up the receiver to answer a telephone. The absence, or even masking of caller ID, therefore, is of no moment to our reading of § 1027.

The Supreme Court then summarized the “dueling definitions of `anonymous’ offered” by Wyrocki and by the prosecution. State v. Wyrocki, supra.

The State, echoing the trial court, argues that a call is `anonymous’ under § 1027 when `a defendant [takes] steps to conceal his or her identity,’ a definition also drawn from Black's Law Dictionary. Black's Law Dictionary 100 (8th ed.2000). To the State, this means [Wyrocki’s] calls were anonymous `because she failed to identify herself and she called from a phone that prevented her victim from seeing who was calling.’

[Wyrocki] contends that no call is anonymous if the person receiving the call identifies the caller. She does not dispute the use of Black's Law Dictionary to define `anonymous,’ but disagrees with viewing anonymity from the caller's perspective only. [Wyrocki] maintains the calls were not anonymous because Emilo immediately recognized her as the caller.

The Supreme Court agreed with Wyrocki. State v. Wyrocki, supra. It explained that

[t]his construction is consistent with the common understanding of what `anonymous’ means. Again, Black's Law Dictionary defines `anonymous’ as `not named or identified.’ Black's Law Dictionary 100 (8th ed.2000). Webster's defines it as `having or giving no name’ or `of unknown or unnamed origin.’ Webster's New Collegiate Dictionary 46 (1981). Another dictionary defines anonymous as `[h]aving an unknown or unacknowledged name’ or `having an unknown or withheld authorship or agency.’ The American Heritage Dictionary of the English Language 54 (New College 1979).

The court noted that the prosecution “posit[e]d that the trial court properly relied upon Black’s Law Dictionary to define `anonymous,’ as opposed to another dictionary definition”, but found that as

shown by these three exemplary definitions, . . . there is little, if any, significant variation as to the commonly accepted meaning of the term. The real issue is not between definitions, but whether the trial court's focus on anonymity from the caller's viewpoint, and not the listener's, comports with the meaning of the Legislature.

Under all of these definitions, a telephone caller's anonymity depends in part on the listener's non-recognition of the person engaging in the call, since at the instant of recognition the caller's name or identity, or both, are known.

Under any definition, a call cannot be anonymous when its author is known to the listener. It is therefore a necessary condition of § 1027 anonymity that the person taking the call does not know the sender.

The Supreme Court then pointed out that

[b]ecause the trial court's findings and Emilo's testimony leave no doubt that she knew [Wyrocki] was the caller, we hold that [her] calls were not anonymous within the meaning of § 1027. If the conduct charged against [Wyrocki] had occurred after enactment of § 1027, but during the twenty years before the dawn of caller ID, it is beyond cavil that it would be no offense under § 1027(a). The invention of caller ID did not turn what was no violation of the statute in 1967 into a crime today.

The court also explained that in reaching this result, it was rejecting the prosecution’s

argument that defining `anonymous’ as `anonymous in fact’ leads to an absurd result. The State contends that § 1027 could hardly be enforced if its violation depended upon victims not recognizing a caller's voice.

First, if correct, the State's argument is still no reason to apply the statute contrary to its plain meaning at the time of passage. Second, it is not inherently absurd to read a criminal statute in a way that limits the range of possible offenders. See State v. Oliver, 151 Vt. 626, 629, 563 A.2d 1002, 1004 (Vermont Supreme Court 1989) (`Penal statutes . . . are to be strictly construed in a manner favorable to the accused.’).

Moreover, as [Wyrocki] impliedly argues in her brief, it is not patently unreasonable that the Legislature would criminalize terroristic, intimidating, threatening, harassing, or annoying telephone calls from unknown, rather than known actors, since such messages can reasonably be viewed as more vexing, disturbing, or sinister when communicated anonymously.

In contrast, [Wyrocki’s] identity was not unknown, her telephonic communication was not anonymous, and § 1027 does not criminalize the conduct alleged in this case.

Since there was no dissent, I think it’s appropriate to note a little more about the prosecution’s arguments on appeal. The prosecution argued that if the Supreme Court accepted Wyrocki’s interpretation of § 1027(a)(iii), this would lead to an

absurd result. . . . Under Section 1027(a)(iii) it should only matter whether a defendant took steps to conceal his or her identity when harassing a victim via repeated telephone calls. . . . It should not matter whether or not the victim was able to eventually figure out who the defendant is. . . .

If it were the case that prosecution was prohibited simply because a victim recognized a defendant's voice, then a majority of prosecutions would never occur and Section 1027(a)(iii) hardly enforced. . . .

While [Wyrocki’s] counsel argues . . . that she assumed her victim knew who was calling, there is no evidence in the record to support that. . . . Consequently, according to the plain meaning of the term `anonymous,’ [Wyrocki] was not `named or identified’ when she place the repeated telephone calls to her victim, even though the victim was able to discern her identity and help law enforcement enforce Section 1027(a)(iii).