The Vehicle Exception and Locked Containers 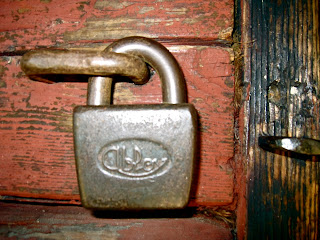 This is a follow up to my last post, which dealt with the application of the vehicle exception to an officer’s searching a cell phone and reading text messages. If you want to know more about the facts and the legal issue involved in that case, check the prior post.

The Chho court implicitly assumed a cell phone is a “container” within the compass of the vehicle exception, and we’ll use that same assumption in this discussion. As I noted in the last post, the California Court of Appeals didn’t address whether the search for the text messages would have been valid under the vehicle exception if the messages had been secured from access by “a password or other privacy protection mechanism.” People v. Chho, supra. That’s the issue this post examines.

Logically, using a “password or other privacy protection mechanism” to secure the contents of a cell phone is, if the not equivalent of, at least analogous to locking a briefcase or a footlocker or another other type of a conventional container. It seems then, that the first step in analyzing whether “locking” a cell phone with a password (etc.) would somehow affect the applicability of the vehicle exception to an officer’s searching the cell phone. In other words, if you “lock” your cell phone do you defeat an officer’s ability to rely on the vehicle exception to examine the contents of the cell phone? (That assumes, of course, that the officer would somehow still be able to get into the cell phone, an issue we’ll get back to later.)

I therefore went looking for cases in which officers argued that the vehicle exception justified their searching a container even though it was locked, and found quite a few.

We’ll start with the ones that upheld an officer’s right to search a locked container under the rationale of the vehicle exception. In People v. Pryor, 26 Misc.3d 997, 896 N.Y.S.2d 575 (New York Supreme Court 2009), two officers stopped a man for a routine traffic violation. When they approached him, he seemed very agitated as he finally gave them his driver’s license; despite repeated requests, he didn’t give them his registration and insurance card. They got him out of the vehicle because they were concerned by his behavior; when he was out of it, they asked again for the registration and insurance card and he said they were in the unlocked glove compartment. When one officer opened the he saw “a bag of marijuana on top of paperwork.” People v. Pryor, supra.

At that point, the officer began searching the vehicle for more drugs (the premise courts seem to have approved is that if you find some drugs you have probable cause to believe more drugs will be found in the vehicle). The officer found a second glove compartment, which was locked; he used the “ignition key” to open it and found a handgun and ammunition. People v. Pryor, supra. Pryor was charged with illegal weapon possession and moved to suppress the gun and ammunition, apparently arguing in part that the search of the locked glove compartment violated the 4th Amendment.

The New York Supreme Court disagreed: It noted that once the officers found the marijuana, it gave them probable cause to believe “the car might contain additional contraband, and under the automobile exception . . . they were entitled to search the car and any locked containers within it.” People v. Pryor, supra.

That brings us back to cell phones. We’re assuming a password (or otherwise) protected cell phone is the functional equivalent of a locked container, for the purposes of applying the vehicle exception. If that is true, then it seems an officer should be able to search the phone if he or she is able to bypass the “privacy protection mechanism” on it. So I went looking for cases that had addressed this issue.

I didn’t have any luck. In People v. Villasana, 2010 WL 7122 (California Court of Appeals 2010), an officer tried to access a suspect’s cell phone but it was password-protected; so he asked her for the password and she gave it to him . . . effectively ending any 4th Amendment issue in that case. In People v. Hall, 2009 WL 4549188 (California Court of Appeals), the court noted that “Hall’s cell phone was locked with a password.” As far as I can tell, that was the end of the matter; there doesn’t seem to have been any attempt to get into the phone.

I can’t find any reported cases in which police were conducting a search pursuant to the vehicle exception, came across a cell phone, sought to search it pursuant to the same exception but discovered that the cell phone was password-protected. In the vast majority of reported cases involving cell phone searches, the courts note that the phone wasn’t password-protected or otherwise “locked” . . . so the lack of cases on this issue is presumably a function of the fact that people aren’t password-protecting their cell phones. If and when they begin doing that, we’ll probably begin to see some cases on this issue.

If and when that happens, I’m not sure it’ll mean much. In the Pryor case, it was very easy for the officers to use the car’s ignition key to open the locked glove compartment. In the Robinson case, cited above, it was relatively easy for an officer to pry open the zippers on a duffle bag and peer inside to confirm that the bad did, indeed, contain marijuana (as a drug-sniffing dog had indicated). In other words, it’s easy to bypass or, if necessary, break physical locks.

As far as I know, officers can’t do that with password or other protection on cell-phones . . . which raises another question. If they can’t get into the phone itself, can they retrieve text or voice mail messages by going to the phone company and getting it to access the information?

And if they could, and did, do that, would this still be a valid search under the vehicle exception? In other words, I assume that they’d seize the phone and take it with them to the police station, where they’d contact the phone company and, if this is possible, get the phone company to get them access to the messages or photos or whatever contraband/evidence the phone contains, at least to the extent that the phone company would be able to do this.

If the phone company had the capacity to do this, I suspect the officers wouldn’t rely on the automobile exception to make this work. I suspect they’d go about accomplishing this by getting a search warrant (based on their probable cause to believe that the phone contains evidence/contraband) and serving the warrant on the phone company. If nothing else, that protects the phone company from liability under various federal and state statutes.

Or maybe I’m wrong . . . maybe if you password (or otherwise) protect your cell phone you effectively place its contents (except for traffic and other data which I know the phone company has access to) outside the reach of law enforcement . . . at least for the present and foreseeable future?

Many cell phones display the most recent text message even when "locked" (my own personal iPhone does this, for example). In the drug case you discuss in your most recent two posts, it seems likely to me that a single message would give the police enough evidence to obtain a warrant to get the rest of the suspect's messages from the phone company. And if the police chose to do so, they could simply monitor all incoming text messages as they arrived without ever "unlocking" the phone.

Also, there are known methods for breaking the password protections on various cell phones and smart phones. I suppose you could liken this to the example you cite of an officer prying open the zipper of a case found by a drug-sniffing dog to verify there was contraband inside. However, generally these methods require specialized software and computer facilities that would not be available to a typical patrol officer. If I were Law Enforcement, I would probably prefer to obtain a warrant before investigating a phone with these techniques, rather than relying on the vehicle exception, just to be on the safe side.

And now a question for you if I may. I know that courts have previously held that encryption keys are "protected speech" under the 5th Amendment (I believe you have blogged about this in the past). Does this argument also apply to passwords, like the cell phone passwords in our example? If the suspect in People v. Villasana had refused to give her cell phone password citing her 5th Amendment rights against self-incrimination, would that have held up?

As to the first issue, I agree with you that even a single message could, depending on what it says, probably be used to get a warrant. Monitoring text messages would, I assume, constitute the interception of electronic messages and so would have to satisfy Title III (I'll check on that, maybe do a post on it).

As to breaking the password protection, I suspected there were ways to do that but, like you, I'd get a warrant if I were a law enforcement officer before I did that. I'm going to check and see if I can find any cases on issues that might be analogous, as to whether breaking in would violate the 4th Amendment (in other words, see if I can find anything more than I found when I wrote this post).

Finally, a magistrate judge in Vermont held that forcing someone to give up their encryption key violated the 5th Amendment under the "act of production" doctrine I wrote about in an earlier post . . . but was then overrruled by the federal district judge who had the case . . . though the district court judge's ruling was substantially based on the fact that the prosecution had in the interim altered the subpoena (in a way I find both nonsensical and irrelevant to the 5th Amendment issue, for what that's worth). So the issue is still out there. I think it's protected by the 5th Amendment.

In a separate opinion in the Doe v. U.S. case (1988-ish), one Supreme Court Justice said someone "cannot be compelled to give up the combination to their wall safe but can be compelled to give up the key to their strongbox." I think the justice was right about the combination and wrong about the strong box because conceptually they're the same thing, as I think I explained in one of my posts on the 5th Amendment and passwords/encryption keys. I keep waiting for the issue to come up again, but people don't seem to be using passwords or encryption all that much.

The vehicle exception is out there because vehicles can be moved and thus, evidence lost.

Doesn’t ECPA’s search warrant/other requirements for communications content moot the question of whether the officer could use the automobile exception to obtain voice mail messages from the cell phone’s provider?

Aside from anything else, if what the officer did (i) violated the 4th Amendment but (ii) didn't violate ECPA, the evidence would have to be suppressed because a federal statute can't trump a constitutional provision.

What if the officer violated the ECPA but not the 4th Amendment? WOuld the evidence be suppressed then?

Depends on what part of ECPA he violated . . . some parts include a suppression remedy, some (like stored data) don't. Suppression is purely a remedy for constitutional violations unless Congress (or a state legislature) makes it the remedy for statutory violations.