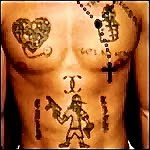 As Wikipedia explains, under the laws of evidence in effect in the United States,

a presumption of a particular fact can be made without the aid of proof in some situations. . . . The invocation of a presumption shifts the burden of proof from one party to the opposing party in a court trial. . . .

This post is about a case in which the prosecution was allowed to rely, at least in part, on a presumption concerning a printout from a “web page . . . found on the Internet.” People v. Beckley, 2010 WL 2293410 (California Court of Appeals 2010).

After being convicted of first degree murder and attempted premeditated murder in violation of California law, Darrell Amont Finn appealed his convictions. People v. Beckley, supra. (Albert Beckley, Jr. was also convicted of these crimes and also appealed, but we’re only concerned with an issue Finn raised on appeal.)

This is how the Court of Appeals summarized the facts in the case:

In late April 2007, the Mahone brothers, Matthew and Jamal, attended a party in Compton where Jamal got into a fight. After the fight, Jamal agreed to meet his opponent for a rematch in Southside Park, a park claimed by the Southside Crips as their territory. . . . The fight lasted about nine minutes. Jamal lost. Afterward, Matthew fought with Beckley and knocked him out. . . .

Approximately two weeks later, while walking home, Matthew saw Beckley and Finn near a liquor store. Beckley called out to Matthew, `Southside Compton Crips.’ Matthew walked away and did not respond. He knew Beckley and Finn only by their gang monikers, `Bluebird’ and `Little Freaky.’

On May 14, 2007, at 7:30 p.m., Matthew and Jamal were outside their residence. . . . A car passed by twice before stopping. . . The brothers spoke with the two female occupants of the car. . . After the women drove off, Matthew [said they should] go inside because he thought they were being set up for a drive-by shooting.

Within minutes, a . . . car similar to the one driven by the woman drove by. Finn was the driver and Beckley . . . was a passenger. Beckley . . . pulled himself partly out of the rear window and fired at Matthew [and] Jamal. . . . Jamal died from a gunshot wound to his chest. . . . Matthew was unharmed.

As evidence that the defendants belonged to the Southside Compton Crips, the prosecution offered a purported roster of the gang's members, including Beckley and Finn, which appeared on a web page that Detective Schoonmaker printed from the Internet. The trial court admitted the evidence over the defendants' objections. Only Finn has pursued the admissibility of the roster on appeal. He argues that the roster was `unauthenticated’ because there was no evidence as to who created it, what it was intended to represent, whether it did in fact represent what it was intended to represent, and whether its creator had any basis in personal knowledge for including the names on the list.

In ruling on Finn’s argument, the Court of Appeals first noted that the “printout is presumed to be an accurate representation of the web page Detective Schoonmaker found on the internet.” People v. Beckley, supra. That presumption arose under California Evidence Code § 1552(a), which provides as follows:

overturned only if the evidence contradicting it is true and if a reasonable person of average intelligence could logically conclude from the evidence that the presumption is no longer valid. For example, a person who has been judicially declared incompetent is presumed incompetent unless there is sufficient proof, usually in the form of medical testimony, that the person has regained competency.

Under the statute, then, the printout was presumed to accurately represent the content of the web page at issue unless and until Finn produced evidence sufficient to rebut that presumption. He does not seem to have done so; maybe he didn’t attempt to do so. It’s important to note, though § 1552, merely creates a presumption that the document is an “accurate copy of what was on the computer screen at the time it was printed. . . . [T]here is nothing in this section allowing a party to avoid the independent authentication requirement.” Kohler v. Kindred Nursing Centers West LLC, 2010 WL 709182 (California Court of Appeals 2010).

Therefore, after it held that the printout was a presumptively accurate representation of the page containing the roster, the Court of Appeals explained that the issue was not

People v. Beckley, supra. The Court of Appeals, then, is pointing out that the real issue is whether the printout had been authenticated; as I’ve explained in earlier posts, to authenticate evidence the proponent of that evidence (the party offering it into evidence) has to produce evidence showing that it is what it purports to be.

The Court of Appeals explained why the prosecution had not authenticated the printout of the purported gang roster:

People v. Beckley, supra. The Court of Appeals also found that the admission of the purported roster was harmless error:

The court's error does not require reversal of Finn's conviction because the information contained on the list was cumulative. There was other evidence of Finn's membership in the gang, including his own admission, only one month before the shooting, made to police when interviewed . . . and the testimony of Detective Valencia that Finn `has been seen and congregated with other members of this particular street gang.’ Evidence also showed he had a body tattoo indicating affiliation with the gang.

I get really sick & tired of prosecutors always pulling this same internet crap, thereby giving the defense something to appeal about!!

It's not like they didn't already have enough evidence. Why not just leave good enough alone? When you start pulling crap like this (that prosecutors always seem to do whenever it has to do with the internet - like just because its on the internet its gotta be true) all you do is create a chance of ruining your case.

Just to make a point, I will obtain a copy of this so-called 'Southside Crips Roster' from the California appellate court and make my own website. I will call it: Guys Who Are NOT Members of the Southside Crips and Who Never Would Do Drive-bys."

There, now I just created some 'evidence' so the next time these gangbangers get hauled into court their defense attorney can whip out a copy of my website, thereby proving that none of these guys are gang members.

Who stupid can you get???

The next time I am in court and someone tries to intoduce into evidence something off of the internet I will ask for a breif recess (on account of stomach craps or whatever). I will then run out to my car and get on my laptop and create my own webpage that has information completely the opposite of what the other guy wants to introduce. Then when I return I will submit my own internet 'evidence' to rebutt their internet 'evidence.'

Heck, with pretrial discovery I can just prepare ahead of time and make a whole slew of internet pages - all saying just the opposite of what my opponent wants to say. So he has one or two internet pahes? I will make dozens!

So then what is the point to Rules of Evidence if someone can just use stuff off of the internet and use it in court? What is to stop the cops from making a website with a picture of Susan Brenner on it saying she killed Jimmy Hoffa? And then using that website as evidence against Ms. Brenner during her murder trial? What is top stop anyone from doing something like this???