More on Blockburger, Possession and Distribution 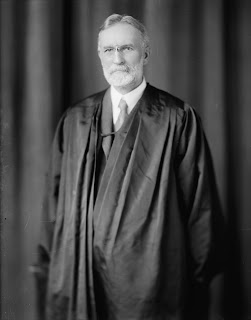 About a year ago, I did a post in which defendants who had separately been convicted of child pornography crimes claimed their convictions violated the U.S. Supreme Court’s decision in Blockburger v. U.S., 284 U.S. 299 (1932). As I noted, in Blockburger the Court addressed Harry Blockburger’s claim that his conviction for selling morphine to the same person – albeit on different days – violated the Constitutional prohibition on double jeopardy.

This post is about a defendant who made a similar argument. I’m doing a post on this case because this court made what I think are some interesting comments about the difference between “possessing” and “distributing” intangible items, versus the tangible drugs that were at issue in the Blockburger case.

Mooney made a direct, `client-to-client’ connection with Faulds' file server, which had 2,751 files available, consisting of 1.22 gigabytes of images and 34 folders. One of the folders labeled `Mar’ contained a six-page listing of images. Mooney knew, from his previous experience, that `Mar’ contained images of child pornography. He downloaded 12 images from the `Mar’ folder and a movie from a folder labeled `Girlvids.’ The `Mar’ images depicted a 6- or 7-year-old girl being sexually abused. The movie showed sexual abuse of an 11- or 12-year-old girl.

The software Mooney was using allowed him to determine the IP address for Wscrypt and the service provider for the account. In response to a subpoena to the service provider, Mooney learned Faulds' name and that he lived in Rankin, Illinois. Mooney, who was stationed in Portland, Oregon, forwarded the results of his investigation to ICE Special Agent Michael Mitchell in Springfield, Illinois.

On August 18, 2006, Mitchell and other law enforcement agents . . . executed a search warrant on the home where Faulds was living with his parents. From his bedroom, they seized computers, CDs, and a DVD that contained Faulds' extensive pornography collection, much of which included child pornography. . . .

In January 2007, a grand jury indicted Faulds with distributing a visual depiction of a minor engaged in sexually explicit conduct on July 16, 2006, in violation of 18 U.S. Code § 2252(a)(2), and possessing material containing a visual depiction of such a minor on August 18, 2006, in violation of 18 U.S. Code § 2252(a)(4). U.S. v. Faulds, supra. Although the district court appointed an attorney to represent Faulds, he insisted on representing himself (bad idea); the district court judge allowed him to do so (but ensured stand-by counsel was available). U.S. v. Faulds, supra.

an error which is . . . `obvious,’ and affects the defendant's substantial rights. . . . An error affecting a defendant's substantial rights is one that affects the outcome of the proceedings. The effect of the plain error rule is that even if a defendant raises a valid legal issue on appeal, the court will rarely grant relief if the issue was not first raised in the district court in compliance with the applicable rules.

U.S. v. Faulds, supra. I’m somewhat tempted to say that this illustrates the perils of going to trial (especially in a federal criminal case) without a lawyer, but I really don’t think the outcome would have been different had the issue been raised earlier.

Since Faulds hadn’t raised the issue earlier, the Court of Appeals wasn’t required to review what the district court had done. It began by noting that under the plain error rule, the party asserting error “`must establish (1) that there was in fact an error; (2) that the error was plain; and (3) that the error’” affected the defendant’s substantial rights. U.S. v. Faulds, supra (quoting U.S. v. Van Allen, 524 F.3d 814 (U.S. Court of Appeals for the 7th Circuit 2008)). The Court of Appeals “conclude[d] that Faulds’ appeal fails at the first step: there was no error, plain or otherwise”. U.S. v. Faulds, supra.

The Court of Appeals explained that while the Double Jeopardy protects a defendant (like O.J.Simpson, say) from being tried twice for the same crime(s), it also bars

multiple punishments for the same offense in a single trial absent legislative intent to the contrary. . . .The test used to determine whether the same act or conduct constitutes one offense or two is the Blockburger test: `where the same act or transaction constitutes a violation of two distinct statutory provisions, the test to be applied to determine whether there are two offenses or only one, is whether each provision requires proof of a fact which the other does not.’ [Blockburger, supra.]

U.S. v. Faulds, supra. Faulds argued that because his convictions were based on possessing and distributing the same material and were, therefore, really only one offense. U.S. v. Faulds, supra. The Court of Appeals did not agree. It first found that Faulds’ argument was not factually accurate:

Because the government did not specify which images Faulds was charged with simply possessing and which he was charged with distributing, Faulds argues that the jury likely convicted him of possessing the same images he was also found to have distributed. And since under the Blockburger test, possession of child pornography is a lesser-included offense of distribution of child pornography, Faulds claims his conviction for both cannot stand.

The obvious defect in Faulds' argument is that the two convictions do not rest on the same set of operative facts.

Count 1 of the indictment charged Faulds with distributing material involving the sexual exploitation of children to Mooney on July 16, 2006, whereas Count 2 was based on [his] possession of such material more than a month later on August 18, 2006. . . . Even assuming the jury convicted Faulds of distribution and possession based solely on the same images (which seems doubtful given the evidence presented), the fact the distribution count was based on events that transpired more than a month before the events giving rise to the possession count is fatal to Faulds' claim that he is being punished twice for the same offense. The crime of distributing the contraband material was complete when Mooney downloaded the twelve images and movie containing child pornography from Faulds' server on July 16. The fact that he continued to possess those and other images thereafter constitutes a separate crime.

U.S. v. Faulds, supra. This part of the ruling is pretty routine, since the Court of Appeals is simply pointing out that, contrary to Faulds’ argument, the two counts were based on factually distinct transactions. It’s the next part of the ruling I found interesting:

Faulds fails to distinguish between contraband in the form of a tangible object, such as a gun or illegal drugs, from child pornography which today almost always consists of intangible images created and transmitted using digital technology. When the contraband is a tangible object, . . . distributing the contraband necessarily means giving up possession, i.e., transferring it to another. Once it is distributed, the contraband is no longer possessed, and its possession prior to distribution is implicit in the distribution itself. The same is not true, however, with respect to distribution of digital depictions of minors being sexually exploited. The transmission of such material . . . is in effect the transmission of a copy, allowing the owner to retain the original on his own computer. Thus, Faulds could continue to possess the digital images on his own computer even after he had distributed identical images to Mooney, leaving him free to view it himself or distribute it to others. Faulds' continued possession of the material after his distribution of a series of images to Mooney therefore constitutes a separate and distinct crime.

U.S. v. Faulds, supra. The Court of Appeals seems to have taken this part of the ruling from comments the prosecution made in its appellate brief:

(And if you’re wondering who the fellow in the photo is, it’s Justice George Sutherland, who wrote the Blockburger opinion.)

"Mooney made a direct, `client-to-client’ connection with Faulds' file server, which had 2,751 files available, consisting of 1.22 gigabytes of images and 34 folders... He downloaded 12 images..."

I guess it would be like if I left a huge bag of cocaine on my front step. If someone decides to walk up and get some, how am I distributing it? The stuff is just sitting there.