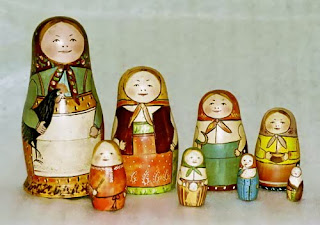 This post is about a case the Indiana Court of Appeals decided last year. I’m doing a post on the case because as far as I can tell, the precise issue it addresses hasn’t come up before. I’m also not sure if the Court of Appeals’ decision is correct, or not.

Darby Hape “was convicted by a jury of Class A felony possession of methamphetamine with the intent to deliver and Class D felony resisting law enforcement and found to be a habitual offender.” Hape v. State, 903 N.E.2d 977 (Indiana Court of Appeals 2009). After Hape was sentenced to “an aggregate eighty-year term” in prison, he appealed; most of the issue he raised on appeal dealt with the “accidental exposure” of certain text messages to the jury. Hape v. State, supra.

Very briefly, here are the facts that led to Hape’s convictions:

Hape was wanted . . . on several outstanding warrants [when] police received a tip that Hape planned to pick up his girlfriend from an apartment. . . Officers . . . saw Hape enter the apartment complex. . . . When Hape tried to exit the complex . . . police blocked the road. . . .Eventually officers . . . apprehend[ed] him. . . .

After removing Hape from his truck, the officers searched him and recovered a black container from his pocket. Inside . . . were two bags containing . . . methamphetamine. . . . Officers recovered another bag . . . containing methamphetamine from Hape's pocket. . . . Also recovered during the search of Hape and his vehicle were $636 in cash, two cellular telephones, and a box of plastic bags. . . .

Hape v. State, supra. They also found a lot of other evidence, but we’re only concerned with the cell phones . . . actually, only one of the cell phones.

I don’t know why, but both of the cell phones seized from Hape when he arrested were introduced into evidence at this trial. Hape v. State, supra.

After trial, Hape learned that, during the jury's deliberations, jurors were able to turn on one of the cellular telephones taken from him during the search incident to his arrest. Text messages were saved on this telephone, including the following text message from `Brett’:

Hey man do you think that you can do something 4 one of what I gave you the other night. I could care less about ours right now but my other dude keeps asking & I don't even have the funds to pay him back guess I will freakin tell him to get it off the water tower.

his motion to poll the jury about the effect the text messages had upon the verdict, and he contends that he suffered fundamental error when the jury, during deliberations, discovered the text messages. He alleges that the accidental introduction of the text messages violated the Confrontation Clause . . . and the requirement that evidence be properly authenticated before admission.

We’ll start with the trial court’s denying his motion to poll the jury. As the Free Dictionary explains, polling the jury is a “practice whereby the jurors are asked individually whether they assented, and still assent, to the verdict.” Hape argued that he “should have been permitted to inquire into the validity of the jury's verdict by asking members of the jury about the prejudicial effect of the discovery of the saved text messages in his cellular telephone.” Hape v. State, supra.

In ruling on this argument, the Court of Appeals noted that Indiana Rule of Evidence 606(b) governs inquiries into the validity of a verdict, i.e., polling a jury. Hape v. State, supra. Rule 606(b), which you can find here, essentially says that (i) jurors can’t testify about “any matter or statement” that occurred during the jury’s deliberations but (ii) can testify as to “whether extraneous prejudicial information was improperly brought to the jury’s attention.” As the Court of Appeals explained, this means that a defendant who seeks to impeach (challenge) a verdict has to prove that “extrinsic or extraneous” prejudicial information was brought into a jury’s deliberations. Hape v. State, supra. If the defendant does that, the prosecution has to show that the evidence was harmless, i.e., didn’t affect the verdict. Hape v. State, supra.

The Court of Appeals held that Hape’s first argument failed because “the text messages are intrinsic to the cellular telephone. The jury discovered the text messages . . . by turning on a cellular telephone that was admitted into evidence.” Hape v. State, supra. It distinguished what this jury did from a jury that conducts its own experiments (which, as I’ve explained before, constitutes juror misconduct):

[T]urning on the telephone did not constitute an extrajudicial experiment that impermissibly exposed the jury to extraneous information. First, the text messages . . .are not extraneous to the cellular telephone. We agree with the State that text messages are intrinsic to the cellular telephones in which they are stored. “Intrinsic,” as defined by Black's Law Dictionary, means `[b]elonging to a thing by its very nature; not dependent on external circumstances; inherent; essential.’. . . . We conclude the text messages at issue here are part and parcel of the cellular telephone in which they were stored, just as pages in a book belong to the book by their very nature, and thus they are intrinsic to the telephone. . . . Further, we decline to characterize the simple act of turning on a cellular telephone as an experiment that might yield extraneous information. Turning on a device that is made to be turned on constitutes a permissible examination of the evidence before the jury. . . .The trial court did not abuse its discretion in denying Hape's motion to poll the jury.

Hape’s next argument was that the introduction of the text messages violated the Sixth Amendment’s Confrontation Clause. As Wikipedia explains, the Clause states that “in all criminal prosecutions, the accused shall enjoy the right . . . to be confronted with the witnesses against him.” Basically, the Confrontation Clause is based on the premise that an accused should be able to challenge the veracity of witnesses against her by subjecting them to cross-examination.

Here, Hape is saying the messages were, in effect, “testimony” by adverse witnesses whom he wasn’t allowed to confront. In ruling on this argument, the Court of Appeals noted that because “no objection was raised to the trial court regarding the introduction of the . . . text messages”, it would review Hape’s argument “only for fundamental error.” Hape v. State, supra. (I’m not sure how he was supposed to object since he didn’t find out about the messages until after the trial was over.) Fundamental error involves “`a clearly blatant violation of basic and elementary principles” that “is so prejudicial to the rights of the defendant as to make a fair trial impossible.’” Hape v. State, supra (quoting Jewell v. State, 887 N.E.2d 939 (Indiana Supreme Court 2008)).

After noting that admitting statements by someone who didn’t testify at trial violates the Confrontation Clause only if the statements were “testimonial” and the defendant “lacked a prior opportunity” to cross-examine the person, the Court of Appeals held that the text messages weren’t testimonial:

[Hape] claims that, because police officers seized Hape's cellular telephones in preparation for criminal proceedings, the text messages saved on one telephone are testimonial. The relevant question . . . is the purpose for which the statements were made. There is no reason to believe the statements about which Hape complains were made by `Brett’ with any intention that they be used in future legal proceedings. Further, the person to whom the statements were made was Hape, and he did not collect them for the purposes of any future legal utility. The Confrontation Clause does not act to bar these text messages because they are not testimonial.

Finally, Hape argued that the text messages weren’t properly authenticated. Hape v. State, supra. As I’ve noted in prior posts, authenticating evidence means that the party introducing the evidence shows that it is what it is claimed to be. Here, the Court of Appeals found that the cell phones themselves were properly authenticated because before they were admitted an officer testified about the seizure of the phones and how they were “cataloged and tracked” from the time they were seized until they were introduced in court. Hape v. State, supra.

As the messages themselves, the Court of Appeals concluded that “the writings or recordings generated and saved inside of a cellular telephone” are subject to the same authentication requirements as other evidence. Hape v. State, supra. The court also found that the text messages should have been authenticated because they went to an issue different from that the cell phones themselves established:

[H]ad the State intentionally offered the text messages into evidence, the purpose for doing so would have been for an evidentiary purpose different than that of the cellular telephones. The telephones were offered into evidence for the purpose of showing that Hape possessed them. The purpose of offering the text messages would have been to show that Hape communicated with certain individuals or to reveal the content of his communications.

[T]here is not a substantial possibility that the text messages prejudiced the verdict. . . . The evidence against Hape . . . was compelling. Trooper Gadberry. . . testified . . . that Hape possessed approximately thirty-three doses of methamphetamine at the time of his arrest. . . . Further, Hape had a large amount of cash in his possession and two cellular telephones. The amount of methamphetamine and its packaging provided ample evidence that Hape possessed methamphetamine with the intent to deliver. Thus, in the context of the entirety of the evidence before the jury, the accidental introduction of the text messages to the jury was harmless. . . . [and] does not require reversal.

In the “for what it’s worth” category, I don’t have a problem with the rulings on the authentication issue, but I’m not at all sure I agree with the court’s rulings on the first two issues. I’m especially dubious about the ruling on the first issue: Does this mean that if a cell phone goes to a jury to be considered for one purpose (e.g., the defendant was carrying a cell phone), anything in the cell phone (e.g., text-messages, photos, etc.) is also being introduced into evidence? You could probably avoid this problem by removing the phone’s battery or otherwise disabling it before sending it to the jury . . . but what happens if they’re allowed to look at some of the things on the phone but not the rest of its contents?

Posted by Susan Brenner at 7:46 AM

So what I am thinking is that when a cell phone is admitted into evidence for whatever purpose, then the opposing attorney needs to argue for or against the admissibility of EVERY SINGLE PIECE OF INFORMATION ON THAT CELL PHONE. Each text. Each picture. Each phone number record. Every little bit of information.

Can you imagine how ridiculously long a trial will then be? And how about the fees for the necessary electronic experts? text messages, just like phone numbers, can be spoofed. So what is to stop a cop from spoofing a text message in order to make a guy look guilty? Far-fetched, you say? How many times have we heard of cops messing with the evidence just to get a conviction? Electronic evidence is no different then 'regular' evidence.

Too bad the guy was caught red-handed with all those drugs. Otherwise this might have made an interesting appeal issue.