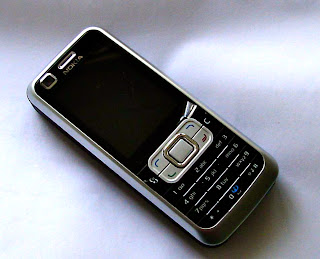 As I’ve explained in earlier posts, the vehicle exception is one of the exceptions to the 4th Amendment’s default rule requiring that officers obtain a search (and seizure) warrant before they search a place or a thing. As Wikipedia notes, the vehicle exception lets an officer “search a vehicle without a warrant as long as he or she has probable cause to believe that evidence or contraband is located in the vehicle.”

(If you’re wondering what the difference is between evidence and contraband, it’s this: contraband is something that is illegal in and of itself, like child pornography or heroin. It’s illegal to possess (or distribute or produce) contraband, so an officer can seize it as soon as he/she realizes it’s contraband. Evidence is, as Black’s Law Dictionary notes, “[s]omething (including testimony, documents, and tangible objects) that tends to prove or disprove the existence of an alleged fact” at issue in a criminal prosecution or a civil proceeding. Black’s Law Dictionary, “evidence (8th ed. 2004)).

The issue arose in People v. Chho, 2010 WL 1952659 (California Court of Appeals 2010). After pleading no contest to one count of possessing marijuana for sale, Sakhon Chho appealed his conviction, arguing that the trial court erred in denying his motion to suppress “evidence police had obtained as a result of an officer viewing text messages” on Chho’s cell phone. People v. Chho, supra. This is how that issue arose:

On September 28, 2008, at just before 5:00 in the evening, San Jose Police Officer Jason Cook, accompanied in his patrol car by his field training officer, saw a car making a right turn onto Bascom Avenue in San Jose. The car was missing its front license plate, a violation of California Vehicle Code section 5200, subdivision (a). Cook directed the car to stop using his lights and sirens and the driver complied by pulling over into a parking lot. The driver, later identified as [Chho], was alone . . . and gave the officer his driver's license and registration.

Cook asked [Chho] if he . . . `there was anything in the car [the officer] needed to worry about,’ `like drugs or weapons.’ [Chho] immediately offered that he had `a little bit of marijuana under the seat’ and began to reach for it, saying `Do you want me to get it out for you?’ Cook responded by saying, `No, that's okay.’ `If you don't mind, I'll get it’ or something to that effect. [Chho] . . . said, `Okay.’ He also said he had `a cannabis card.’

Cook asked [Chho] to get out of the car and [Chho] complied. The officer conducted `a quick outer frisk [of his person] for weapons’ and found nothing. The officer directed [Chho] to sit on the curb and Cook's field training officer stood next to him. Cook asked [Chho] if he could search the car and recover `what was under his seat’ and [Chho] replied, `Yeah, go ahead.’ Cook first looked under the driver's seat, finding a six or eight inch `cylinder-type container’ with a `green-leafy substance’ inside the officer recognized as marijuana. The officer also noticed a cell phone in the front area of the car near the driver's seat or in the center console, which was repeatedly ringing. The phone had been in [Chho]'s hand and he put it down inside the car when he got out. . . . Cook left the phone where it was. . . .

Cook asked [Chho] if he could search the trunk. . . . [Chho] . . . `kind of rolled his eyes’ and slouched his shoulders, but said, `Yeah.’ The officer opened the trunk and immediately saw a container resembling the one under the seat. Without touching the container, Cook asked [Chho] what was inside and he responded, `More marijuana.’ The officer opened the container and found about five times more marijuana than was in the other container, bringing the total to 171.6 grams (6.05 ounces).

While Cook was looking in the trunk, [the] cell phone was still ringing continuously inside the car. After finding the marijuana in the trunk, the officer grabbed the cell phone from the car, opened it, and read two text messages. According to the officer, based on his training experience, the continuous ringing of [Chho]'s cell phone during the stop, coupled with the officer's discovery of . . . more than six ounces of marijuana in the trunk, led him to suspect [Chho] may be engaged in drug dealing or other illegal activity. Because of this suspicion, and for investigatory purposes, he . . . read the two incoming text messages. The first one said, `A homie its me lil locs from Sequoia Glen Apts. I need an eighth if u can. Hit me up.’ The second said, `A bro, I'm still tryin to get that so hit me up when u r back this way.’ The officer did not notice how old the messages were and he did not know how long the phone would retain them. There is no evidence that he searched the phone further by viewing or retrieving any other incoming or outgoing messages.

People v. Chho, supra. In a footnote, the Court of Appeals explained that when Officer Cook testified at the hearing on the motion to suppress, he could not remember if the “messages immediately appeared on the phone's screen when he opened it” or if he had “ to manipulate the phone in some way” in order to see them. People v. Chho, supra. The court also noted there was “no evidence that the messages could only be viewed by using a password or other privacy protection mechanism.” People v. Chho, supra.

Chho claimed Cook’s search of his cell phone violated the 4th Amendment because he had not consented to a search of the phone (which seems to have been true) and because the search was not valid under the vehicle exception. The trial judge denied the motion to suppress because he found that the search was a valid search under the vehicle exception, since Officer Cook had probable cause to believe “that the cell phone contained evidence of drug sales.” People v. Chho, supra. As Wikipedia points out, and as I’ve noted in earlier posts on the vehicle exception, all an officer needs to conduct a valid search under this exception is (i) a vehicle and (ii) probable cause to believe evidence of a crime will be found in the vehicle. The fact the search targets a vehicle creates circumstances which the Supreme Court has held make it reasonable for an officer to proceed without getting a warrant.

On appeal, Chho reiterated his claim that the search of his cell phone violated his

Fourth Amendment rights. The thrust of his challenge is the theory that modern cell phones are like computers and they are therefore afforded the same elevated privacy protections. He further contends that because of the commonplace use of cell phones by much of the population, that his cell phone continuously rang during the traffic stop could not have any tendency in reason to suggest that he was engaged in drug dealing.

People v. Chho, supra. He lost. The Court of Appeals held that the search was

constitutionally permissible under the automobile exception. This . . . conclusion follows from the determination that . . . the officer had probable cause to open the phone and view the text messages. It is without dispute that Chho gave his consent for Cook to search under the seat and in the trunk, where he found a total quantity of marijuana that reasonably suggested to the officer it was possessed for sale rather than personal use. There is no dispute that during the course of the stop, the cell phone was continuously ringing. This degree of phone activity in the context of a traffic stop during which a quantity of drugs for sale have been permissibly found in the car was enough to reasonably establish probable cause. . . .

People v. Chho, supra. The court rejected Chho’s claim that Cook didn’t have probable cause to believe evidence of a crime would be found in the phone because “cell phones are in many ways like mini computers that store loads of information and `. . . practically everyone has a cell phone’ and many people make calls around 5:00 p.m. that are perfectly innocent.” People v. Chho, supra.

[I]t does not follow from the pervasive use of cell phones by the general population in the early hours of the evening that Officer Cook did not have a reasonable belief that [Chho’s] cell phone contained evidence of illegal activity when he opened it and viewed the incriminating text messages. [Chho]t forgets . . . that when the officer did so, he had just discovered over six ounces of marijuana in the car. . . . The officer testified that the presence of that quantity of marijuana coupled with the continuous ringing of the phone throughout the stop led to his belief that defendant was engaged in drug sales or other illegal activity. . . . Based on the totality of the circumstances, these facts . . . reasonably established the probability of criminal activity -- regardless of the technology involved in modern cell phones and the pervasiveness with which the society at large currently engages in innocent cell-phone use -- and permitted the search of the car and all of its contents under the automobile exception.

People v. Chho, supra (emphasis in the original). As Wikipedia explains and as I’ve noted in earlier posts on the vehicle exception, it not only lets an officer who has probable cause to believe there is evidence of a crime or contraband in a vehicle search the vehicle itself, e.g., the trunk and/or passenger compartment, it also lets the officer search any containers in the vehicle. This court, then, is implicitly treating a cell phone as a “container” – not as one as could contain contraband like marijuana, but a container that could hold evidence of the crime of drug dealing.

I’m going to do a follow-up post on the issue this court didn’t address: whether it would have mattered if, as the court said, the cell phone had been secured by “a password or other privacy protection mechanism.”

One issue that is not articulated is that the cell phone in this situation, could be considered an instrumentality of the crime of possession for sale of narcotics.

As an instrumentality of the crime, it is an evidentiary item subject to search and seizure.

“[s]omething (including testimony, documents, and tangible objects) that tends to prove or disprove the existence of an alleged fact” at issue in a criminal prosecution or a civil proceeding. Black’s Law Dictionary, “evidence ..


Evidence exists only if there is an existing "criminal prosecution or a civil proceeding"?
Evidence can not exist without an existing trial to link it with?
This is determined at a specific point in time, not some future possibility?

You're right -- by adding "at issue in. . . "I inadvertently implied that there HAS to be a proceeding for something to be evidence, which isn't accurate I should have said something like "that is or potentially came become an issue in a civil or criminal proceeding".

Most of the time, when an officer encounters what he/she thinks is or might become evidence, no criminal proceeding yet exists (sometimes it may, but usually the discovery of evidence leads to the commencement of a criminal proceeding).

So, short version: Yes, "evidence" can exist even when there is no civil or criminal proceeding to link it to. For search and seizure purposes, it only need be evidence that it at least has the potential to become evidence in such a proceeding.