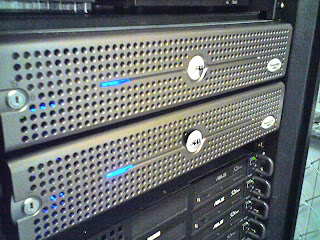 This post is about a case that brings together three principles – constructive possession, the 5th Amendment privilege against self-incrimination, and a grand jury’s subpoenaing computer evidence – I’ve mentioned in earlier posts.

Before we get into the principles and how they apply/don’t apply here, I need to outline the facts and issue in the case.

Since approximately 2001, [John] Doe and James Roe [aliases] have operated a group of companies, including ABC. The present grand jury investigation involves whether Roe paid income taxes on all of his business income, including income he may have received indirectly from Doe.


Jane Jones [was] an ABC employee . . . from April 2003 through February 2009. . . . [S]he worked as Doe's executive assistant, where her duties included paying his personal bills and managing other private financial matters for him. Doe was the co-owner of ABC and Executive Vice President. . . . [A]t Doe's request, Jones created and maintained personal non-ABC documents cataloging non-ABC income and expenses Doe had paid Roe. Although Doe asked her to keep this list on a sheet of paper, Jones maintained it on a spreadsheet, which she labeled `Jane running total.’ She stored this document on her company computer at ABC and in her private, password-protected folder on the computer server used by ABC . . . Jones informed Doe that she kept the tally on her desk top computer. As a result, no one at ABC but Jones and an IT administrator had access to the document. . . .

The `running total’ documents remain in Jones' web folder on the network server formerly used by ABC, which has been in the possession of QRS since approximately March 2009, when ABC vacated its offices and ceased operations. When ABC vacated its business in March 2009, the file server was transferred directly to QRS. . . .

In re Grand Jury Subpoena, supra. On May 12, 2009, federal agents served a grand jury subpoena on ABC which, in part, called for ABC to produce the following:

Doe and ABC argued that the documents were “the property not of ABC, the target of the subpoena, but of Doe”, who argued that “as his property,” they were “protected from disclosure” by the 5th Amendment privilege. In re Grand Jury Subpoena, supra. I’ve done several posts about people who were served with a grand jury subpoena that required them to produce evidence and responded by trying to invoke the privilege against self-incrimination. As I explained in those posts, a principle known as the “act of production” doctrine can let someone take the 5th Amendment privilege and refuse to produce documents or other evidence if the act of producing them is “testimonial,” i.e., if it tells the government something it doesn’t know. (For more on that, see this post.)

In the cases I’ve written about and in the vast majority of cases in which someone tries to invoke the 5th Amendment privilege as the basis for refusing to produce evidence to a grand jury, the person claiming the privilege has the evidence. Here, though, Doe didn’t have the documents at issue; they were on the server ABC Transferred to QRS. So unlike the people I’ve written about before, Doe isn’t trying to avoid his having to produce the evidence, he’s trying to prevent the court from making ABC produce it (or whatever of it ABC still has).

As I’ve explained before, to be able to claim the 5th Amendment privilege, you must be “compelled” to give “testimony” that “incriminates” you. The act of production doctrine is used to establish that the act of handing over physical evidence constitutes testimony, and those who invoke the doctrine are usually able to show that their production of the evidence would incriminate them. And since they’ve been served with a subpoena that orders them to produce the evidence or be locked up for contempt until they comply, they clearly are being “compelled” to produce the evidence (unless they can prevail on their 5th Amendment argument).

starting point for the analysis is Couch v. U.S., 409 U.S. 322 (1973), which addressed the question whether a taxpayer may invoke the Fifth Amendment privilege against self-incrimination to prevent the compulsory production of her business and tax records in the possession of her accountant. Rejecting the claim of privilege, the Supreme Court held the `ingredient of personal compulsion’ against the accused was lacking because the order was directed at the accountant, who was the `only one compelled to do anything.’

In re Grand Jury Subpoena, supra. In a later passage from the opinion, the Court said

The judge who ruled on Doe’s argument noted, first, that since the Couch decision was handed down courts have “taken a narrow view of constructive possession” (at least in 5th Amendment privilege cases). In re Grand Jury Subpoena, supra. She then found that Doe did not, in fact, have constructive possession of the documents at issue:

The government argues that Doe has not retained constructive possession of the running tally sheet because the personal assistant who created and maintained the running tally sheet for him stored it in her own, personal electronic folder on the company's computer network. Doe had no role in the day-to-day management or use of this document, and he himself could not access it while it was stored in Jones' personal folder, to which only she had the password. At the time the subpoena was served in May 2009, there is no evidence Doe had retained any access to the document, which apparently was in the possession and control of QRS and/or ABC. While Doe may have been working at QRS, the tally remained in Jones' web folder on the computer server, secured by a password that Doe did not have, months after Jones had ceased working as Doe's assistant and for ABC altogether. Because Doe has relinquished substantial control over the tally sheet and is in no sense compelled to produce the documents, he did not have constructive possession of it at the time the subpoena was served.

In re Grand Jury Subpoena, supra. The judge then addressed Doe’s back up argument, which was, as she said, a content-based 5th Amendment argument: Doe claimed that because the content of the documents at issue would (at least potentially) implicate him in criminal activity, he should be allowed to take the 5th Amendment and refuse to provide the “testimony” contained in those documents. In re Grand Jury Subpoena, supra. The content of documents is, as the Supreme Court has noted, testimony, and since Doe was focusing on the content as testimony, rather than on the act of producing the documents as testimony, he was a little closer to making a viable 5th Amendment argument. The problem he – like all the others who have tried to invoke the 5th Amendment privilege based on the contents of documents that were created at some point in the past – faced was the need for the testimony to be “compelled.”

As the judge noted, the Supreme Court has held that since you voluntarily created documents that already exist (like the records at issue here), the testimony those documents contain was not “compelled,” which means you can’t use the 5th Amendment privilege as the basis for keeping them from the government. In U.S. v. Doe, 465 U.S. 605 (1984), for example, the Supreme Court noted that the 5th Amendment “protects the person asserting the privilege only from compelled self-incrimination. . . . Where the preparation of business records is voluntary, no compulsion is present.” (emphasis in the original). The Supreme Court has therefore held that unless a subpoena requires the subpoena recipient to “restate, repeat, or affirm the truth of the contents of the documents sought”, no compulsion is involved and the 5th Amendment is consequently not available to the person attempting to invoke it.

In other words, Doe lost.