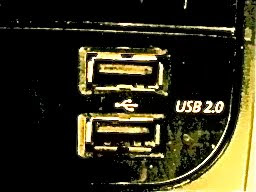 I’ve done a couple of posts that dealt with 4th Amendment issues and thumb drives. This post is about a case in which the issue was whether the defendant had a 4th Amendment expectation of privacy in a thumb drive.

That brings us to U.S. v. Durdley, 2010 WL 916107 (U.S. District Court for the Northern District of Florida 2010). After being charged with possession and distribution of child pornography in violation of federal law, Octavius Durdley moved to suppress evidence found on a thumb drive belonging to him. Here is how the case arose:

[Durdley] was . . . a paramedic with Bradford County Emergency Services (`BCES’). . . . BCES utilizes . . . Medic Stations, which serve, as temporary housing, living quarters, and work stations for BCES employees. . . . During his shift, Durdley utilized a computer located at a medic station. The computer is owned by BCES, located in a common area, and is available for use by the entire BCES workforce of approximately 35 employees. At the end of his shift, Durdley left the workstation, leaving behind a removable storage device (thumb drive) inserted into one of the computer's USB ports.

Johnson . . . opened several files in the root directory and then opened the folders. Eventually, he opened several files . . .that appeared to contain . . . child pornography. . . . Johnson contacted his supervisor, [who] contacted Sheriff Smith, who directed one his deputies, Raymond Shuford, to retrieve and examine the thumb drive.

On the same day, Mueller [interviewed] Durdley . . . [who admitted owning] the thumb drive, [and said he] used [it] for storing information used for his employment. Durdley [said] he downloaded pornography . . . using the file sharing software `Limewire’ on his personal computer at his residence. . . Mueller arrested Durdley and charged him with possession of child pornography in violation of Florida law.

Durdley’s primary argument was that the “warrantless search of the thumb drive violated the Fourth Amendment” which meant (i) that the “evidence gained thereby should not have been” used to get a search warrant and (ii) that the warrant was therefore invalid. U.S. v. Durdley, supra. The federal judge who has the case began his analysis of this argument by considering whether Durdley had a reasonable expectation of privacy in the thumb drive at the time Johnson looked through its contents. U.S. v. Durdley, supra.

Like Durdley, King claimed he had a reasonable expectation of privacy in the hard drive because he used security settings he thought prevented others from accessing it. U.S. v. Durdley, supra. The 11th Circuit found that King inadvertently failed to ensure that the network settings on his computer were set to “`Not Shared;” rather than “`Shared.’” U.S. v. King, supra. The 11th Circuit then explained that this meant King’s files were shared over the

entire base network, and everyone on the network had access to all of his files. . . . [R]ather than analyzing the military official's actions as a search of King's personal computer in his private dorm room, it is more accurate to say the authorities conducted a search of the military network, and King's computer files were a part of that network. . . . . [M]ilitary authorities encountered the files without . . . intruding into any area which King could reasonably expect would remain private. The contents of his computer's hard drive were akin to items stored in the unsecured common areas of a multi-unit apartment building or put in a dumpster accessible to the public.

The Durdley judge reached essentially the same conclusion in this case:

Durdley inadvertently shared his files with all the users of the public computer. Durdley's files were exposed to anyone who sat down at the computer station who used the traditional means for opening and viewing files. . . . Johnson encountered the files without employing any special means or intruding into any area which Durdley could reasonably expect to remain private once he left the drive attached to the common-use computer. . . . Durdley had no more reasonable expectation of privacy in the contents of the thumb drive once he attached it to the common-use computer than the defendant in King did in his drive once he attached it to the airbase network.

The judge also addressed the other issue Durdley raised, which was that when Johnson looked through his files he (Johnson) was acting as an agent of the state, i.e., as a law enforcement officer. U.S. v. Durdley, supra. As I’ve explained in earlier posts, the 4th Amendment only applies to state action, i.e., conduct by a government agent acting as a government agent. As I’ve also noted, the 4th Amendment doesn’t come into play if a private citizen searches your car or your hard drive or anything else, finds evidence and takes it to the police. You’re out of luck, though you can maybe sue the person for trespass, etc.

Durdley argued that because Johnson “was a government agent and was [Durdley’s] supervisor, any search done by him should be considered a search by government law enforcement.” U.S. v. Durdley, supra. The judge didn’t agree:

Johnson was clearly acting . . . as an employer. The mere fact he was employed by a government agency does not turn him into a part of the `law enforcement arm of the state.’ Johnson's testimony at the [suppression] hearing established that he was using the computer for work purposes. . . . Employers like BCES possess a legitimate interest in the efficient operation of the workplace and . . . Johnson was performing a search of his workstation in a supervisory capacity and was in no way searching for evidence to be used in criminal proceedings. Thus, his actions in reviewing the contents of a thumb drive attached to a common-use computer are not actions that trigger the Fourth Amendment.

(And if you’re wondering, the judge also found that “the subsequent review of the hard drive by police detectives did not exceed the scope of the private review conducted by” Johnson. U.S. v. Durdley, supra. In U.S. v. Jacobsen, 466 U.S. 109 (1980), the U.S. Supreme held, essentially, that if law enforcement officers only look at what a private citizen has already seen, there is no violation of the 4th Amendment. The Court said that since the officers could use the private person’s testimony about what he saw, letting the officers look for themselves doesn’t further violate the person’s privacy, as long as they don’t look at more than the private person did. Here, the judge found that “since the police reviews of the thumb drive did not exceed Mr. Johnson’s”, there was no violation of the 4th Amendment. U.S. v. Durdley, supra.)