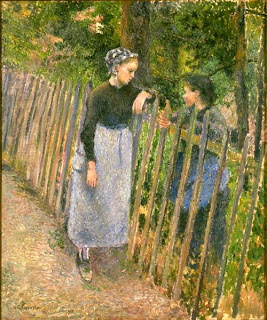 This post is about a case in which a defendant who'd been convicted of a crime argued, on appeal, that the trial court “erred by not excluding” a “Yahoo! chat dialogue . . . because it was a confidential communication.” People v. Karampal Singh Nakal, 2010 WL 1254836 (California Court of Appeals 2010).

According to the California Court of Appeals, this is how the case arose:

Coleen is a member of Perverted Justice, and was 35 years old at the time of [Nakal’s] trial. Perverted Justice members create internet profiles of 12- or 13-year-old children, and use those profiles in internet chat rooms to find adults that solicit children online. In other words, members of Perverted Justice are adults who act as though they are 12- or 13-year-old children, while chatting online with adults who believe that the Perverted Justice member is a child. On January 3, 2006, Coleen entered a regional chat room for California. Coleen was chatting from her computer in Michigan. Coleen used the screen name dark_dana_666. While in the chat room, Coleen was contacted by [Nakal], who used the screen name gavy_nakai.

While chatting, Coleen wrote to [Nakal] that she was a 12-year-old female in Riverside, California. [He] wrote to Coleen that he was a 20-year-old male in Rancho Cucamonga, California. [Nakal] asked Coleen if she had a boyfriend and Coleen responded that she did not, but that she previously had a boyfriend. [Nakal] asked Coleen if she had a camera or a picture of herself. Coleen wrote that she did not have a camera. [He] then asked Coleen to tell him what she and her ex-boyfriend did together. . .

Nakal specifically argued that “Coleen recorded his private online chats without any warning to” him and that the evidence should have been suppressed “because California law requires that both parties consent to a communication being recorded, and [he] did not consent to the chat dialogue being recorded.” People v. Nakal, supra. The law Nakal was referring to is California Penal Code § 632 (a), which provides as follows:

Every person who, intentionally and without the consent of all parties to a confidential communication, by means of any electronic amplifying or recording device, eavesdrops upon or records the confidential communication, whether the communication is carried on among the parties in the presence of one another or by means of a telegraph, telephone, or other device, except a radio, shall be punished by a fine not exceeding two thousand five hundred dollars ($2,500), or imprisonment in the county jail not exceeding one year, or in the state prison, or by both that fine and imprisonment. . . .

it was objectively reasonable to believe that the Yahoo! chat dialogues were confidential communications given the `intimate/sexual nature of the chat logs.’ Further, [Nakal] asserted that chat logs are different than e-mails or text messages because when the chat participants close the chat windows then `the information or data is lost, unlike an e-mail or text message which can be saved and viewed years later.

People v. Nakal, supra. Nakal had raised this issue prior to trial in his motion to suppress the chat evidence.

On May 30, 2008, at the hearing on the motion to suppress, the prosecutor read a portion of the Yahoo! chat privacy policy into the record:

If ‘[w]e believe it is necessary to share information in order to investigate, prevent, or take action regarding illegal activities . . .or otherwise required by law.’ Further, the prosecutor said, `[T]here is an area that talks about, “Is Yahoo! messenger even private?”’ There's seven or eight paragraphs that state it is not. It specifically states that `”‘Messenger is intended to allow you to engage in private conversations, however, it's not guaranteed that your conversation will never be available to others.”’ It states that `“As with any conversation, the person you correspond with might share the content of your conversation with others. Outside parties might intercept the conversation[ ] as it crosses the internet.”’ It also states that `“Yahoo! Messenger allows you to archive, print, and save messages so you can retain your instant mess[enger] communications.”’ [¶] It states . . . “‘Please be aware that even if you choose not to save your messages, those with whom you have conversations might choose to do so.’“ Based upon the foregoing Yahoo! privacy policy, the prosecutor argued that defendant consented to the chat logs being recorded.

People v. Nakal, supra. In a

In a separate alternative argument, the prosecutor reiterated that [Nakal] did not have an objectively reasonable expectation of privacy when participating in the Yahoo! chat. The prosecutor argued that a message sent in a recorded format, i.e., writing, belies any claim of expected privacy.

[Nakal] argued that while it is possible to retain Yahoo! chat dialogues, a reasonable person would not anticipate someone actually saving a chat dialogue, and therefore, it was reasonable for defendant to expect that the chat dialogue would be kept private.

that a communication sent via the internet was `completely dissimilar to a phone call.’ The court concluded that the private communication protected by section 632 was likely intended to be the type of communication that occurs over a telephone. The court noted that a telephone conversation ceases to exist when the conversation ends, unless the conversation is recorded; however, internet communications, such as e-mails and instant messages, are sent via a recorded format, i.e., writing. The trial court concluded that `no person with knowledge or awareness of the technology as it pertains to [the] use of email and text messaging . . . could have any possible expectation of privacy. . . . ‘

Next, the trial court explained that a person chatting over the internet with a stranger would have no means of verifying the true identity of the person with whom he is chatting . . . and therefore, `it would be illogical for anyone to assume [an internet chat dialogue] is a private communication that is entitled to . . . privacy in any capacity.’ The court found it was `entirely unrealistic and irrational to believe’ that a stranger on the internet would hold a communication in confidence. Consequently, the trial court concluded that defendant did not have a reasonable expectation of privacy when participating in the Yahoo! chat dialogues.

In ruling on Nakal’s argument that the trial court erred, the Court of Appeals found, first, that (i) there was “no dispute that Colleen willfully retained the Yahoo! chat dialogues”, (ii) no evidence showed Nakal consented to her doing so and (iii) § 632 applied to the communications at issue. People v. Nakal, supra. The Court then addressed Nakal’s argument that the chats were confidential communications:

[Nakal] expressed a desire for the Yahoo! chat dialogue to be confined to himself and dark_dana_666. Specifically, [he] wrote that he was afraid of dark_dana_666's mother discovering their communications, and `[p]eople . . . call[ing him a] child abuser.’ Consequently, we conclude that the circumstances reasonably indicated that [he] desired the communication to be confidential.

"The prosecutor argued that a message sent in a recorded format, i.e., writing, belies any claim of expected privacy."

Can you elaborate on this? I *hope* the prosecutor does not seriously consider all written communication to be of a non-private nature.

Since the 4th Amendment is the constitutional provision that protects privacy, I'm going to analyze the prosecutor's argument, and the implications of that argument under the 4th Amendment, only. It may be possible to raise other privacy claims under federal statutes, but I'm not going to address them in this comment (i) because it would take too long and (ii) because they are only statutes and, as such, far more fragile than the protections of the 4th Amendment.

As 4th Amendment law now stands, the privacy of written communication falls into 1 of 4 categories:

(1) written but not shared with anyone, i.e., a diary): This is private under the 4th Amendment which means police have to get a search warrant to seize the diary and read its contents.

(ii) written communication you've shared with someone, i.e., a letter or an email you've sent someone. The letter/email is private in the sense that the police have to get a warrant to come to your house, search for the letter/email, seize it and read it. But if the police ask the recipient of the email for it and that person gives it to them, you're out of luck; by sharing that information with another person you've assumed the risk of betrayal, i.e., assumed they'll give it to the police.

(iii) written communication you've drafted and are in the process of sending to someone whom you intend to read its contents, i.e., a letter or email in transit. If it's a sealed letter, police must get a warrant to intercept the letter, seize it and then read it; it's private under the 4th Amendment under a 19th century Supreme Court case. As I've noted in various posts on the blog (do a search for CYB3RCRIM3 and Warshak to find some of them), the current state of 4th Amendment protection for emails in transit is a little uncertain. On the one hand, they look like sealed letters moving through the post office; on the other hand, they are moving through private proprietary systems and aren't sealed, which means anyone with access to that system can read them. The government tends to argue that if you expect email in transmission to be private under the 4th Amendment, you need to seal it by encrypting it. Now, there's a federal statute (the Wiretap Act) which protects the contents of emails while they're in transmission, but there's another debate about when they've come to rest and when they're still in the process of being transmitted. I did some posts on that, too.

(iv) written, transmitted, read and stored on a server: This scenario really doesn't come up for letters; they're stored with the post office until they're delivered, which gets us into scenario (ii). The government tends to argue that by leaving your email stored on the ISPs server, you've surrendered any 4th Amendment protection because if the emails aren't encrypted the ISP's employees can read them. I talked about this in my posts on the Warshak case.

So the prosecutor's theory goes too far in certain regards, but it's not totally off the mark.

Do I think the current state of affairs is acceptable, in all regards? As I've noted in earlier posts, I think we need to see that scenarios (iii) and (iv) clearly come within the protections of the 4th Amendment . . . but that's just what I think.

These kinds of claims ought to be resolved on much simpler grounds: if I transmit a communication to a recipient in a manner that necessarily involved him/her "intercepting" it by means of a device, then I have consented to same.

An analogy: if I leave a message on the answering machine of a friend in California, it would be extraordinary to then allow me to claim that the "interception" violated state law because I didn't consent. The same is, or ought to be, true of any computer communication, where a "device" (the recipient's computer) must "acquire" the contents of the communication (in RAM at a minimum, and likely on the hard drive as well) in order for my intended recipient to read it.