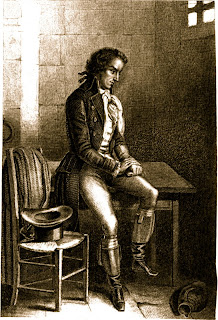 Perhaps you saw one of the news stories about the federal judge who held a civil litigant in contempt after the litigant allegedly “urged his radio and web followers to deluge U.S. District Judge Robert Gettleman with e-mail so he would side with him in a civil lawsuit pending before the Chicago judge.” David Kravets, Spam a Judge, Go to Jail?, Wired (April 8, 2010). As The Register explains,

Judge Gettleman was swamped with spam email as a result, some of which were taken as potentially threatening. Trudeau responded by withdrawing the misguided advice and apologising. This apology cut little ice with the judge, who held that Trudeau had acted in contempt of court and sentenced him to 30 days behind bars and a fine.

Trudeau appealed the sentence to the U.S. Court of Appeals for the 7th Circuit, which heard oral arguments in the case last week. The issue in the case is whether Judge Gettleman could lawfully hold Trudeau in contempt for inciting the spam barrage. To understand why that’s the issue, it’s necessary to understand a bit about contempt law.

Sanctions for contempt may be criminal or civil. If a person is to be punished criminally, then the contempt must be proven beyond a reasonable doubt, but once the charge is proven, then punishment (such as a fine or . . . imprisonment) is imposed unconditionally. The civil sanction for contempt (which is typically incarceration in the custody of the sheriff or similar court officer) is limited in its imposition for so long as the disobedience to the court's order continues: once the party complies with the court's order, the sanction is lifted. . . . thus conventional due process is not required. The burden of proof for civil contempt . . . is a preponderance of the evidence. . . .

A court of the United States shall have power to punish by fine or imprisonment, or both, at its discretion, such contempt of its authority, and none other, as--

(1) Misbehavior of any person in its presence or so near thereto as to obstruct the administration of justice;

(2) Misbehavior of any of its officers in their official transactions;

(3) Disobedience or resistance to its lawful writ, process, order, rule, decree, or command.

According to one of the briefs filed in the case, the judge didn’t indicate whether he was imposing the sanction under § 401(1) or § 401(3), but from the parties’ arguments before the Court of Appeals it seems the judge relied on § 401(1). Reply Brief, FTC v. Kevin Trudeau, U.S. Court of Appeals for the 7th Circuit (Case No. 10-1383) (available on Wired). I think that’s the only reasonable option since, as this brief points out, the conduct at issue wouldn’t constitute disobeying or resisting a court order or any of the other options listed in § 401(3).

The issue the parties focused on in their oral arguments is whether Trudeau’s criminal contempt citation involved “[m]isbehavior of any person in its presence or so near thereto as to obstruct the administration of justice”. The brief filed on behalf of Trudeau argued that his

actions were neither `in’ nor `near’ the district court’s `presence.’ Only by reading the statute to criminalize conduct in its `virtual’ presence could the district court conclude otherwise. But that reading of § 401(1) is untenable under the statute’s plain language and controlling Supreme Court precedent.

`virtual’ reading of `presence’ ignores the principle that the term must be given its ordinary meaning, which connotes physical proximity. Webster’s Ninth New Collegiate Dictionary 930 (1983) (`the part of space within one’s immediate vicinity’; . . .); American Heritage Dictionary of the English Language 1034 (1981) (`The area immediately surrounding a great personage. . .’.). Consistent with these definitions, the Supreme Court has held that `the phrase “in its presence or so near thereto” . . . was intended to geographical limitation on the power.’ Wilson, 421 U.S. at 315 n.6. Under the amicus’ [virtual presence theory] . . . there is no such limitation. As long as the court `viewed [the] message’ on its computer a contumacious message could be posted anywhere in the world and still be deemed to have occurred `in’ the court’s `presence.’ But this confuses the fruits of allegedly contumacious conduct with the conduct itself. Section 401(1) covers only the latter. . . .

Brief of Defendant-Appellant Kevin Trudeau, supra. That seems a logical argument, but I did find a 1913 case in which a federal judge held a litigant in criminal contempt under an earlier version of § 401(1) for “having written and delivered” two letters that the judge. U.S. v. Huff, 206 F. 700 (U.S. District Court for the Southern District of Georgia 1913). Huff challenged the ruling, claiming he couldn’t be held in criminal contempt because he didn’t do anything in the judge’s “presence.” This is how the judge who heard that challenge described his argument:

It was conceded . . . that the letters, the delivery of which to the District Judge constituted the alleged contempt, would, if delivered to the judge in open court, have been sufficient in their nature to place the defendant in contempt. The letters were not, however, delivered to the District Judge in open court, but at his house, and at a time when it is not shown that court was being held there, though the evidence tends to show it was customary for the District Judge to hear matters in chambers in the room of his dwelling in which delivery of the letters may be inferred from the evidence to have occurred. The inquiry, then, is whether the delivery of letters, concededly so improper in the nature of their contents as to constitute contempt in other respects, when delivered to the judge at his home and at a time when he was not engaged in holding court, can be said to be contempt of the court over which the judge presided.

U.S. v. Huff, supra. The judge ruling on Huff’s challenge found that the delivery of the letters to a location that was “at a remote distance from the courtroom” and was only “occasionally used for the purpose of a courtroom” would not support a contempt charge based on misbehavior in the “presence” of the court. U.S. v. Huff, supra. The judge then addressed the other option, the “near thereto” option:

U.S. v. Huff, supra. He therefore upheld the contempt sanction, noting that the letters (which contained “abuse” directed at the judge who held Huff in contempt) were delivered to that judge while Huff’s case was still pending before him and “were of a nature directly to obstruct the administration of justice” in that case. U.S. v. Huff, supra. So we have a kind of “virtual presence” case from the definitely pre-Internet era.

I don’t know if the lawyers representing Judge Gettleman or not, but it seems to me to be pretty much on point, at least by analogy. It’s not cited in Trudeau’s initial brief or in his reply brief, so I’m guessing the judge’s lawyers didn’t raise it. I think the case could be useful even though it’s by a federal district court judge, not a Court of Appeals, and even though it’s nearly a century old. Much of the argument in the briefs I’ve seen focus on the history and purpose of the contempt statute; if nothing else, the Huff opinion is a source of guidance on how courts of almost a century ago approached these issues.

Seems to me that if sending letters can constitute contempt, so can sending spam; the arguable difference here, of course, is that Trudeau didn’t personally send the spam emails, but I’d argue that doesn’t matter. He instigated their being sent and, according to the Wired story quoted above, did so with the purpose of influencing Judge Gettleman so he would “side with” Trudeau in the case pending before the judge.

There’s another issue in the case, though – a procedural issue. Rule 42 of the Federal Rules of Criminal Procedure creates two processes for holding someone in criminal contempt: Under Rule 42(a), the person can be held in contempt “after prosecution on notice.” This provision treats criminal contempt as exactly what it is: a crime. The person gets a trial, has a lawyer, etc. Rule 42(b) lets a court “summarily punish a person who commits criminal contempt in its presence if the judge saw or heard the contemptuous conduct and so certifies”. Rule 42(b) (emphasis added).

Trudeau seems to have a pretty good argument here. We don’t have the “near thereto” option; the contempt must have been committed in the court’s “presence” which, of course, brings us back to the virtual presence issue. In Cooke v. U.S., 267 U.S. 517 (U.S. Supreme Court 1925), the Supreme Court held that it (i) does not violate the constitutional requirement of due process for a court to summarily punish contempt committed in its presence but (ii) does violate due process for a court to summarily punish contemptuous conduct that doesn’t occur in its presence.

The Cooke Court’s rationale seems to negate the viability of the “virtual presence” argument. The Cooke Court explained why summary punishment for conduct in a court’s presence doesn’t violate due process:

To preserve order in the courtroom for the proper conduct of business, the court must act instantly to suppress disturbance or violence or physical obstruction or disrespect to the court, when occurring in open court. There is no need of evidence or assistance of counsel before punishment, because the court has seen the offense. Such summary vindication of the court's dignity and authority is necessary. It has always been so in the courts of the common law, and the punishment imposed is due process of law.

Cooke v. U.S. supra. The Court also held, though, that “[w]hen the contempt is not in open court . . . there is no such right or reason in dispensing with . . . charges and the opportunity of the accused to present his defense by witnesses and argument.” Cooke v. U.S., supra. It seems to me, therefore, that what Trudeau did constituted criminal contempt under 18 U.S. Code § 401, but was not the kind of criminal contempt that can be punished summarily, i.e., without a trial.

(When I explain criminal contempt to my students, I use this as a good example of what would clearly constitute criminal contempt committed in the court's presence: A few years ago, in Florida, I think, a prosecutor and defense attorney, and the attorney's client, were in court for a hearing on some kind of motion . . . say, a motion to suppress. When the judge ruled against the defense counsel, he turned to his client and said, quite clearly, "What a bitch!", referring, of course, to the judge. She immediately held him in criminal contempt and sentenced him to some jail time.)