Identity: The Living and the Dead 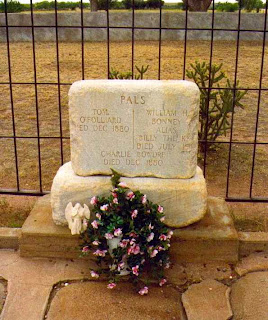 [Alberto] Maciel is a Mexican citizen who had been living in the United States under the stolen identity of Ramon Ramirez, a man with whom Maciel was not acquainted. Maciel used Ramirez's identity to purchase a truck, rent an apartment, secure loans, and obtain several cellular telephone accounts. He also used Ramirez's identity to obtain a California identification card, birth certificate, and Social Security card, all of which were issued in Ramirez's name. In August 2004, Maciel used these documents to procure a U.S. passport, which he later used to travel to Mexico. On March 17, 2008, Maciel was arrested by U.S. Customs and Border Protection (`Customs’) officials for attempting to use the fraudulently obtained passport to reenter the U.S. and for falsely claiming U.S. citizenship on his Customs declaration.

provides an additional two years of incarceration for anyone who `during and in relation to any felony’ enumerated in the statute, two of which are Maciel's underlying offenses, `knowingly transfers, possesses, or uses, without lawful authority, a means of identification of another person.’

U.S. v. Maciel-Alcala, supra. After all the evidence had been presented but before the parties made their closing arguments, Maciel moved for a judgement of acquittal under Rule 29(a) of the Federal Rules of Criminal Procedure. Rule 29(a) provides, in part, that “[a]fter the . . . close of all the evidence, the court on the defendant's motion must enter a judgment of acquittal of any offense for which the evidence is insufficient to sustain a conviction.” Maciel argued that to convict him under § 1028A, the government had to

prove that Maciel knowingly possessed, transferred, or used a means of identification of `another person’ who he then knew to be a `live’ person -- as opposed to a `deceased’ person. The government conceded that it could not prove that Maciel knew Ramirez was alive when he used Ramirez's birth certificate to obtain the passport. Holding that § 1028A requires the government to prove only that Maciel knew Ramirez was a real person, living or deceased, the district court denied Maciel's motion and entered a guilty verdict on the two counts of aggravated identity theft.

In Flores-Figueroa, the Supreme Court addressed the question of whether § 1028A `requires the government to show the defendant knew that the ‘means of identification’ he or she unlawfully transferred, possessed, or used, in fact, belonged to “another person.”’ The Court rejected the argument that the phrase `another person’ included fictional persons as well as actual persons. Maciel springboards from Flores-Figueroa to the conclusion that not only does the statute require the government to prove that the defendant knew that the means of identification belonged to another real person, but also that the defendant knew the other person was a living . . . person.

U.S. v. Maciel-Alcala, supra. The 9th Circuit found that the Flores-Figueroa decision did not resolve the issue before it, and so proceeded to analyze what § 1028A requires. The statute does not define “another person” or the word “person”, so the Court of Appeals was left to consider the “ordinary meaning” of the two terms.

Maciel argues that, as used in ordinary English, `another person’ means `a living human being,’ while the government argues `another person’ may mean someone either living or deceased. . . . Some dictionary definitions . . . specify that `person means only `living person,’ while others . . . encompass both living and deceased persons. For example, the American Heritage Dictionary's primary definition of person is `a living human being.’ American Heritage Dictionary 1310 (4th ed.2000); see also 11 Oxford English Dictionary 597 (2d ed.1989) (defining `person' as `[t]he living body of a human being’). In contrast, Webster's Third New International Dictionary defines `person’ as both `a living individual unit’ and as a `human being.’ Webster's Third New International Dictionary 1686 (2002); see also Merriam-Webster's Collegiate Dictionary 865 (10th ed.2001) (defining `person’ as `human, individual'). As reflected in those texts, depending on the context, the noun `person’ properly may be narrowed by the adjectives `living’ and `deceased.’

The court then turned to the “canons of statutory interpretation” in an effort to resolve the issue. It began with another subsection of § 1028A:

Finally, the Court of Appeals also noted that as a practical matter, the statute’s purpose

would be frustrated if we read `person’ to mean only `living persons.’ Doing so would make prosecution of these aggravated felonies almost impossible. A defendant . . . may simply claim he did not know the person whose identity he stole was alive. Absent some objective evidence that the defendant knew the victim personally, the government would be unable to prosecute this sort of theft. Indeed, this is the precise obstacle that would confront the government in this case were we to accept Maciel's argument. These practical considerations are markedly different from those involved in Flores-Figueroa. There, the Court noted that there often would be circumstantial evidence that the defendant knew the victim was real. `[T]he examples of identity theft in the legislative history (dumpster diving, computer hacking, and the like)’ were, as the Court observed, `all examples of the types of classic identity theft where intent should be relatively easy to prove, and there will be no practical enforcement problem’ because one cannot hack a fictitious person's computer or rummage through a fictitious person's trash. Here, however, proving the defendant subjectively knew that his victim was a living person would be a virtually impossible undertaking.

U.S. v. Maciel-Alcala, supra. The Court of Appeals therefore affirmed Maciel’s conviction. He can, of course, always try to get the U.S. Supreme Court to take the case and definitively decide this issue. I, for one, agree with the Court of Appeals: As I’ve noted before, identity theft statutes are intended to address a specific “harm” inflicted on a “real” person; while the magnitude of the “harm” inflicted may be less when the victim is deceased, I think there’s still enough of a “harm” to justify the use of criminal liability in this situation.

One procedural note: The 9th Circuit casts this case as a case of first impression, which I guess it is, literally. The court really isn’t writing on a blank slate, though: As I noted in an earlier post, the Courts of Appeal for the 1st and 8th Circuits had already essentially addressed this issue, and reached the same conclusion as this court. U.S. v. Kowal, 527 F.3d 741 (8th Circuit Court of Appeals 2008); U.S. v. Jimenez, 507 F.3d 13 (1st Circuit Court of Appeals 2007). I think we can see where the resolution of the issue is headed.