Identity Theft and the Alford Plea 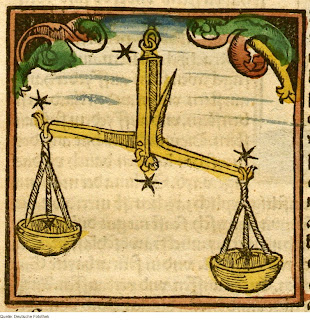 As Wikipedia explains, an Alford plea

is a guilty plea in criminal court where the defendant does not admit the act and asserts innocence. Under the Alford plea the defendant admits that sufficient evidence exists with which the prosecution could likely convince a judge or jury to find the defendant guilty beyond a reasonable doubt.

The entry of a guilty plea under the Alford doctrine carries the same consequences as a standard plea of guilty. By entering such a plea, a defendant may be able to avoid formally admitting guilt at the time of sentencing, but he nonetheless consents to being treated as if he were guilty with no assurances to the contrary.

State v. Faraday, supra. An Alford plea at once is, and is not, analogous to another plea: the plea of nolo contendere. A defendant who enters a nolo contendere, or no contest, plea essentially says “I’m not going to contest the validity of the charge against me.” As a federal court noted recently, an “Alford plea differs from a nolo plea in that a defendant pleading nolo contendere takes no position on guilt or innocence, whereas a defendant entering an Alford plea takes the position that he is not guilty.” U.S. v. Mancinas-Flores, 588 F.3d 677 (U.S. Court of Appeals for the 9th Circuit 2009).

I wondered if Alford pleas were being used in cybercrime cases, so I did a little research on the subject. I found a few cases in which a defendant entered an Alford plea in a case involving computer-related crimes. This post is about one of them: Johnson v. State, 2009 WL 1048321 (Minnesota Court of Appeals 2009).

The case concerns a defendant’s efforts to withdraw her Alford plea:

Under Rule 15.05(1) of the Minnesota Rules of Criminal Procedure, a defendant can

withdraw a plea after sentencing only `upon a timely motion and proof to the satisfaction of the court that withdrawal is necessary to correct a manifest injustice.’. Manifest injustice occurs when a guilty plea is not accurate, voluntary, and intelligent. . . .

Johnson v. State, supra (quoting Rule 15.05(1)). The accuracy requirement “protects the defendant from pleading guilty to a more serious offense than he could properly be convicted of at trial” and therefore requires that the charge have been supported by an “adequate factual basis”. Munger v. State, 749 N.W.2d 335 (Minnesota Supreme Court 2008). The trial court (or district court) is responsible for ensuring that the record in the case establishes an adequate factual basis for the plea. Johnson v. State, supra.

Here, the trial court (or district court) judge who granted Johnson’s motion to withdraw her plea

was not the judge who accepted the plea. In its order granting plea withdrawal, the district court found that `[n]o transcript of the plea hearing [was] provided’ for the court to review at the plea-withdrawal hearing. The decision to allow [Johnson] to withdraw her plea was based on a finding that respondent asserted her innocence at the plea hearing, making the plea inaccurate. The state argues that a review of the plea transcript establishes that respondent entered a valid Alford plea.

Johnson v. State, supra. The Court of Appeals explained that an Alford plea

is valid only `if the court, on the basis of its interrogatories of the accused and its analysis of the factual basis offered in support of the plea, concludes that the evidence would support a jury verdict of guilty, and that the plea is voluntarily, knowingly, and understandingly entered.’ . . . Because the defendant's pleading guilty while maintaining innocence calls into question the rationality of the defendant's decision, the factual-basis requirement is “absolutely crucial” to determining the validity of the Alford plea.

establishes that [Johnson] admitted that she worked for a home-mortgage company and that she obtained the victim, A.C.'s, identifying information when A.C. applied for a loan. [Johnson] admitted that A.C.'s information was used to open accounts for cellular phones in A.C.'s name and that the accounts were linked to [Johnson’s] email account. She admitted A.C. did not authorize the accounts. [Johnson] stated: `I used the phone [ ] I didn't order the phone, but I used the phone.’ [Johnson] acknowledged that the offense includes aiding in or benefiting from the unlawful activity. [She] reviewed the reports and evidence and agreed that the evidence was sufficient to obtain a conviction. [Johnson] stated she was pleading guilty because she knew what had been going on and did not do anything to stop it. [She] admitted she was not `scot-free.’ . . .

[T]he district court probed further and asked [Johnson]t if she knew about the identity theft while she was using the phone. [She said] she became aware after someone told her that when she called, A.C.'s name appeared on the caller identification. The court told [Johnson] that if she did not commit the crime, she should not take responsibility. [Johnson] replied: `I know. I used the phone. My whole family will come and tell you I used the phone,’ and that `[i]t's linking my email. Everything's linking to my name. That is why I'm being charged with it.’ Although the parties had not agreed to an Alford plea, the state did not object because the victim wanted things to be over (the identity theft occurred in July 2005 and [Johnson] did not plead guilty until February 2008). The district court accepted the factual basis for the Alford plea.

was accurate. [She] admitted some guilt and that the evidence was sufficient to convict. . . . Because at the time of [her] motion to withdraw the plea the district court was not provided with a transcript of the plea hearing to review, it was not aware of [Johnson’s] admissions and her belief that the evidence against her was sufficient to obtain a conviction. Therefore, the district court erred in finding that [her] plea was not accurate.

In her request to withdraw her guilty plea, [Johnson] claimed she was misled and manipulated by her attorney. [She said] she wanted a trial, but her attorney told her she could go to jail and because she feared jail, she agreed to plead guilty. [She] claimed that when she met with the probation officer the plea was explained to her and it was not how she understood it. [Johnson] also claimed she `was in a complete daze,’ she was `dealing with postpartum depression,’ she was not `thinking clearly due to lack of sleep,’ and she had `extremely low hemoglobin,’ which caused her to feel drained.

At the hearing on her request to withdraw her plea, [she] altered her argument. Rather than arguing that her attorney manipulated her, [Johnson] claimed she had been coerced into pleading guilty by the father of her youngest child. [She said] this man is the guilty person, but she did not want to `throw him under the bus.’ After [she] pleaded guilty . . . and this man did not sign the recognition of parentage, she realized that he did not care and she decided she wanted to go to trial. . . .

[Johnson] acknowledged that she was not threatened or promised anything in exchange for her plea and was not suffering from any condition that would affect her ability to understand the proceedings. Additionally, [she] signed a petition to enter a plea of guilty . . . in which she indicated that she (1) had not been treated for a nervous or mental condition and had not recently been ill; (2) had not recently been taking any type of medication and was not under the influence of alcohol or drugs; (3) had been adequately informed and represented by her attorney; and (4) was not threatened or made promises to get her to plead. Further, during p the plea hearing, [Johnson] appropriately answered every question asked, and did not indicate she was doing anything against her own free will. . . . [Her] argument at the plea-withdrawal hearing was contradicted by the record and is not sufficient to establish a manifest injustice. Therefore, the district court clearly erred in finding that respondent's plea was not voluntary.

This obviously isn’t a case in which computer technology played a pivotal role in the commission of the crime, but it’s the closes thing to a cybercrime case involving an Alford plea I could find. I think it clearly illustrates how the plea works, and how it could be used in a cybercrime case.