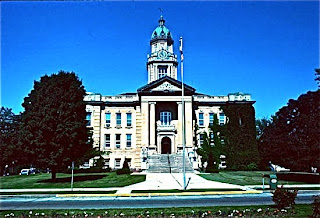 In 2001, [Christopher] Stewart was charged with one count of attempted child enticement. The complaint alleged that Stewart had instant messenger (IM) conversations with an adult woman, Linda Vargus, and arranged with Vargus to meet in a hotel room where he planned to have sex with Vargus's ten-year-old daughter, Mary. Mary did not, in fact, exist. Stewart was arrested at the hotel.

In 2002, Stewart entered a no contest plea to the charge and the court imposed and stayed a sentence of ten years' initial confinement and ten years' extended supervision and placed him on twenty years of probation. Stewart did not file a direct . . . . In June 2006, Stewart filed a motion for postconviction relief asking to be allowed to withdraw his plea on the basis that he had newly discovered evidence. Stewart claimed he had new evidence that at least one of the IM transcripts relied upon by the State was fraudulent, that the police may have deleted or destroyed exculpatory evidence from Stewart's computer, and that Vargus had made statements that were inconsistent with her allegations. After a hearing and briefing, the circuit court denied the motion in November 2007, concluding that the proffered evidence was not newly discovered. Stewart appealed from this order.

After the notice of appeal was filed, Stewart moved this court to be allowed to file a `supplemental’ postconviction motion. We remanded the case to the circuit court for further proceedings. In that order, we stated that `[t]he circuit court may determine which proceedings are appropriate.’ Stewart filed a supplemental motion alleging that there was no factual basis for Stewart's plea to a charge of attempted child enticement. In July 2008, the circuit court denied the motion. The court concluded it had already decided Stewart's motion for postconviction relief in 2007, and it would not allow Stewart to supplement a motion that had already been decided with a completely new issue. Stewart filed a second notice of appeal from this order, and we consolidated the appeals.

Stewart filed his motions for postconviction relief under Wisconsin Statutes § 974.06(a), which provides as follows:

After the time for appeal . . . has expired, a prisoner in custody under sentence of a court or a person convicted and placed with a volunteers in probation program . . . claiming the right to be released upon the ground that the sentence was imposed in violation of the U.S. constitution or the constitution or laws of this state, that the court was without jurisdiction to impose such sentence, or that the sentence was in excess of the maximum authorized by law or is otherwise subject to collateral attack, may move the court which imposed the sentence to vacate, set aside or correct the sentence.

Stewart had argued to the circuit court that

he had newly discovered evidence because a forensic examiner who analyzed the computer and other evidence testified that at least one of the printouts of the IM conversations had been fabricated. The expert also testified that someone had booted up the hard drive of Stewart's computer after the computer had been seized by the police and that doing so violated good forensic practices because evidence could be destroyed.

State v. Stewart, supra. Stewart, in response, argued that neither he nor

his counsel knew, prior to the time Stewart entered his plea, that the transcript of the midnight chat was `demonstrably’ fabricated, that he was not negligent for failing to discover it because he had neither the knowledge nor the means to conduct the analysis prior to entering his plea, and that the evidence was material because the fabrication could have severely damaged the police credibility.

Stewart lost. The Wisconsin Court of Appeals found that the circuit court did not

erroneously exercise its discretion when it denied Stewart's motion to withdraw his plea on this basis. We agree with the circuit court that Stewart was negligent in choosing not to pursue this evidence before entering his plea. Stewart had the evidence available to him and he had had a different expert examine the evidence, and he still entered his plea. Further, we agree with the circuit court that the evidence was not material. There were other transcripts of chats between Stewart and Vargas. Stewart arrived at the hotel where Vargas had arranged to meet him, and Stewart had with him items appropriate for a ten-year-old victim. Further, we are also not convinced that there is a reasonable probability of a different result. We conclude that the circuit court properly exercised its discretion when it denied Stewart's first motion for postconviction relief.

The Court of Appeals also held that Stewart’s attempt to “supplement” the first motion by filing a new motion for postconviction relief was not permissible. It agreed with the circuit court, which found that Stewart “was not entitled to file a supplemental motion and had not offered a sufficient reason for failing to raise the issue in his first motion for postconviction relief”, which meant the motion was barred under binding Wisconsin Supreme Court precedent. State v. Stewart, supra.

I’m not an expert on postconviction relief practice; in fact, I pretty much know nothing about it. I did a little research, though, and the requirement that a motion seeking postconviction relief based on newly discovered evidence demonstrate that the evidence was “not available” to the defendant at the time he/she pled guilty seems to be pretty consistent across jurisdictions. I assume it’s meant to prevent someone from pleading guilty and then producing “newly discovered” evidence and using that to set the plea aside . . . and then do what? . . . get some kind of advantage, I guess.

I also think the requirement is a logical component of the U.S.’ adversarial justice system. In such a system, it’s up to the defendant to figure out where he/she stands and decide what course of action seems advisable on the basis of the information then available to that person. Than, if the decision turns out not to have been the best decision the person could have made given circumstances that later emerge, that’s the defendant’s problem, not the justice system's. In that regard, it may reflect the underlying principle that litigation, including criminal litigation, must come to a final, determinate end.

The result can, though, be a little unnerving. It could mean that someone pleads guilty based on incomplete evidence, then finds evidence that could have been used to win an acquittal at trial, but the defendant surrendered the right to use that evidence by pleading guilty. I don’t necessarily think that’s what happened here, but I could see if as a logical possibility.