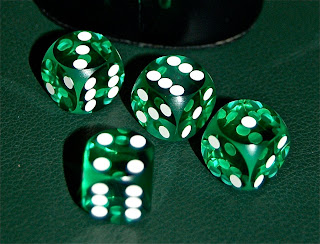 As Wikipedia explains, a plea bargain is “an agreement in a criminal case whereby the prosecutor offers the defendant the opportunity to plead guilty . . . to a lesser charge or to the original criminal charge with a recommendation of a lighter than the maximum sentence.” As Wikipedia also notes, a plea bargain gives a defendant the “opportunity to avoid sitting through a trial risking conviction on the original more serious charged” or risking the imposition of a higher sentence.

This post is about a case in which a defendant had to choose between a plea bargain and a computer forensics examination of a hard drive. The case is U.S. v. Benjamin, 2010 WL 749642 (U.S. District Court for the District of Arizona 2010).

On February 27, 2008, an FBI agent in an undercover capacity used the file sharing program Limewire and initiated downloads of material suspected of being child pornography. The transmission was interrupted, but the agent was able to determine that the material was indeed child pornography from the `hash values.’ The agent discovered the location of the sending computer through the sender's internet service provider. A search warrant was executed, and the defendant was found at his computer, running the program Limewire, and downloading files that the agent suspected were child pornography. The government has disclosed statements made by the defendant that he knew Limewire could be used to make his computer files available for others to download. The defendant also stated that he was the only person in the home to use that particular computer. The government has also made available the images that are listed in the indictment as child pornography.

U.S. v. Benjamin, supra. The above references to the government’s disclosing certain information and making certain evidence available to Benjamin are relevant to the issue this decision addresses.

The government calculated Benjamin’s sentencing range (if he were convicted at trial) as 151 to 188 months, but it offered him “a plea agreement with a significantly reduced sentencing range of 109 to 120 months.” U.S. v. Benjamin, supra. The government, though, made it a requirement that Benjamin "accept the plea without first conducting a forensic examination of the computer hard drives, which the parties agree [he] has a right to do pursuant to” Rule 16 of the Federal Rules of Criminal Procedure. U.S. v. Benjamin, supra.

Benjamin responded to the government’s offer by filing a motion for disclosure, in which he argued that “the government should not be allowed to withdraw its plea offer, as it has threatened to do, if Benjamin asserts his right to conduct a forensic examination of the hard disk drive of his computer which was seized by the government in its search of his home.” U.S. v. Benjamin, supra. The government filed a response to the motion, the matter was referred to a federal Magistrate Judge, who held a hearing on the issues and issued the opinion we’re concerned with. U.S. v. Benjamin, supra.

Benjamin made two arguments as to why he should be entitled to a forensic examination of the computer: One, as noted above, was based on Rule 16 of the Federal Rules of Criminal Procedure; the other was based on his 6th Amendment right to the effective assistance of counsel in his defense. U.S. v. Benjamin, supra.

Benjamin’s first argument was that he had a right to the examination under Rule 16(a)(1)(E) “and because the rule contains no qualifications on this right, the government may not withdraw its plea agreement if he asserts this right.” U.S. v. Benjamin, supra. Rule 16(a)(1)(E) says that “[u]pon a defendant’s request, the government must permit” him to “inspect . . . books, papers, . . . tangible objects . . . or copies or portions of any of these items” if the item is within the government’s control, is “material to preparing the defense,” will be used in the government’s case-in-chief at trial or “was obtained from . . . the defendant.” Federal courts have held that this rule gives a defendant the right to examine computer hard drives. U.S. v. McArthur, 2007 WL 2049914 (U.S. District Court for the Northern District of Texas 2007).

Benjamin lost on this argument: The Magistrate Judge found that Benjamin did not “have an absolute right to obtain Rule 16 discovery unfettered by any possible adverse consequences in his plea bargaining with the government.” U.S. v. Benjamin, supra. The judge based this holding on the Supreme Court’s decision in U.S. v. Ruiz, 536 U.S. 622 (2002). In Ruiz, the Court held that “the government could condition its plea agreement on the defendant waving the right to receive disclosure of impeachment evidence and information relating to any affirmative defense she might raise at trial.” U.S. v. Benjamin, supra. The Ruiz Court explained that

in the context of this [plea] agreement, the need for this information is more closely related to the fairness of a trial than to the voluntariness of the plea; the value in terms of the defendant's added awareness of relevant circumstances is ordinarily limited; yet the added burden imposed upon the Government by requiring its provision well in advance of trial (often before trial preparation begins) can be serious, thereby significantly interfering with the administration of the plea-bargaining process.

Benjamin’s other argument, as noted above, went to the 6th Amendment guarantee to the effective assistance of counsel. He argued that without

a forensic analysis his attorney would not be able to offer a competent opinion as to whether he should accept the . . . plea agreement. At the hearing, Benjamin's computer forensic expert, Tammy Loehrs, testified that an examination of the computer hard drives could reveal information valuable to the defense. For example, by looking at the user's recorded computer activity it may be possible to infer who was using the computer when certain images were downloaded. Further, she could discover whether or not an image was properly downloaded, saved, opened, viewed, copied, or shared. Loehrs suggested that a person might search Limewire using a general search term such as `sex’ and inadvertently receive child pornography. That user might then delete those unwanted files without even opening them.

U.S. v. Benjamin, supra. Once again, the Magistrate Judge did not agree:

Benjamin's counsel has sufficient information to give an informed opinion as to whether the plea should be accepted. Based on the government's disclosure to date, he should be able to give a reasoned opinion as to what the government would offer in its case in chief and whether or not the all elements of the offenses could be proven. He also has information from his expert concerning what a forensic examination might uncover and how that information might affect the government's ability to prove its case. Finally, he has access to the defendant himself who is in a unique position to evaluate the likelihood that a forensic examination would be fruitful. For example, if the defendant did, in fact, inadvertently receive child pornography, and if he did delete files without looking at them, it is likely that a forensic examination would uncover information valuable to the defense. If not, then the probability that a forensic analysis would yield valuable evidence is correspondingly diminished. The court concludes that Benjamin's attorney has sufficient information and resources to effectively evaluate of the government's plea offer.