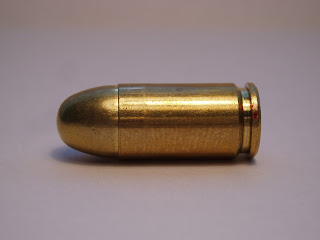 Last fall I did a post on authenticating MySpace content as evidence that could be admitted at a trial. I’ve also noted other issues concerning the authentication of MySpace pages and similar online content. This post is about another evidentiary issue that can arise when MySpace content is offered as evidence in a judicial proceeding.

I’m going to use two cases to explore some of these issues. The first is State v. Winkfield, 2010 WL 796917 (Tennessee Court of Criminal Appeals 2010). Samuel Winkfield was convicted of second-degree murder and tampering with evidence in violation of Tennessee law. This is how the case arose:

On October 19, 2006, Billy England lived at 300 Roland Street in Jackson, Tennessee. Around 10:10 a.m., he was leaving his home and heard what sounded like moaning coming from nearby. . . . [H]e saw James Charles Haney . . . in the front yard of another residence. Haney was partially clothed. England suspected the man was drunk so he told him to go home. Haney entered . . . 324 Roland Avenue. England drove around the block and saw that the front door to 324 Roland Avenue was still open. It was cold and raining, so England stopped and entered the residence to check on Haney. . . . [He] found Haney face down on the floor. . . . England was unable to find a pulse, so he called the police. . . .

[O]fficers learned that Haney lived at 324 Roland Avenue with Terrence McGee. [Winkfield[ began living with them in September of 2006. . . . Several weeks prior to [Haney’s] death, [Winkfield[ told McGee someone was stealing his marijuana. . . .

On October 18, 2006, . . . several people were at 324 Roland Avenue, including McGee, [Winkfield], and Haney. . . . The next morning, . . ., McGee arose at 8:30 a.m. and got ready for class. Several other students stayed the night at the residence, and McGee dropped them off at school before going to class. When he left the residence, Haney and [Winkfield] were the only people present. . . .

McGee's class was over around 9:50 a.m. At the end of class, he realized he left his cell phone at home. McGee borrowed [a] cell phone. . . to call his cell phone. [Winkfield] answered the phone, informed McGee that something had happened to Haney, and instructed him to come home. McGee described [Winkfield’s] voice as `scared.’

McGee . . . drove quickly home. He pulled in the alley behind the house, and [Winkfield] ran out the back door carrying a black trash bag and a .380 pistol. It was the same .380 pistol that McGee had previously given to Haney. . . . McGee tried to go in the house, but [Winkfield] `yanked’ him back into the car and. . . . even pointed the gun at [him.]

[Winkfield told] McGee to drive the car to his girlfriend's, Ciara Lasley's, apartment. On the way there, [he] informed McGee he was `sorry’ but `[Haney] kept playing with me, playing with me and testing me and playing with me.’ [Winkfield] took a stack of money out of his pocket. The money was neatly wrapped in the same manner that the victim kept his money. . . .

[Winkfield had] McGee's cell phone. During the trip to Lasley's apartment, [he] used the cell phone. . . . [to call] someone named `Booky’ and told him to `go get [Haney] he's got two bullets in him.’ When they arrived at Lasley's apartment, [Winkfield left] the vehicle with the trash bag and the gun. He left the cell phone and told McGee to keep quiet. McGee . . . . return[ed] to campus and attend[ed] classes. McGee received a call from a friend at around 1:00 p.m. that afternoon informing him that Haney was dead. . . .

Nicholas Parks, also known as Booky,. . . . received a call on October 19 in the morning. He was asleep when the phone rang but noticed that the phone number was blocked by caller ID. When he answered . . . a voice instructed him to `go get [Haney], he has two bullets in him.’ Parks ignored the call and went back to sleep.

[showed] McGee with the caption `armed and dangerous . . . I repeat armed and dangerous.’ [Winkfield’s lawyer] sought to use the information . . . to impeach the credibility of McGee. On appeal, [Winkfield claimed] the trial court abused its discretion and the exclusion of the evidence amounted to `an unreasonable restriction on [his] right to cross-examine’ the witness in order to show his lack of credibility.

State v. Winkfield, supra. What Winkfield wanted to do, of course, was use the photo to impeach McGee. As Wikipedia explains, “in the law of evidence, [impeachment] is the process of calling into question the credibility of an individual who is testifying in a trial.” At trial, Winkfield’s defense attorney argued that the “armed and dangerous” caption

impeached McGee's testimony in which he claimed he was afraid of [Winkfield] when [he] pointed a gun at him. . . . [Counsel also] that the statement impeached McGee's veracity . . . because he admitted at . . . trial that he was not `armed and dangerous,’ he only used the statement on his webpage to further his career as a rap artist.

One of the requirements is that the trial court “hold a hearing outside the jury's presence and . . determine that the alleged conduct has probative value”. Rule 608(b)(1). The trial judge did precisely that in the Winkfield case.

The trial court conducted a . . . hearing on . . . and determined that the evidence was not admissible because it was not probative. We determine that the trial court followed the proper procedure and did not abuse its discretion. The statements of a witness on a personal webpage designed to further a musical career are clearly unrelated to any particular instance of conduct that would show the witness's character or reputation for truthfulness as a witness. The trial court properly determined that the evidence was irrelevant. . . .

Another defendant – Richard Howard – made a similar argument in appealing his conviction “for numerous crimes, including murder, stemming from the shooting death of Larry Ritch.” Howard v. State, 286 Ga. 222, 686 S.E.2d 764 (Georgia Supreme Court 2009). At trial, one witness testified that he saw a man later identified as Howard shoot Ritch after demanding money from him; another woman also testified about the shooting and a third witness saw a car leaving the parking lot of the apartment complex where the crime occurred. Howard v. State, supra. That witness gave police the license number of the car and an officer pulled it over; Howard and his cousin Tandy Cole were in the car. Howard v. State, supra. Officers arrested both of them and both were “charged with the same crimes”. Howard v. State, supra.

Cole testified against Howard, saying, among other things, that he heard gunshots after Howard got out of the car at an apartment complex; Cole also said that after he heard gunshots Howard “jumped in” the car and told him to “`drive.’” Howard v. State, supra. After being convicted, Howard appealed, arguing, in part, that the trial judge erred in

refusing to permit him to introduce computer images from Cole's MySpace website that Howard claims were relevant to show that Cole shot the victim. At trial, Howard informed the trial court that he had [an] image from Cole's MySpace website that depicted Cole holding a rifle, with a caption saying `a pistol equals respect.’ Howard contended that this image was relevant evidence that Cole committed the offense in question

Howard v. State, supra. The trial judge didn’t agree, and neither did the Georgia Supreme Court:

[E]ven assuming that Howard could authenticate the image of Cole holding a rifle or the caption that accompanied it, the fact that at some point Cole created such an image or caption would only raise a speculative or conjectural inference that he murdered Ritch on the night in question. This Court has held that such weak inferences are inadmissible to show that another person committed the crime in question. . . . Accordingly, the trial court did not err in excluding the evidence.

These cases obviously don’t stand for the proposition that what someone posts on a MySpace or Facebook page can never be used to impeach an adverse witness. All they establish – correctly IMHO – is that online content won’t be admitted as impeachment evidence unless the proponent of the evidence can show a real connection between the content in question and the impact it has on the adverse witness’ testimony.

well I knew haney and mcgee very well I was close by when it happened and I know big sam......O and booky and nic parks are two different people I was wit nic wen he got the call he was at my house........But The my space page should not be used to discredit Mcgee

Tandy cole also claimed to have never of gotten out of the car, yet the 2 witness who seen the crime occur stated there were 2 "robbers." If Tandy did not get out the car (which is a lie) where is this "2nd robber?"

Tandy cole also claimed to have never of gotten out of the car, yet the 2 witness who seen the crime occur stated there were 2 "robbers." If Tandy did not get out the car (which is a lie) where is this "2nd robber?"

That evidence would have shed a different light on the case. McGhee was not as "innocent" as he portrayed to be. McGhee was not a credible witness at all. In fact he changed his story numerous times before he played the "victim" role. I believe that the evidence should have been submitted. Proscution was scared to let that happed because then the witness would no longer be helpful. Terrance McGhee is a liar and sooner or later it will be obvious. May God be with the Haney family.