Evidence of Other Crimes 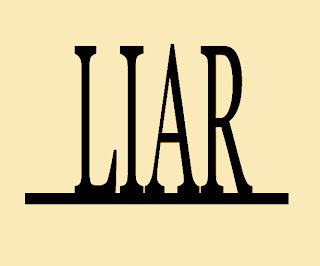 In a post I did earlier this year, I explained that Rule 404(b) of the Federal Rules of Evidence limits the use of a defendant’s “other crimes, wrongs, or acts” as evidence in a criminal trial. Under the Rule 404(b), evidence of other crimes, etc., cannot be admitted to show (i) the defendant’s “bad character” and (ii) that he acted “in conformity” with that bad character in committing the crime(s) with which he is charged.

This post is about a recent decision of the Indiana Supreme Court that addressed the use of “other crimes” evidence in a prosecution brought under state law. The case is Clark v. State, 915 N.E.2d 126 (Supreme Court of Indiana 2009). The charges were based on conduct that’s truly horrific:

Ian Clark was living . . . with his fiancée Matara Muchowicz and her daughter Samantha. Samantha typically stayed with a friend while Clark and Matara were at work, but Clark had been laid off . . . and . . . Matara began leaving Samantha with Clark for the day.

When Matara arrived home on May 25th, . . . she found Clark lying on the couch with Samantha on his chest, naked and blue. Matara approached the couch and noticed blood on the blanket that was covering up Clark. . . . Clark sat up and then . . . stumbled into the coffee table, dropping Samantha on the ground. . . .. Matara tried to wake Samantha, but she was cold. . . .

Matara dialed 911, but Clark grabbed the phone. . . . He kept telling Matara Samantha was fine. Matara told Clark they needed to call an ambulance. . . . Clark took the phone from Matara and tried to drag her away from the phone. When Matara managed to dial 911 . . . Clark struck Matara in the back of the head with his fist.

Matara managed to make a second call to 911. . . .The 911 operators could hear Clark interrupt and disconnect the attempted calls. After completing the 911 call, Matara put a diaper on Samantha and went outside where she met a police officer.

The . . . deputy who had arrived on scene tried to revive Samantha . . . . [He] noticed Samantha suffered a split lip, was limp, her jaw was crushed, and she had bruises all over her body. Paramedics were unable to revive her. They observed that Samantha had bruises all over her body, her right jaw was swollen, black and blue, and she had blood around her mouth, and bruises on her chest area that resembled fingerprints.

Clark appealed, arguing, in part, that the “trial court abused its discretion when it admitted evidence” of Clark’s “own personal entry on MySpace”. Clark v. State, supra. At trial, Clark testified in his own defense and on cross-examination the prosecutor read “to Clark, over defense counsel’s objection, his own description of himself” from his post on MySpace:

`Society labels me as an outlaw and criminal and sees more and more everyday how many of the people, while growing up, and those who judge me, are dishonest and dishonorable. Note, in one aspect I'm glad to say I have helped you people in my past who have done something and achieved on the other hand, I'm sad to see so many people who have nowhere. To those people I say, if I can do it and get away. B ... sh.... And with all my obstacles, why the f ... can't you.’

Clark v. State, supra. Clark claimed this was “inadmissible character evidence” under Indiana Rule of Evidence 404(b). Clark v. State, supra. Like the federal rule I wrote about in my earlier post, the Indiana rule says evidence “of other crimes, wrongs, or acts is not admissible to prove the character of a person in order to show action in conformity therewith.” As the Indiana Supreme Court noted, evidence is excluded by Indiana Rule 404(b) “when it is introduced to prove the `forbidden inference’ of demonstrating the defendant’s propensity to commit the charged crime.” Clark v. State, supra.

The Indiana Supreme Court also noted, however, that “[o]therwise inadmissible evidence may be admitted where the defendant opens the door to questioning on that evidence.” Clark v. State, supra. The court explained that the “door may be opened when the trier of fact has been left with a false or misleading impression of the facts.” Clark v. State, supra. That, the Indiana Supreme Court held, happened here.

The court first noted that Clark’s MySpace posting “contained only statements about himself”, so “this is solely evidence of his own statements, not of prior criminal acts.” Clark v. State, supra. The Indiana Supreme Court therefore held that since it “was Clark’s words and not his deeds that were at issue,” Indiana Rule 404(b) did not apply here. Clark v. State, supra.

(As Wikipedia explains, a lesser-included offense “is a crime for which all of the elements necessary to impose liability are also elements found in a more serious crime.” The elements of murder are (i) purposely (ii) causing (iii) the death (iv) of a human being. The elements of reckless homicide are (i) recklessly (ii) causing (iii) the death (iv) of a human being. Reckless homicide is therefore a lesser-included offense of murder. As Wikipedia notes, in a criminal trial the judge can, if the facts so warrant, instruct the jury that they can convict the defendant of the serious crime with which he or she is charged or of a lesser-included offense contained in that charge. Clark’s defense attorney was trying to convince the jury to convict him of reckless homicide, instead of murder. . . which was probably the best the defense could hope for, given the facts.)

When he testified at trial, Clark claimed he was simply reckless in causing Samantha's death:

Clark: I was reckless. I was irresponsible. I was an a ... hole. . . . .That's what I am, but I'm not an intentional killer. I . . . don't even know how to explain this, but there's a lot better ways to kill somebody that [sic] doing it like that. You know, there's no attempt to hide the crime. I didn't clean up anything. I didn't change clothes, mens rea. People do certain things when they kill somebody. They try to hide a crime. There's no evidence. . . . that I tried to hide anything. And the cops, they know that. They know that.

[Prosecutor]: You say, your conduct is reckless?

Clark: Most definitely. That's what your evidence shows.

Clark: Once again, I was incoherent. It's an issue of coherency. You asked me a question. Can I answer it?

[Prosecutor]: Sure, go ahead.

The Indiana Supreme Court held that “[o]nce Clark took the stand to testify along these lines, it was proper to permit the prosecution” to confront him with his MySpace posting, which “rebutted his defense” of reckless homicide. Clark v. State, supra. So it affirmed Clark’s conviction and his sentence of life without the possibility of parole.

This is the only reported case I can find in which a post on a social networking site was offered as evidence admissible under Rule 404(b). This court, of course, found that Rule 404(b) didn’t apply to Clark’s posting because he’s talking about himself, not about other crimes he’s committed. I think the Indiana Supreme Court was correct in that.

This isn’t the only reported case I’ve found that deals with using a MySpace or Facebook posting to impeach a witness. In State v. Corwin, 2009 WL 2562667 (Court of Appeals of Missouri 2009), the defendant, who was charged with “forcible rape” tried to introduce a posting on the victim’s Facebook page. The defendant in this case apparently wanted to introduce the posting – in which the victim said she’d had “`a pretty rough night’” and had “`the bruises to prove it’” – to prove that there were “alternative sources for the Victim’s injuries including the notion that she might have fallen down while intoxicated and bruised herself.” State v. Corwin, supra.

The Missouri Court of Appeals held that the trial court properly refused to admit the evidence because it wasn’t relevant. The Court of Appeals noted that this particular post was made nine months after the defendant allegedly raped the victim, and so could have no evidentiary bearing on that event. State v. Corwin, supra. It also noted that the defendant wanted to admit a printout of all or many of the victim’s Facebook postings, the scope of which far exceeded the issues in the rape trial; the court held that because the printout included a host of irrelevant evidence, it should not have been admitted as evidence in the rape trial. State v. Corwin, supra.

I’m sure we’ll see more decisions addressing the use of this kind of evidence. Aside from anything else, what we post online could definitely be used to impeach us if we took the stand at a trial or a hearing, which raises what might be a new issue. The victim in the Corwin case admitted she’d posted the comment about having had a “`pretty rough night’” but said she was “`trying to be funny’” when she wrote it and didn’t “`think that is what happened.” State v. Corwin, supra. So here, we essentially have the person who wrote the post impeaching herself.