Defendant Wins on Motion to Compel 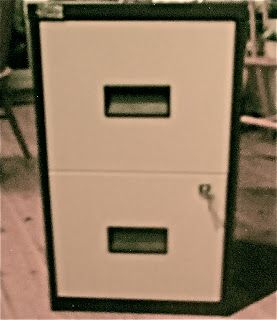 This post is about a case in which a defendant in a criminal case filed what is known as a “motion to compel.” As Wikipedia explains, a motion to compel asks a court to

The discovery process in civil and criminal cases, at both the state and federal levels, is governed by rules of court and/or statutes. Since the case we’ll be dealing with is a federal criminal case, the applicable rule is Rule 16 of the Federal Rules of Criminal Procedure, which you can find here.

Prior to his trial, which began in late July of 2009, Pires “moved to compel the” prosecution to “make substantive disclosures” under Rule 16 of the Federal Rules of Criminal Procedure [“Rule 16”] concerning “anticipated testimony by its proposed computer forensic expert, FBI employee David Brinton.” U.S. v. Pires, supra.

The motion to compel focused on two distinct issues, the first of which arose under Rule 16(a)(1)(F), which provides as follows:

Upon a defendant's request, the government must permit a defendant to inspect and to copy or photograph the results or reports of any physical or mental examination and of any scientific test or experiment if:

(i) the item is within the government's possession, custody, or control;

(ii) the attorney for the government knows--or through due diligence could know--that the item exists; and

(iii) the item is material to preparing the defense or the government intends to use the item in its case-in-chief at trial.

Here is what this part of Pires’ motion to compel focused on:

The government has provided Pires with a `Report of Examination’ dated December 6, 2007 (Docket # 48, Ex. D), in which Brinton describes the steps he took to examine computers seized during a search of defendant's residence. The report, however, only describes in the most general terms the evidence Brinton collected, without describing substantively the contents of that evidence. For example:

Located and bookmarked file cache and settings from the LimeWire application. Provided an internet history and cookie information in spreadsheet and database form. Provided basic Windows registry information in web page based format.


(Id. at 209.) The actual data in the spreadsheets, databases and web pages mentioned in this account and elsewhere in the report is neither described nor was it provided to defendant. ( See id. at 209-10 (describing additional bookmarks, database and spreadsheet evidence files created by Brinton).) [Rule 16(a)(1)(F)] requires the government, upon defendant's request, to `permit a defendant to inspect and to copy or photograph the results or reports of any physical or mental examination and of any scientific test or experiment’ if . . . the government intends to use the item in its case-in-chief at trial.’ Here, the government has made a physical examination of the computer it alleges contained child pornography.

U.S. v. Pires, supra. Pires had requested access to this information, but the prosecution was apparently refusing to give it to him (which is why he filed the motion to compel). The federal district court judge held that “[i]f the government intends to rely on any of the items listed in Brinton’s report not yet provided to defendant to establish an element of the charged offenses, it must make those items available for inspection by Pires’ counsel and computer expert.” U.S. v. Pires, supra. So Pires won on that issue.

The other issue Pires raised in his motion to compel arose under Rule 16(a)(1)(G), which provides as follows:

At the defendant's request, the government must give to the defendant a written summary of any testimony that the government intends to use under Rules 701, 703, or 705 of the Federal Rules of Evidence during its case-in-chief at trial. . . . . The summary provided under this subparagraph must describe the witness's opinions, the bases and reasons for those opinions, and the witness's qualifications.

In his motion to compel, Pires argued that

Brinton's proposed testimony [at his upcoming trial] amounts to expert interpretation and thus falls under the disclosure requirements of [Rule 16(a)(1)(G). In particular, he points to the government's disclosure that Brinton

may testify as to the history of [I]nternet sites visited, registry reports regarding recently used files and registered names, information regarding cookies and any viruses found on the computer as well. FE Brinton may testify as to how many searches were performed using the LimeWire software, when they were done and how many files were downloaded. In so testifying, FE Brinton will rely on his knowledge, skill, training and experience in forensic analysis of computers.

In ruling on this part of Pires’ motion to compel, the federal district court judge noted that Rule 16(a)(2)(G) “requires the government to provide defendant with a summary of any testimony that it intends to use under [Rules 702, 703 or 705]. . . . [which] pertain to lay or expert opinion testimony.” U.S. v. Pires, supra. In its commentary for this rule, the Advisory Committee that drafted Rule 16 explained that Rule 16(a)(2)(G) serves two purposes: By requiring that the defendant be given a summary of the expert’s anticipated testimony, it “permit[s] more complete pretrial preparation” by defense counsel. The Committee noted that the summary should inform the defendant and defense counsel “whether the expert will be providing only background information on a particular issue or whether the witness will actually offer an opinion.” Advisory Committee Note, Rule 16 of the Federal Rules of Criminal Procedure.

The other purpose is served by the requirement that the summary describe the “bases and reasons for” the opinion the expert intends to offer. Rule 16(a)(2)(GO. The Advisory Committee said the summary of the “bases and reasons” should encompass “not only written and oral reports, tests, reports, and investigations, but any information that might be recognized as a legitimate basis for an opinion” under Rule 703 of the Federal Rules of Evidence. Advisory Committee Note, Rule 16 of the Federal Rules of Criminal Procedure. In other words, this part of the rule ensures that the defense will not only learn that the expert will be offering an opinion, but will be given information from which it can evaluate the soundness of that opinion and, presumably, be able to attack the expert on cross-examination.

Pires won on this issue, as well. The federal judge held that he was entitled to the information he sought: “If, as defendant asserts, the government intends to elicit from Brinton factual information that is not recorded directly, but rather requires interpretation of or inference from some related information, then the government must provide defendant with a summary of that anticipated testimony.” U.S. v. Pires, supra.

I think the judge was right in both instances. The whole purpose of discovery (and the prosecution can seek discovery from the defendant, as well) is to try to make a trial as fair as possible (by preventing the “gotcha” tricks that used to be played, especially in criminal cases) and to make it as efficient as possible. If Pires weren’t given access to this information before trial, his lawyer might well ask the judge for an extended recess after Brinton testified so that the defense attorney and his computer expert could then prepare their cross-examination of him. This avoids the need for that.

The motion worked, but nothing else went well for Pires. As this news story notes, he went to trial and, on July 30 of this year, was convicted of attempting to receive child pornography and receiving child pornography. He apparently hasn’t been sentenced yet (though the article says sentencing was then set for October 22), but the story says he faces a minimum of 5 years in prison and up to 20 years, followed by a lifetime of supervised release. He was 24 when he was convicted.

Posted by Susan Brenner at 3:44 PM