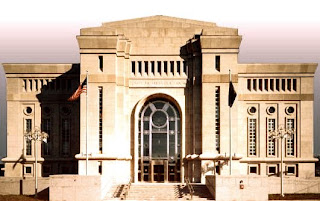 As I noted in an earlier post, courts are grappling with technology’s impact on what is called “juror misconduct.” As I explained, "juror misconduct" refers to conduct by jurors that is inconsistent with their proper role in a criminal trial.

Juror misconduct historically involved jurors conducting their own research (e.g., going to the crime scene to “get a feel for it”); with the Internet, jurors have gone online and researched legal or factual issues relevant to the matters involved in the trial. As I noted in the earlier post, this is improper behavior because jurors are only supposed to decide a case based on the evidence that is presented during trial.

I just ran across a case that involves a juror’s very different use of computer technology. In U.S. v. Villar, As I’ll explain in more detail later, the juror told the lawyer that certain things had happened in the jury room which indicated that some of the jurors were racially biased. U.S. v. Villar, supra. 2009 WL 3738787 (U.S. Court of Appeals for the First Circuit 2009), one of the jurors in Richard Villar’s criminal trial emailed Villar’s defense attorney after the verdict (a conviction) had been returned.

[A] teller at St. Mary's bank . . . was returning from lunch when a man wearing a hooded sweatshirt and a ski mask . . . stuck something against her side, and told her to get inside the bank. The man had a `Hispanic accent.’ . . . Once inside the bank, the teller saw that. . . . [a]nother man, who was white, was asking tellers to place money inside a bag. The Hispanic robber holding the gun pointed it at another teller who was hiding underneath her desk and told her to stand in the middle of the bank lobby. Later, he told the two tellers to get down on their knees before both men fled the bank. . . .

On the day of the robbery [Scott drove Villar and Gagnon to the bank and picked them up]. . . . a few blocks [from it]. . . . When they stopped at a gas station, Gagnon threw a bag of money on the front seat. Villar opened the bag and showed Scott the money. . . .

Eyewitnesses Rino Giordano and Melissa Nichols observed two men acting suspiciously around the time of the robbery in the vicinity of St. Mary's Bank. They described one of the subjects as Hispanic and as being shorter than his companion. . . .

“Hours after” the jury convicted Villar on all charges, his defense attorney went back to his office and received an email entitled “`Juror No. 66.’” U.S. v. Villar, supra. This is what the email said:

I . . . want you to know there were at least 3 people on that jury who actually listened to the testimony with an open mind. We tried to make the rest pay attention. We made them go through every piece of evidence and every witness. Between us we pointed out every discr[e]p[a]ncy. They made up some story to explain it away. . . . I will go to jail before I ever serve on another jury. It was awful. I'm sorry we couldn't do anything. We finally decided to not prolong that young man's hope any longer. We could have stayed there for another week. Their minds were made up from the first day. Here's one example, A man said `I guess we're profiling but they cause all the trouble.’ . . .[I]f I thought he would have gotten a different kind of jury the next time I think [I] would have kept them there. These people are the salt of the earth and there is no gray in their lives. I really hope they never get into the scales of blind justice because she isn't. . . .

After holding a hearing on the issue, the judge said that while he thought “ethic bias is so reprehensible in the deliberative process” he might act differently if he had the option of doing so, Rule 606(b) of the Federal Rules of Evidence “did not give him `discretion to act’” in this matter. U.S. v. Villar, supra. Rule 606(b) provides as follows:

Upon an inquiry into the validity of a verdict . . . a juror may not testify as to any . . . matter occurring during . . . the jury's deliberations or to the effect of anything upon that or any other juror's mind or emotions as influencing the juror to assent to or dissent from the verdict or concerning the juror's mental processes in connection therewith. But a juror may testify about (1) whether extraneous prejudicial information was improperly brought to the jury's attention, (2) whether any outside influence was improperly brought to bear upon any juror, or (3) whether there was a mistake in entering the verdict onto the verdict form. . . .

Rule 606(b) lets jurors testify about the kind of juror misconduct I described above, but not about what was said during deliberations. It seemed Villar was out of luck, i.e., had no way to use the email the juror sent his lawyer.

Villar appealed, but the Court of Appeals held that the district court judge was correct when he held that Rule 606(b) precluded him from investigating the allegation of bias raised by the juror’s email. U.S. v. Villar, supra. The Court of Appeals, however, also considered whether “the application of Rule 606(b) to prevent juror testimony about racial or ethnic statements made in jury deliberations is unconstitutional, violating a defendant’s right to due process under the Fifth Amendment and to a trial by an impartial jury as guaranteed by the Sixth Amendment.” U.S. v. Villar, supra.

The court began its analysis by evaluating the Supreme Court’s decision in Tanner v. U.S., 483 U.S. 107 (1987). After being convicted of federal crimes, the Tanner defendants moved for a new trial based on a call Tanner’s attorney received from one of the jurors after the trial was over; the juror told the lawyer that several of the jurors drank alcohol during their lunch breaks and tended to sleep during some of the afternoon sessions. Tanner v. U.S. supra. The district court judge in the Tanner case held that Rule 606(b) barred him from hearing juror testimony on the issue and therefore denied the motion for a new trial. Tanner v. U.S. supra.

The Supreme Court held that applying Rule 606(b) to bar juror testimony in this case did not violate the defendants’ right to an impartial jury. Tanner v. U.S. supra. The Tanner Court held that 4 aspects of the trial process adequately protect this right: potential jurors are examined during voir dire; during trial the jurors’ conduct is observable by the court, the lawyers and court personnel; jurors can observe each other and can report misconduct to the court before they enter a verdict; and a defendant can challenge a jury verdict after trial by using “nonjuror evidence of misconduct.” Tanner v. U.S. supra.

adequate safeguards in the context of racially and ethnically biased comments made during deliberations. While individual pre-trial voir dire of the jurors can help to disclose prejudice, it has shortcomings because some jurors may be reluctant to admit racial bias. In addition, visual observations of the jury by counsel and the court during trial are unlikely to identify jurors harboring racial or ethnic bias. Likewise, non-jurors are more likely to report inappropriate conduct-such as alcohol or drug use-among jurors than racial statements uttered during deliberations to which they are not privy.

U.S. v. Villar, supra. It held that the district court judge “did have the discretion to inquire into the validity of the verdict by hearing juror testimony to determine whether ethnically biased statements were made during jury deliberations and, if so, whether there is a substantial probability that such comments made a difference in the outcome of the trial.” U.S. v. Villar, supra. The Court of Appeals therefore remanded the matter to the district court judge so he could decide if he wanted to hear juror testimony or thought it was not appropriate given “the passage of time”. U.S. v. Villar, supra.

The appellate court emphasized that “not every stray or isolated off-base statement made during deliberations requires a hearing at which jury testimony is taken. . . . [T]he need to protect a frank and candid jury deliberation process is a strong policy consideration.” U.S. v. Villar, supra. It quoted the Tanner Court’s observation that

`[t]here is little doubt that postverdict investigation into juror misconduct would in some instances lead to the invalidation of verdicts reached after irresponsible or improper juror behavior. It is not at all clear, however, that the jury system could survive such efforts to perfect it.’

I found two civil cases in which jurors emailed a lawyer in the case, but neither email raised ethnic or racial bias, so the courts proceeded under Rule 606(b) or state versions of that rule. I found a criminal case – U.S. v. Iona Management S.A., 526 Supp.2d 319 (U.S. District Court for the District of Connecticut 2007) – in which one of the jurors sent the prosecutor an email congratulating him on getting a conviction. The defenseattorney filed a motion to have the juror interviewed to determine if he had been biased in favor of the government, but the district court judge found that while the juror’s email “may have been `uncommon’ and `congratulatory,” that fell “short of showing the degree of . . . misconduct” required to open an inquiry into the matter. U.S. v. Iona Management, supra.

I'm waiting for a case in which a juror emails one of the attorneys DURING deliberations.