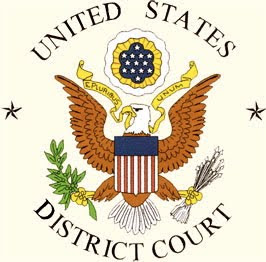 A recent decision of the U.S. Court of Appeals for the Sixth Circuit addresses an issue I, for one, hadn’t run across before.

Simms was charged with, and convicted of being a felon in possession of a firearm in violation of 18 U.C. Code § 922(g)(1). U.S. v. Simms, supra. The charge arose from these facts:

On November 9, 2005, Antrown Simms led Ohio adult parole officers on a short foot chase through a neighborhood in Mansfield, Ohio. He was eventually apprehended with a large amount of marijuana on his person and taken to the Richland County jail. During the chase, Simms passed by St. Peter's High School and, according to officers, appeared to alter his course as if to hide something. The following day a student at St. Peter's School notified a teacher that he spotted a firearm in the school's parking lot. The school in turn notified the Mansfield Police Department, which collected the firearm.

That brings us to the issue Simms raised in appealing his conviction on the § 922(g)(1) charge, which was a federal charge Though local police initially investigated the matter, it became a federal case; a federal grand jury indicted Simms for violating § 922(g)(1). U.S. v. Simms, supra.

As Wikipedia explains, a grand jury decides if “there is enough evidence [of criminal wrongdoing] for a trial. Grand juries carry out this duty by examining evidence presented to them by a prosecutor and issuing indictments”. The grand jury was created in 1166 by the Assize of Clarendon, a decree issued by the English King Henry II; the Assize created a new, larger (“grand”) jury to bring criminal charges that would then be tried by the smaller (“petit”) jury. At common law and in the federal system today, the grand jury consists of 16-23 jurors, while the trial jury consists of 12 jurors.

As Wikipedia notes, the Fifth Amendment to the U.S. Constitution requires that charges for “capital or infamous crimes” (e.g., felonies) be brought by a grand jury; the charging document the grand jury returns is known as an indictment. Since the Supreme Court has held that this clause of the Fifth Amendment only binds the federal government, the states can use grand juries and indictments or they can bring charges by other means; the most commonly used alternative is an “information,” which is a set of charges that is brought by a prosecutor, rather than by a grand jury.

Historically, after the paper indictment was returned to the magistrate judge, it was given to the Clerk of that federal district court; the Clerk would then use the indictment to open the criminal file in the case (the contents of which would, of course, all be hard copy). A few years ago, federal courts began switching to electronic filing; as part of the switch, they adopted local “electronic case filing” (ECF) rules. Here’s how one federal district court’s rule explains the process of electronically filing an indictment:

Indictments must be filed by the U.S. Attorneys Office on a disk or CD-ROM containing the documents in PDF format and must be accompanied by a paper copy of the documents. . . . The original indictment signed by the foreperson shall be returned by the foreperson to a District Judge or Magistrate Judge in open court at the conclusion of the grand jury session. The original indictment shall be retained in the files of the Court.

And that brings us back to the issue in U.S. v. Simms, supra. At trial, Simms’ lawyer

pointed out a flaw in the electronic indictment filed with the district court. . . . [T]he indictment used at trial -- and the only one available to Simms -- contained an offense date of August 15, 2006. However, all of the evidence presented at trial . . . focused on the foot chase of November 9, 2005. Apparently, the original indictment returned by the grand jury contained an offense date of November 9, 2005, but the date was mistakenly changed to August 15, 2006, when the indictment was electronically filed.

On appeal, Simms claimed “he was deprived of his Sixth Amendment right to notice of the charges against him because the electronic indictment contained an incorrect offense date.” U.S. v. Simms, supra. He seems to have argued that the error constituted either a constructive amendment of the indictment or a variance. U.S. v. Simms, supra.

Basically, both a constructive amendment and a variance involve a disconnect between the words used in an indictment and the evidence presented at trial. U.S. v. Simms, supra. The concern, in both regards, is that the defense will be prejudiced because they prepared to disprove one set of allegations and were then confronted with claims that differ, in varying degrees and varying ways, from that set of allegations. So essentially what Simms argued on appeal was that the error in the indictment prejudiced his ability to present an effective defense to the charges against him. U.S. v. Simms, supra.

This is the only case I’ve found, so far, in which the use of electronic filing in a criminal case resulted in a challenged to a conviction. A somewhat similar argument seems to have come up in U.S. v. Pegross, 2007 WL 1771542 (U.S. District Court for the Eastern District of Michigan 2007), but it doesn’t seem to have gone anywhere. In Pegross, the defendant’s attorney claimed that the

electronic filing of the indictment and signature of the grand jury foreperson is inadequate. Defendant also filed a motion seeking copies of the original indictment; he alleges the Government engaged in abusive practices by not providing a copy and that the indictment perhaps has been altered.

U.S. v. Pegross, supra. The district court judge in that case said he was going to examine the indictment, along with defense counsel and the prosecutor, to ensure that there had been no alteration. He found that this would safeguard the defendant’s rights and also found there was “no evidence that the Government intentionally withheld the original charging documents or engaged in abusive practices.” U.S. v. Pegross, supra.

Bottom line: It seems there may occasionally be glitches due to the way electronic filing is working at this point. The problem seems to be that there can occasionally be errors as a result of transferring/moving from the original paper indictment to the electronic version (for some reason I don’t quite understand). I assume it’s going to be a transient problem that will resolve itself as the electronic filing process becomes better established.