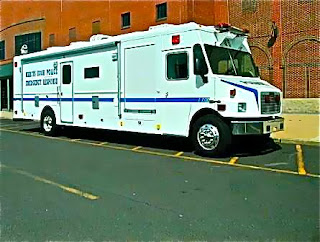 I explained that § 875(c) makes it a federal crime to transmit a “threat . . to injure the person of another” via interstate commerce, and using the Internet satisfies the Internet commerce element of the offense. I noted that the only open question was whether the content the student put online qualified as a threat, or what the law calls a “true threat.”

his statements were not “`hreats,’ were never transmitted to anyone, and there was `no imminent prospect of execution.’ Instead, he contends, they were more akin to `a college student's unfledged attempt at counterculture humor.’

Two days after the tragic shootings at Virginia Tech, Voneida, a student at the Harrisburg campus of Penn State University, posted several statements and pictures to different parts of his internet MySpace page that were the subject of his conviction. These statements and pictures included: `Someday: I'll make the Virginia Tech incident look like a trip to an amusement park’; `the weary violent types who are sick of self-righteous, lecherous, arrogant, and debauched attitudes displayed by [A]merican youth would band together with me for a day, and allow everyone at schools and universities across the nation to reap the bitter fruit of the seeds that they have been sowing for so long’; expressed `shock[ ]’ that after the Virginia Tech shootings his classmates `were actually surprised that there are people out there who would shoot them if given the opportunity’; `lost my respect for[ ] the sanctity of human life’; captioned a posting `Virginia Tech Massacre-They got what they deserved,’ where he noted his current mood was `extatically [sic] happy,’ and included a poem dedicated to the Virignia Tech shooter that concluded that the shooter's `undaunted and unquenched’ wrath would `sweep across the land’; and a picture of the bloodied Virginia Tech shooter holding two guns superimposed on a cross with the words `martyr,’ `massacre,’ `enrage,’ and `recompense.’

transmitted because his postings were more like a hand-written diary also fails. Section 875(c) requires that the communication be transmitted in interstate commerce. For other MySpace users to view the statements posted to various parts of Voneida's MySpace page, the postings had to pass through the main internet server, located in California. Further, the `amusement park’ statement and others were posted to Voneida's MySpace `bulletin board,’ which was set to send out update notices to members of his `buddy’ list when he added new information. And, those with access to Voneida's MySpace page could respond to his statements by posting their own comments on his page. Given these facts, we conclude that a rational jury could have determined that the offending statements met this element of the statute.

[T]here is no requirement in the statute of proof of imminency to make a threat real. In proving that Voneida's statements were threats, the Government `bore no burden of proving that [Voneida] intended his [statements] to be threatening or that he had an ability at the time to carry out the threats.’

When it comes to social networks such as Myspace, what does the Goverment need to prove interstate communication has occured? This case has answered that question.

1) You have a profile or Web Page on that site.
2) The Reader is in another State.

That is it the Goverment has now established that interstate communication has occurred and that any Blogs or information on the site where created by the owner.

I think it's stupid they gave him 19 months for this.

Doesn't a true threat have to make a person actually feel threatened? By the standards of this case, "Someday I'm going to kill someone, just for the fun of it" is a true threat.

The 19 months is not the true length of the sentencing, it must be remembered that he was arrested on July 2, 2007 and held without Bail. So the actual time for incarceration is for time served Plus 19 months for a total of 33 months.

The question of what is a threat has been answered in this case that is: what a reasonable person could conceive as a threat. The time frame of information presented to the jury has been limited to the date of posting till discovery. The definition that was not explained or addressed in this case is, what is a Reasonable Person? Should the jury have been able to analyze the full actions of Law Enforcement and Penn State in this case would they have come to the same verdict? If looking at the evidence the violation took place on April on April 18th and 19th, 2007 yet the arrest did not occur until July 2, 2007. The prosecution has tried to emphases the fact that they’re where less then 10 days in the Spring Semester, which ended May 11, 2007, remaining so he was allowed to remain on campus. The fact that Penn State allowed him to complete the Spring Semester and attend the first Summer Semester on the campus from May 20th till July 2nd 2007 was not presented to the jury. Which leaves the real question in this case what is the definition of a Reasonable person?