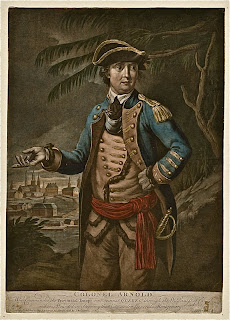 This post is a follow-up to a post I did recently in which I analyzed whether the federal government could nationalize private computer networks if the owners refused to let them be used in defensive (or offensive) cyberwarfare.

‘When war breaks out, a citizen's obligation of allegiance puts definite limits upon his freedom to act on his private judgment. If he trafficks with enemy agents, knowing them to be such, and being aware of their hostile mission intentionally gives them aid in steps essential to the execution of that mission, he has adhered to the enemies of his country, giving them aid and comfort, within our definition of treason. He is guilty of treason, whatever his motive.’

Best having knowingly aided agents of the enemy in their efforts to bring about the military defeat of the United States, it is of no consequence that he may have thought it was for the ultimate good of the United States to lose World War II, in order that Hitler might accomplish the destruction of an ally of the United States whom Best regarded as a potential enemy. So far as the legal issues . . . are concerned, it entirely irrelevant to speculate whether the present position . . . of the United States in world affairs are better or worse, as compared with what would probably have been the alternative prospect of facing the final life-and-death struggle with a triumphant Hitler, master of most of the world outside the Americas.

Posted by Susan Brenner at 6:33 AM