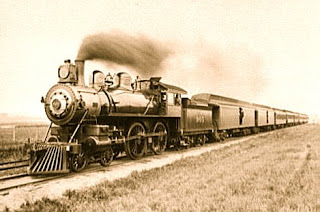 A few weeks ago, I was part of a conversation about the legal issues cyberwarfare raises. We were talking about various scenarios – e.g., a hostile nation-state uses cyberspace to attack the U.S. infrastructure by crippling or shutting down a power grid, air traffic control systems, financial system, etc.

By proclamation dated December 26, 1917, the President of the United States, acting under the powers conferred on him by the Constitution and laws of the United States, by joint resolution of the Senate and House of Representatives, bearing dates of April 6 and December 7, 1917, . . . (said resolutions being respectively the resolutions declaring that a state of war existed between the United States and Germany, and between the United States and Austria-Hungary), and particularly under the powers conferred by section (1) of the act of Congress approved August 29, 1916, entitled ‘An Act Making appropriations for the support of the Army for the fiscal year ending June thirtieth, nineteen hundred and seventeen, and for other purposes,‘ took . , , assumed control . . . as of December 31, 1917, of . . . railroads. . . .The principal railroads in the United States were so taken over, and a central and administrative board was. . .set up and known as the United States Railroad Administration, at the head of which was an officer appointed by the President, and known as the Director General of Railroads.

Posted by Susan Brenner at 7:05 AM

I can’t think of any historical instances in which civilians had the ability to exercise a veto power over nation-states’ ability to carry out acts of war.
Actually, it has been quite common for civilians to have veto over acts of war, even in recent times. Wars cost money, and that money generally has to come from a bank or other financial institution - if the financial institutions refuse to lend the money, there is no war.

As far as law is concerned, I think nationalization of the networks clearly is an option
Wouldn't this be a clear case of fifth amendment taking? As such, while legally possible, it would be ridiculously cost prohibitive.

There is another problem with this scenario, and one that makes it much hard to deal with. A cyber war will, by flowing over third party networks, effect more then just the target county - it will effect the traffic in all the countries in between, or on the path of communication. If this is between two nations that are relatively far apart, it could be *many* other countries. This would be like Uzbekistan deciding to go to war against Belerus - the countries in between are definitely going to have something to say about it.

Also, as for the network operators being able to detect and control attack traffic, it could actually be very difficult or completely not feasible to separate legitimate traffic from attack traffic, especially if the attacker is hopping out of multiple locations.

Actually, the (US owned)airlines are already subject to being placed under national control in time of war. The key aspect of this is that it requires congressional approval, but is implemented by order of the FAA. As for bombing, uh, no. The airframes are transports, and would be used as such. Another point is that a large number of the pilots are reservists, and might be called up. You must remember, though, that logistical support is a necessary requirement for any military action lasting beyond about 15 minutes.